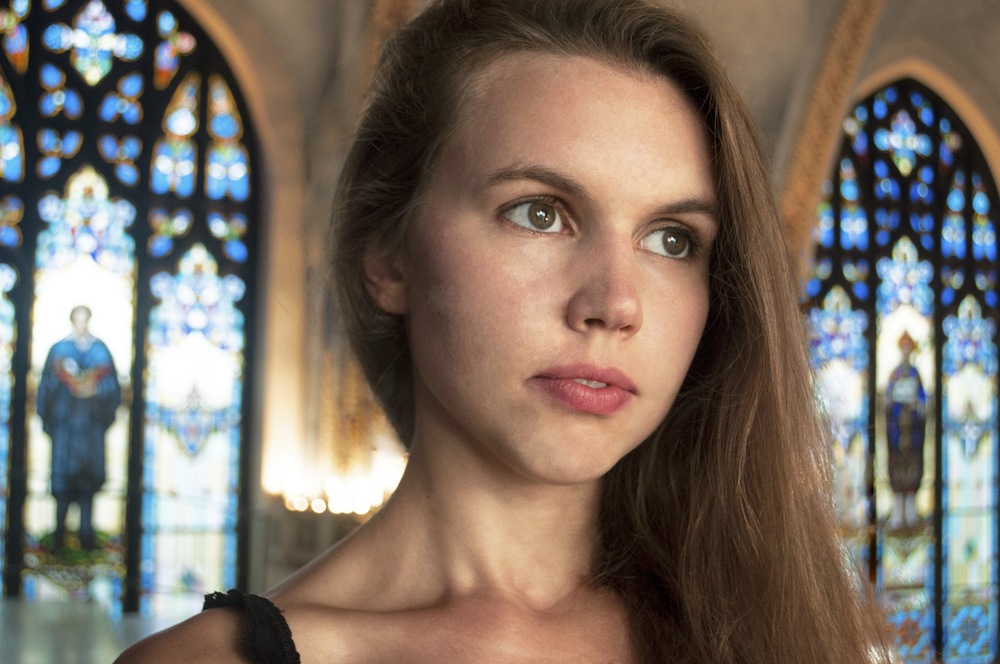 By Chelsea Gulbransen-Blye on November 22, 2017

Chicago transplant Hope Littwin is a singer, composer, and multi-instrumentalist who uses her music as a form of exploration in a variety of themes. Her newest album Wild Beast is her exploration of our primal nature and, more specifically, feminine rage.

“Wild beast is the beast inside you,” Littwin said.

She explains that parts of the album manifested from a relationship, or lack thereof, which led to self-destructive behavior that she could only observe from the outside until the process was over. She didn’t need to give specifics for the feeling to be relatable, often romantic relationships can bring us to our breaking point.

Hope has classical training which is evident from some of her biggest influences, Bach and Mozart, add Prince to that list and it is easy to see how she has become the experimental artist she is today. She also surrounds herself with those who view art as she does, using a photographer as a cinematographer for her music video When it was Over.

It is evident in the way she says that second “love” that she is driven by that feeling and it is what allows her to work in the seemingly low paid world of art. From here the conversation turns to where she has chosen to pursue her art, Chicago. Born in New York she moved to Seattle then Miami before settling in the Windy City for the past 12 years.

She then discussed the differences between creating art in Chicago versus the coasts, which came down to money. It seems that Chicago, while having an abundance of artists who can make art cheaply, lacks the money to drive backers like in New York or LA. She compliments Chicago’s working class mentality and collaborative spirit which has made it the thriving artistic community it is today despite inadequate funds.

It is apparent that her opinions on art extend beyond her music, as she discusses grants and platforms that are given to artists.

“We want to hear black stories, latina stories, LGBT stories,” Littwin said. “Don’t adjust your story just to fit what you think is social consciousness in that way or if you do want to make that story than give the microphone to someone who that is their story and assist them in telling that.”

Social awareness and feminism run in her family, as her grandmother was the first woman to graduate from Stanford Medical, but she does make a distinction between her brand and some of the feminism we see today. Bland feminism that demonizes men or only benefits white women is not something she has patience for.
At one point she almost jokingly describes her brand as “feminist rage” which when paired with the themes of her album makes sense. 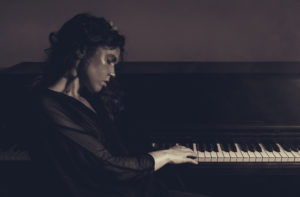 “We live in the emotional dark ages and art is going to help us through that” Littwin said.

For her, we are living in a time where empathy is harder to come by and she discusses studies where children can’t read emotions the way we used to. Screens have made it harder for us to connect face to face and it seems as though art will bridge that divide. Beyond that, many people are comfortable being numb and trying to avoid feeling.

“Emotions are intelligence too!” Hope said with a passion that is infectious.

The play Mr. Burns: a Post Electric Play by Anne Washburn is brought up, the plot is centered around a group of people who have survived the apocalypse and now do travelling performances of Simpsons episodes. The idea of which is perfectly encapsulated in Hope’s ideas of art saving us through dark times.

Hope Littwin’s views on art as well as how she chooses to create it perfectly sum up how the millennial generation creates and consumes not only art but the world. Her choice of Chicago as her place to create allows her the freedom to make the art she wants and gives her the ability to strive for the highest quality. Content is constantly coming out but it is the drive and the experiences that lead to successful art and creators.

You can hear the entire podcast episode here, you can also head to Hope’s site here to learn more about all of her work.