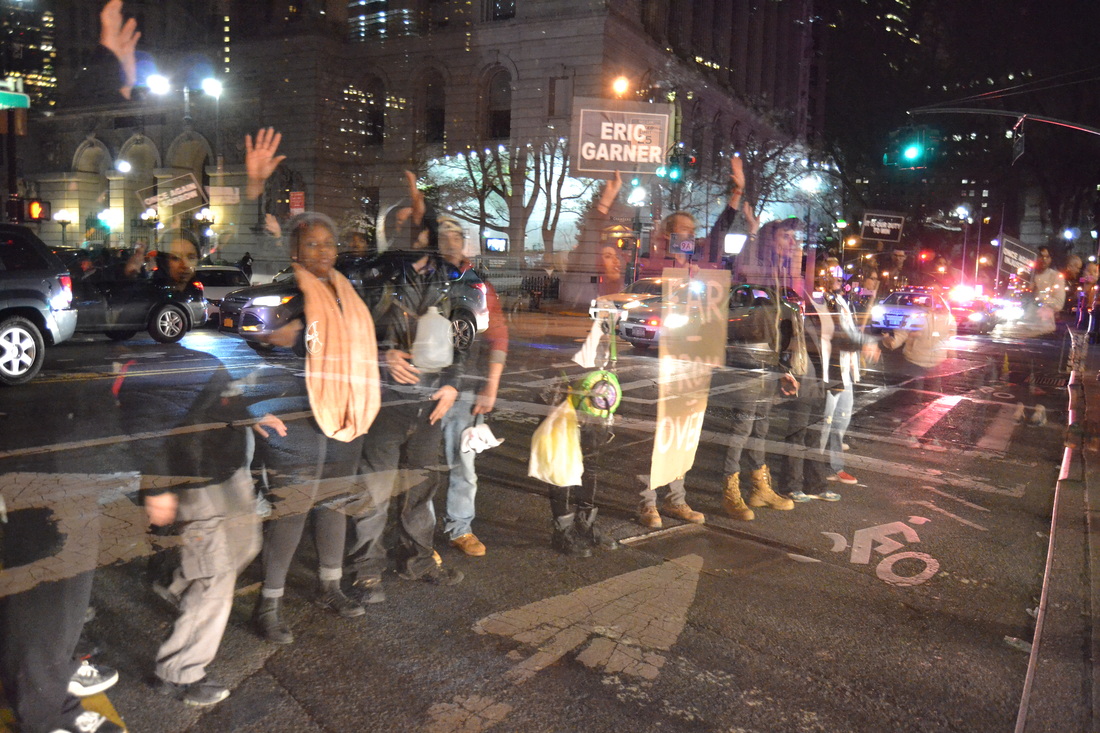 One Night in November: A Photography Collection From Protests in NYC Following Ferguson Grand Jury Decision

By Scapi Magazine on October 30, 2014
Photos and Text by Jennifer-Leigh Oprihory

These photos are not meant to express an opinion either way on the grand jury’s verdict pertaining to Darren Wilson.  Rather, they are meant to serve as a visual history of what I personally perceived to be a second coming of the 1960’s spirit of nonviolent protest and civil-rights demonstration.  I chose to go with composite images because I felt this methods most accurately reflected the spirit of the night’s protests — people uniting in such a way that individual names and faces came second to their united reason for being there, the effect that their mass presence and inertia had on their surroundings and the energy created by this sociocultural domino effect of the night.

Most importantly, though, one of the most earnest and repetitive requests currently being communicated by the African-American community following the no-indictment announcement has been a simple request: for persons of color to take control of the narrative, and for white Americans to exercise allyship predominately through witness and the empowerment of diverse voices and perspectives.

So, while these images portray protestors of various backgrounds, this collection of images is chiefly meant to make good on that request: to bear witness from the background, to be a vessel for this necessary storyline without becoming the subject.

To keep this dialogue going, all you’ve got to do is watch, listen and remember.