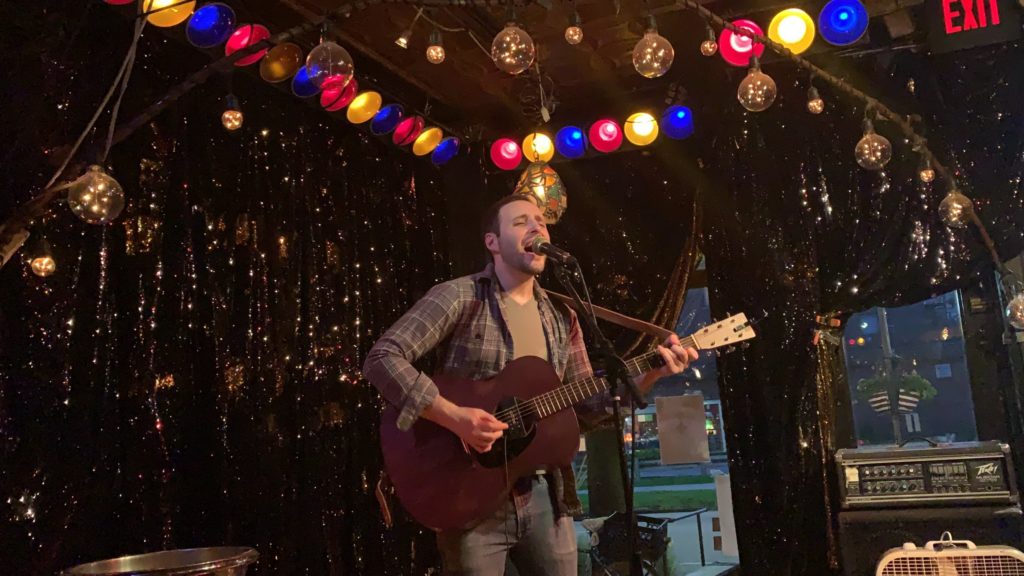 Can’t Eat the Queso, now: A Deconstructive Expression to Thin Lear’s Death in A Field

To Death in A Field, by Thin Lear,

And, in Philosophy, presence is goodness, truth, purity, a thing in itself. Totally whole, transparent, a full meaning contained in a word, object, or idea.

And, this is the first expression I will write for publication, in lieu of the tired traditional review, for a single released by Thin Lear, named Death in A Field.

And I’ve written expressions before, in my journal, responses to whatever external stimuli seeps into and bounces within my skull long enough for me to write about it later. One way to think of expressions are as responses, like GIFs to texts, poems to faces. My face to art. Extensions of past material filling with gaps in meaning as it burns into newness, and the process of filling those gaps with improvisation.

And, I tried to approach this expression with a blank head, hoping it would yield the purest and most complimentary expression possible. A present expression. I would listen to Death in A Field with no preexisting ideas, expectations, or distractions, because, if I don’t try to clear my mind, whatever expression I might make to Death in a Field will be tainted by my monkey brain buzz, a reflection of my own thoughts structured, in some way, by the song’s themes. It will only be a reflection of me.

And then, then, then, I realized that my mind will never be blank enough to produce the pure expression I imagine to be possible.

And, if I were to accomplish such a blank-slated mind, whatever comes from it would be meaningless, because meaning is a web. It relies on context, on deferring to other, similar ideas. There is no such thing as presence in the pure and whole sense I described at the top.

Meaning comprises the processes of difference and deference. Any word, for example, is only comprehensible through traces of words which contrast–and therefore give meaning to (black, in part, is defined by white)–it, and words which are harmonious to it. Look up a word in a dictionary, and you will forever defer to a new word, but not once gain a sort of set, whole-in-itself meaning for the original.

This is deconstruction. And, it happens from the inside, not the outside.

In the spirit of Death and music: There is a term in Derrida’s deconstruction, “hauntology.” He was a jazz fan, and jazz is highly hauntological.

You play a piece as written, then you play it again and improvise on it. While improvising, you create an entirely new piece of music, but this new music is in reference to the written piece, though nor you or your audience can hear the written piece anymore. The presence of the new, improvised piece is made of, even relies on, the ghost of the written piece. These ghosts exist in all contextual webs of meaning, especially regarding art.

My expression, per these ideas, will rely on the hauntology of anything my brain, consciously or subconsciously, that relates to or helps to define the sound and lyrics of Death in A Field. I will comprehend its words only by the web of context and hauntology that helps define them, and the absent list of contrasting words that help do the same.

And, I will compromise. I will clear my superficial head of the superficial stuff, like expectations for the music or buying cat litter or dreading brushing my teeth, because I don’t want to leave my bed, and I will leave only what I’ve been dreaming about for the past few days (as you can’t simply clear the subconscious): nothing but dreams about the CIA and imperialism and fascism and failing to care for small animals (last night I dreamt I took my irl cat, Schnappi, to the forest on a leash. I brought with us my pet spider, who, before this dream, I had never met, and, later, would accidentally drop into a jar of nacho cheese and inadvertently asphyxiate to death. I am afraid I will not be able to finish the irl jar of queso I have in my fridge.)

And, Death in A Field is about Death

On my first listen, I type in real time:

For the first moments of singing I thought of Hot Chip, which is a good thing, because I love Hot Chip’s voice

And beach house, at the first strings, even before the singing, though that is not accurate and this song is not much like beach house

A bird tweeted in perfect compliment to the song, and I rewound to see if the bird was actually part of the track

It is inspired by the passing of a loved one, according to the background info I recieved

It is possible that I dream about imperialism

Right around this day, actually it is May 2

A certain line is, Summer day the dawn of my life. After the first refrain, I begin the song again.

He says hungry and wild and rhymes it with child in the first minute.

Which would go better with seek personal truth? Were either of my two guesses correct? Could the ambiguity be a device, where any words I could possibly derive from the buzz of his larynx at that moment all work toward the theme?

Is dawn the end of something or the beginning, and what does it mean for the dawn of your life to be an entire day?

Giddy with freedom and flushed with my time (like, blushing with the expanse of time you have now that you are free?) I am not  sure if he says flushed, but I prefer it.

Oh summer day, the dawn of my life.

The guitar is dreamy, at points. Ukulele?

Caring for small animals, that is my official annotation.

A linguistic meditation of dawn, the word.

And, a phenomenal meditation of dawn, the sky.

I’ll tell you, the through line is death. As it is the song’s theme, the dawn of life, and the theme of my subconscious or dream mind, the CIA, imperialism, fascism, and failing to care for the spider; ideas I will link and loop and chain to contextualize and place myself in being, until it all implodes.

Much of this expression is informed by the eloquent explanations of Derrida given by absence of Death is Just Around the Corner, hosted by Michael S Judge.

Listen to Death in A Field here https://open.spotify.com/album/473jmdYHMoftc1MDC0NJ2m