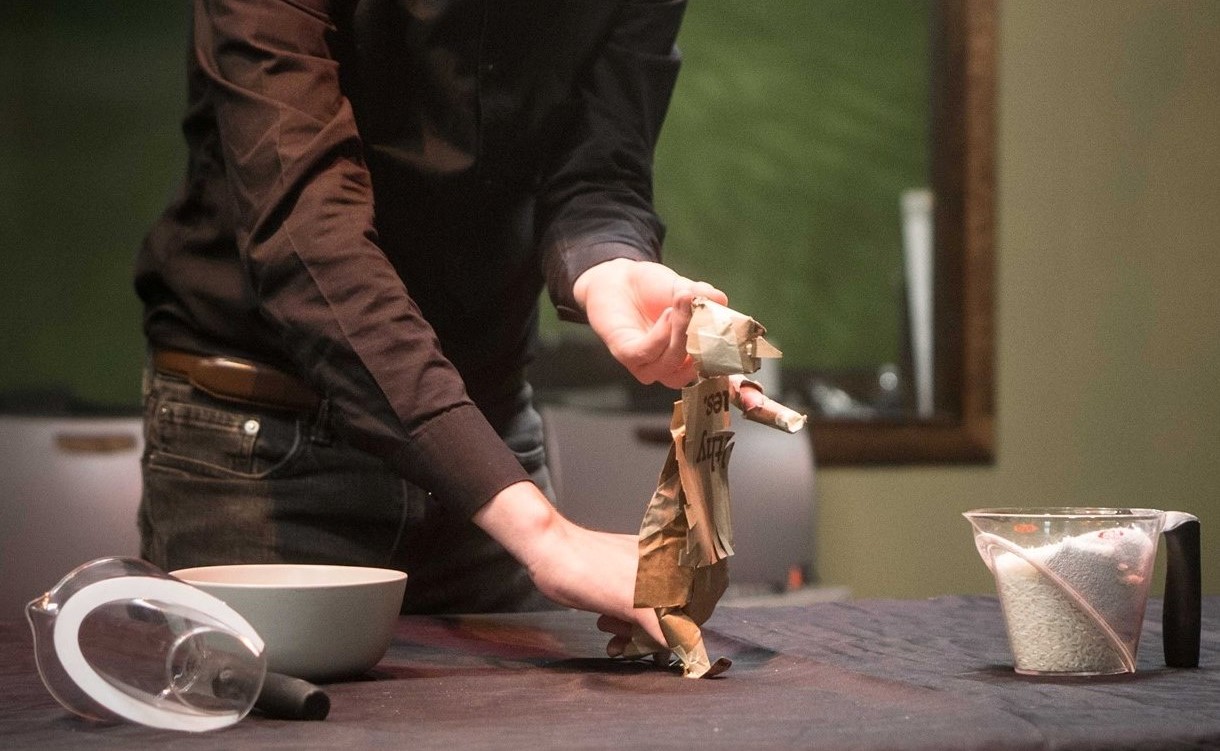 Spoken Journalism, The Art of Podcast, and Some Small Magic: a Conversation with Fletcher Pierson

Magic is real. Or so says Fletcher Pierson, creator of the podcast Some Small Magic.

The art of podcast is the magic of many things. The intimacy of listening to different voices, and the trust of letting complete strangers whisper in your ear. The feeling of silence between sentences, and the murmur of the space in which theses people are speaking. Charged in its ability to translate moments through sound waves, spoken journalism provides listeners with the magic of human connection.

Daniel Johanson and Maureen Smith of Scapi Radio sat down with Fletcher to talk spoken journalism, the art of podcast, and his podcast Some Small Magic.

Daniel and Fletcher met at the Goodman Theatre, both attended the Criticism in a Changing America Bootcamp, an intensive training workshop focusing on the ways in which theatre interacts with contemporary issues.

Fletcher, a podcaster, journalist, and puppeteer describes himself, “I am not a critic. I am kind of like a journalist with a very archival bend.”

In the world of spoken journalism, where is the balance between objectivity and opinion? The topic of conversation changes rapidly between the three, occasionally  interjected by spontaneous interruptions by Maureen and Daniel’s cat, or the unplugging of a pair of headphones. The medium of podcast is so momental, always leaving room for shifts in thoughts and conversation.

Fletcher talks about the creation of his podcast Some Small Magic, a bi-weekly interview series featuring various contemporary artists. Laughter erupts from the podcast app on my iPhone, both Some Small Magic and Scapi Radio first aired on Valentine’s Day of this year. The electricity of the moment isn’t lost in translation.

Fletcher provides some context for the birth of Some Small Magic. He speaks about the problems that lead to the project’s inception:

“I hadn’t been thinking about doing a podcast for a long time, but I had been thinking about the problems that I wanted it to solve for a long time,” Pierson said. “And those problems were: that I didn’t go to college, so I had no networks of professors or creative mentors aside from people I had worked with, and there were a lot of really cool people that I wanted to meet and get their thoughts on various things. So I was also really lonely and I wanted an excuse to travel, so I was like “What if I just do a show where I get to ask people all these very bizarre, kind of impractical questions about art, and they give me answers about them.”

“I wanted to be meeting creators who had a body of knowledge that they had created for themselves,” Pierson said. “I wanted to go back to people who had war stories, and who had figured out what worked for them.”

Fletcher also reveals that he’s a puppeteer, and gives insight into what drew him to puppetry.

“I had a lot of really particular questions about the ethics of subjecting an audience to a piece that they do not expect to be happening around them, and I needed older artists with more experience to talk about that with,” Pierson said.

There is always this moment in a podcast when the air clears a little, and you can feel everybody relax into their chairs. The three talk about the ways in which they were drawn to the form of spoken journalism. They joke about being held up at gunpoint and forced to podcast:

“GIVE THIS PERSON YOUR ATTENTION AND CARE. ASK THEM WHAT MAKES THEM TICK. EDIT IT, MAKE THEM SOUND REALLY GOOD, DO IT,” Pierson said.

Maybe the art of podcast is really the art of developing true active listening, mastering the delicate balance of wording, preparation, and timing. The magic of the show is leaving space for the moment of thought and reflection, disregarding the need for a more “publishable” answer.

Fletcher speaks to the interview process, a skill that he feels he fine-tuned and tailored over time.

“The question that I just don’t bother asking anymore is ‘Why do you continue to make art?’ because it was always the same answer: ‘It’s what I love,’ and ‘I don’t want to do anything else,’” Pierson said.

Fletcher Pierson has been practicing puppetry for two years, and currently he has a show in production titled Ghost Show .

“The production cycle on Puppet Shows is usually around or upwards of two years, and then you just do it until you die,” Pierson said.

Maureen laughs, this time the sound is muffled as if she’s stifling it with her hand. I’ve never met Fletcher, I don’t even know what he looks like, but I can hear him smiling.

Fletcher has completed two seasons of Some Small Magic, and the third season, focusing on the breadth of new work, is currently in production.

You can hear the full interview with Fletcher here, and check out Some Small Magic in the podcast places