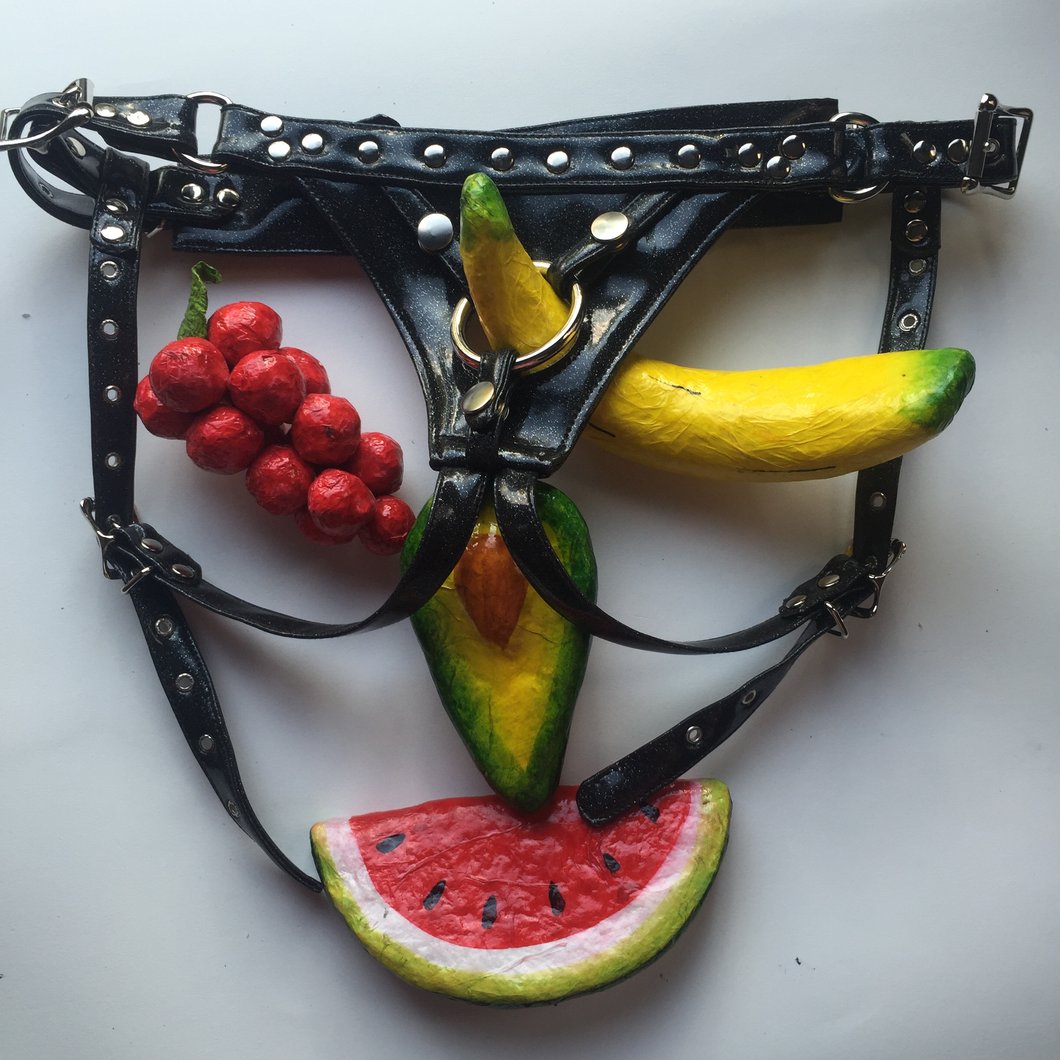 Gnat Gear and Femme Representation in Leather: A conversation with Gnat Rosa Madrid

Gnat got started designing femme-centric fetish wear while she was pursuing her BFA at the School of the Art Institute of Chicago.

“I did my undergraduate BFA at the School of the Art Institute of Chicago, and that was really amazing,” Madrid said. “I was in their very intense and competitive fashion program, but I also dabbled in a lot of different subjects. I did classes in fiber materials studies, print media, painting, queer theory, gender and women studies. So I was just living my interdisciplinary life there. It was great. And ya know, four years later in 2013, I hadn’t slept for many years, but I graduated and won the Walk Fellowship, which is a fellowship that they give to a graduating senior, to kind of start their career as a fashion designer. And at that time I had also won the Critical Fierceness grant from Chances Dances, which is a queer empowering artist grant that is funded by dance parties here in Chicago.”

With these grants, Gnat was able to invest in her home studio, as she had previously used SAIC’s resources to do her work.

“While I was in school, I was studying all of the normal stuff of fashion design school, like women’s wear, men’s wear, accessories. And because I am a queer-identified person, that felt kind of limiting, to talk about apparel and clothing in this very binary and normative way. And while I am very skilled at creating actual garments, like blouses and suits and dresses and gowns, I started making accessories and fetish gear. I was wearing these pieces out and about. And I was very influenced early on by Zana Bayne, who is a designer in the fashion world who creates leather harnesses and other kinds of fashion fetish pieces. I saw her doing that, and she’s also like a curvy bad-ass femme with big curly hair. And I was like, ‘Oh wait, I’m a curvy femme with curly hair!” So I started making my own harnesses, because I couldn’t afford her’s. But I was using this glittery vinyl, and colorful leathers instead.”

The brand got its start when Gnat began creating colorful queer harnesses and garments to go out dancing in, garnering attention from other party-goers.

Although Gnat was busy working toward their degree, their friends pushed them to start an Etsy shop. The gear they create can be used for dancing, music videos, performing, and intimate use. 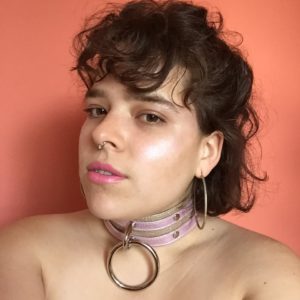 Hanging on Gnat’s refrigerator is a 35mm photo of the first piece of gear she designed. It was created for an art show titled “Out of the Closet and Into the Attic,” literally taking place in an attic doubling as a gallery space.

“Work like mine is made in black leather for leather daddies, for men, for masculine-identified gay people, but that doesn’t always reflect everyone in the LGBTQ spectrum,” Madrid said.

“The history of leather is very masculine, and I am grateful to the gay elders that came before me that created that space, but I think that now that we are contemporary queer people, we need to move beyond that binary,” Madrid said.

Daniel, Maureen, and Gnat switch gears to talk a little more about the School of the Art Institute of Chicago.

“Because my program was so intense, and it’s notoriously very intense, I felt very satisfied with my program. Because it pushed me to learn a lot in a short amount of time, and make amazing art,” Madrid said. “And the connections that I made there were invaluable.”

Through some connections, friends, mentors, and great recommendations, Gnat was able to get an internship in Paris with designer Bernhard Wilhelm in 2012.

“It was amazing, it was so special,” Madrid said. “I was working for this amazing designer in Paris, in his studio working with him closely to develop garments and accessory for his new season. Which was very lucky! A lot of folks who work in fashion go to New York for a summer and get cupcakes and coffee for Marc Jacobs. Because the industry is so competitive and so huge, it’s really hard for young designers and students to get awesome internships or jobs right out of school.”

Gnat walks us through a day in the life of a Paris fashion internship.

“I rented an air bnb, and I would ride my bike there,” Madrid said. “It was just on a little street, the studio was a converted apartment that had big tables, messy boxes full of stuff. Bernhard was there, kind of like, smelly and shirtless and sexy. He’s amazing, he’s just like a really slutty and sexy gay man from Belgium… Because I was super experienced, it wasn’t hard, but it was very intimidating. So I, that summer, learned to sew very very well. Because I didn’t want to disappoint them. I remember one time they had me draft a pattern and bring it to them to make. And I gave it to them, and as they’re fitting something, I realized, ‘Oh my god, this was off grain, this was not straight.’ And I was like, ‘Give me one second!’ And ran into the atelier, re-drafted it, re-cut it out, brought it out to them, and was like, ‘Throw this away, I’m sorry, it’s wrong.’ And they were like, ‘Okay…’ They weren’t mad, but you could sense the tension. But I love that, because that summer was tough.”

During the course of the internship, Gnat assisted with Bernhard Willhelm’s men’s wear fashion show, creating living tableaus in lieu of a traditional runway show. 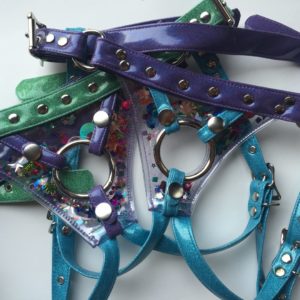 “It was interesting, because a lot of the work reminded me of my own work. He had these huge backpacks that were glittery and sparkling, kind of camping style, and I had done something like that for my junior presentation the year before,” Madrid said. “It was a collection about queer mobility and creating your own home and destabilization of your home life and your home base. I brought it up to him, I was like, ‘this really reminds me of the work that I make, have you seen it?’ And he was like, ‘Oh yeah. I saw it.” I realized that he was a part of bringing me on their crew, and maybe was inspired by my work.”

Gnat’s time in Paris inspired her to bring what they learned home to Chicago.

“Being away from my queer community just made me ache for it even more, and when I came back I had all of that confidence from my internship, and all of this fire and intention to create amazing spaces and amazing work for Chicago,” Madrid said.

You can listen to the Scapi Radio podcast featuring Gnat Rosa Madrid here, and check out her work here.