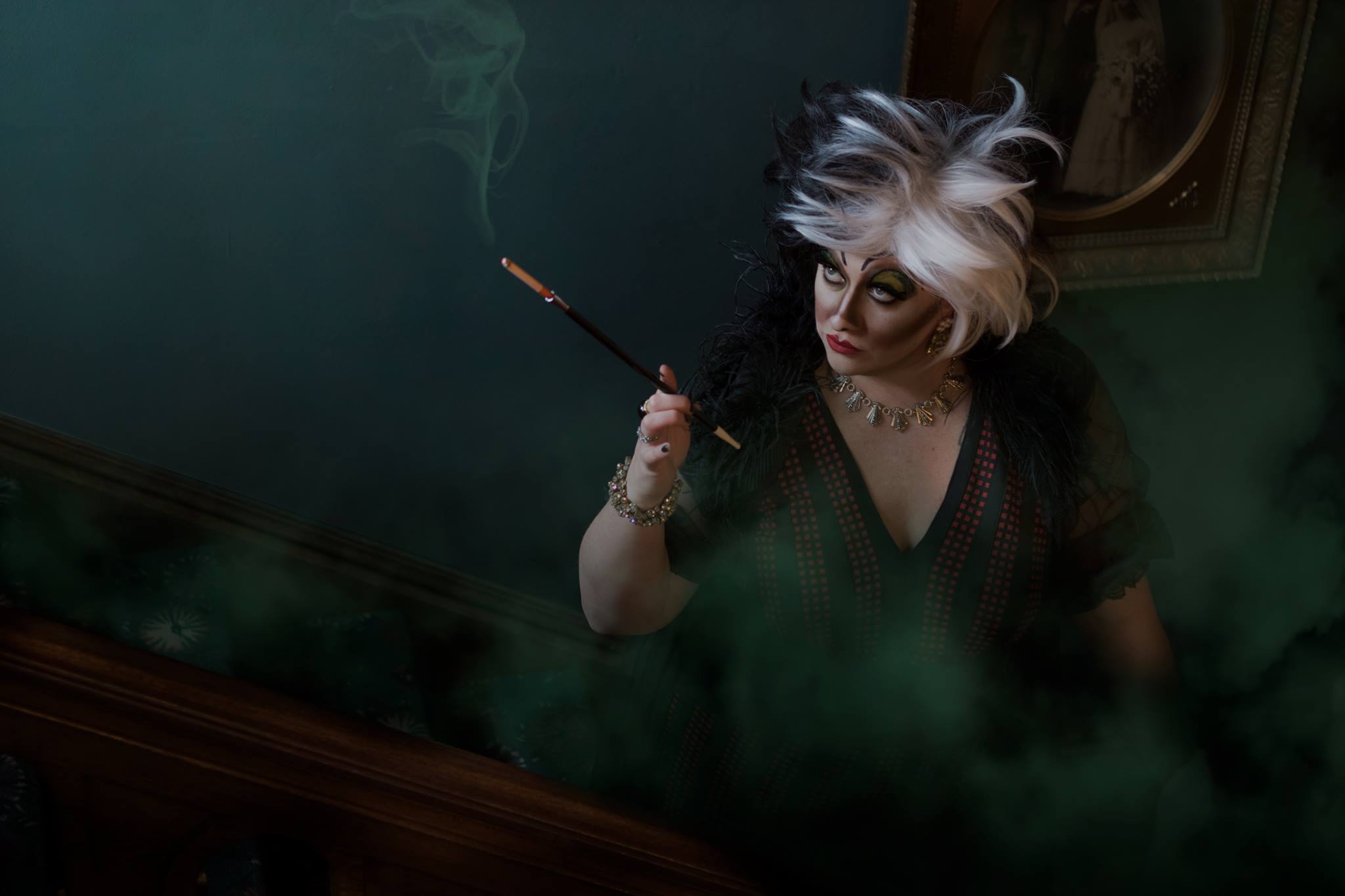 Have Villain, Will Travel: A Conversation with K’Eric’Ters

By Chelsea Gulbransen-Blye on January 6, 2018

Back in October, Scapi Magazine sat down with Marcee Doherty-Elst and Eric Welch-Streisand to talk their Disney Villain extended makeup project K’Eric’ters.

When Welch-Streisand approached Doherty-Elst for the first time, he had been told that she was a person to know- that they would get along well. During their first rehearsal of Mary Poppins at the Racine Theater Guild he walked up to her and enthusiastically introduced himself.

It didn’t seem like a meeting of the minds at first. Marcee says she looked up from her binder, said ‘Hi,’ then went back to work. That quickly changed ‘once she knew I had talent,’ Eric jokes.

Soon enough they were in The Little Mermaid together. that’s when Eric knew he wanted to turn Marcee into every Disney Villain. The two joined forces to create K’Eric’ters, a hair and makeup company with a play on his name. They came up with this name while sitting in a Wendy’s, funnily enough, and all parties are hoping for the classic Wendy’s clapback.

Their current project, which spanned all of 2017 and is moving into 2018, is to turn Marcee into every Disney Villain. So far she has gotten to play classic characters such as Scar, Cruella De Vil, Jafar, and Ursula. Her personal favorite, Maleficent, was a look which had just won them a costume contest with before sitting down with Scapi Mag. Eric is a trained cosmetologist but self taught in the world of costume makeup and wig styling- something you would not guess by looking at his work.

“Can I change her face and body to look like a man?” Welch-Streisand said.

The goal is not to turn Marcee into a hypersexualized version of these characters. Part of the challenge is keeping her from looking like a woman when they do characters like Jafar or, later this year, Gaston.

“There are times when characters should not be limited by gender and that there is something special about the fluidity of being able to portray any character,” Doherty-Elst said. 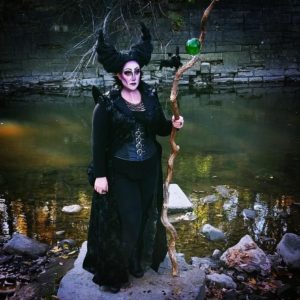 As if that wasn’t enough of a challenge, Eric has added another layer by not using prosthetics or additional props. Relying solely on makeup and wigs he transforms Marcee into different characters regularly. Maleficent being a great example of this because he fashioned a wig into her iconic horns.

Social media plays half of the role in their marketing with Facebook, Instagram, and Twitter. Most notably, his work can be seen on Buzzfeed’s community section. Eric has recently started fundraising to get his company to grow. They have linked up with Traveling Lemur for some very impressive photoshoots.

They take their work beyond the virtual into the physical world. Marcee and Eric gone to a local adoption fundraiser for a photo shoot as Cruella De Vil, wandered Farmer’s Markets with Marcee as Winifred Sanderson from Hocus Pocus and just this past October they went as Ursula, Ariel, and Prince Eric to a children’s hospital to entertain the kids.

“I don’t know if I could take anybody and turn them into these characters,” Welch-Streisand said. “Because she really does bring them to life. You can’t just have somebody looking like a character and not portraying the character.”

However, Marcee is more than just a model and an actor. She brings the production elements to the table in full swing. She helps book venues, negotiates and consolidates resources to keep the budget low, and works with their customers in order to get the best shots.

When she plays Winifred Sanderson, the book she uses is made out a goodwill find with modge podge, paper towels, and paint. It’s marvelous.

“We have totally different skills when it comes to K’Eric’ters,” Doherty-Elst said. I’ve got sort of the business experience from Theater Red that I can bring into producing the aspects of the shoot so that he can focus on the creative things.”

They exemplify a working partnership in today’s creative world. Everyone is bringing something to the table at this point. it’s not about just showing up and sitting in a chair.

Marcee is just as engaged and invested in the company as Eric. While this is currently a labor of love, he is getting a few jobs in theaters and is not opposed to the idea of working for them. But just so you know, Disney: he comes with his own villain.

You can hear our entire interview with Marcee Doherty-Elst and Eric Welch-Streisand here, and check out more of their work here.