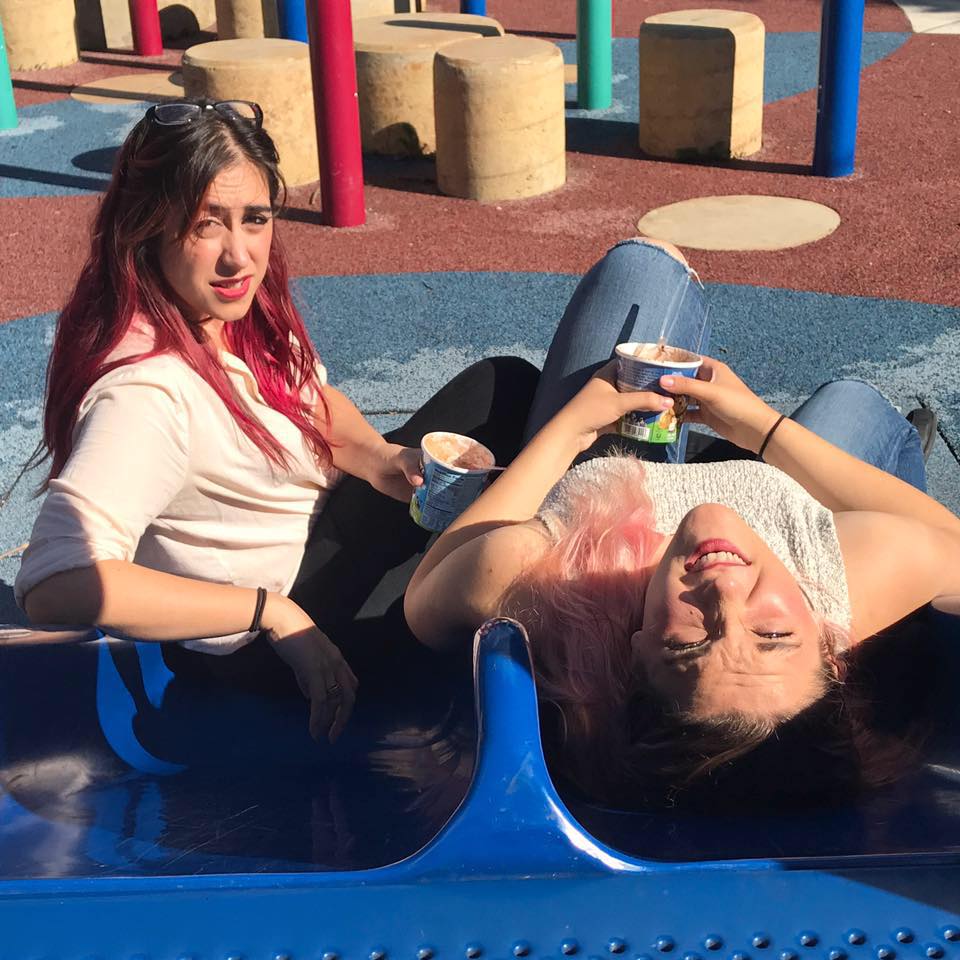 On August 14, 2017, Daniel and Maureen met with Ariel Beilin and Chelsea Blye, two female comedians, to talk about the first season of their web series Pretty.Funny. Pretty.Funny consists of a series of comedy sketches presenting a variety of different characters in diverse situations. The first season of their show took two years to complete. Before uploading their episodes, Ariel and Chelsea wrote all the scripts, before filming their content, and, lastly, editing the episodes.

“The episodes were just going to come out It was going to be a breeze.” Beilin said, “I was going to not have to worry about anything for a few weeks before we went into writing the next round. It’s not like that.”

Ariel and Chelsea encountered obstacles when completing their first season, including learning curves when learning how to handle and use equipment, and editing software.

They chose to use GoPro cameras, and Ariel and Chelsea were ultimately satisfied with the final product. The video quality worked with the home-grown/DIY-Youtube aesthetic they were pursuing.

“We can tell people we actually were doing something, we weren’t lying about how we were spending our time,” Beilin said

Additionally, Ariel and Chelsea encountered challenges when casting actors. They had to consider rewriting characters when they could not find a specific actor for a specific role. For example, after struggling to film a skit in which they needed an African American male, Ariel and Chelsea considered making their character a lesbian because they had access to more women within their friend group than African American males.

Ultimately, changing the character’s gender and sexual orientation proved to be unnecessary. The skit was produced as had been planned.

Another challenge encountered when creating Pretty.Funny was naming the series. Ariel shares that they at some point had a Microsoft Word document with two columns of potential names. Agreeing on a name for the series was difficult.

Ariel says, “One day I was just like “Pretty Funny.” Chelsea continues, “Initially it was going to be #coolgirls.” 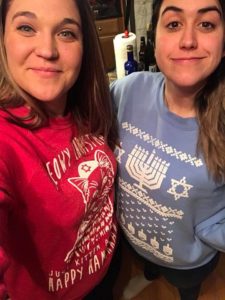 “I’m very big on the concept that comedy doesn’t have to hurt another person to be funny. Like you don’t need to make a joke at someone else’s expense in order to get a laugh,” Blye said.

“Our humor is pretty clean for the most part,” Beilin said. “If my dad can’t watch it, I can’t do it.”

Although they try to be mindful about potentially problematic material .They are aware of their own humanity and admit that they sometimes make mistakes. Ariel states that sometimes they find “a problematic concept that we didn’t realize was problematic.”

In terms of looking forward and thinking about Pretty.Funny’s second season, Chelsea and Ariel already have plans. They have decided that, unlike what they had done for the first season, they would prefer to write, film, and edit each episode before continuing to the next. They also want to do more improv comedy.

To view their first season of Pretty.Funny visit their YouTube page. The second season is currently in the making and will be released soon. For updates on their upcoming season visit their Facebook page. To listen to the entire interview with Ariel and Chelsea click here.