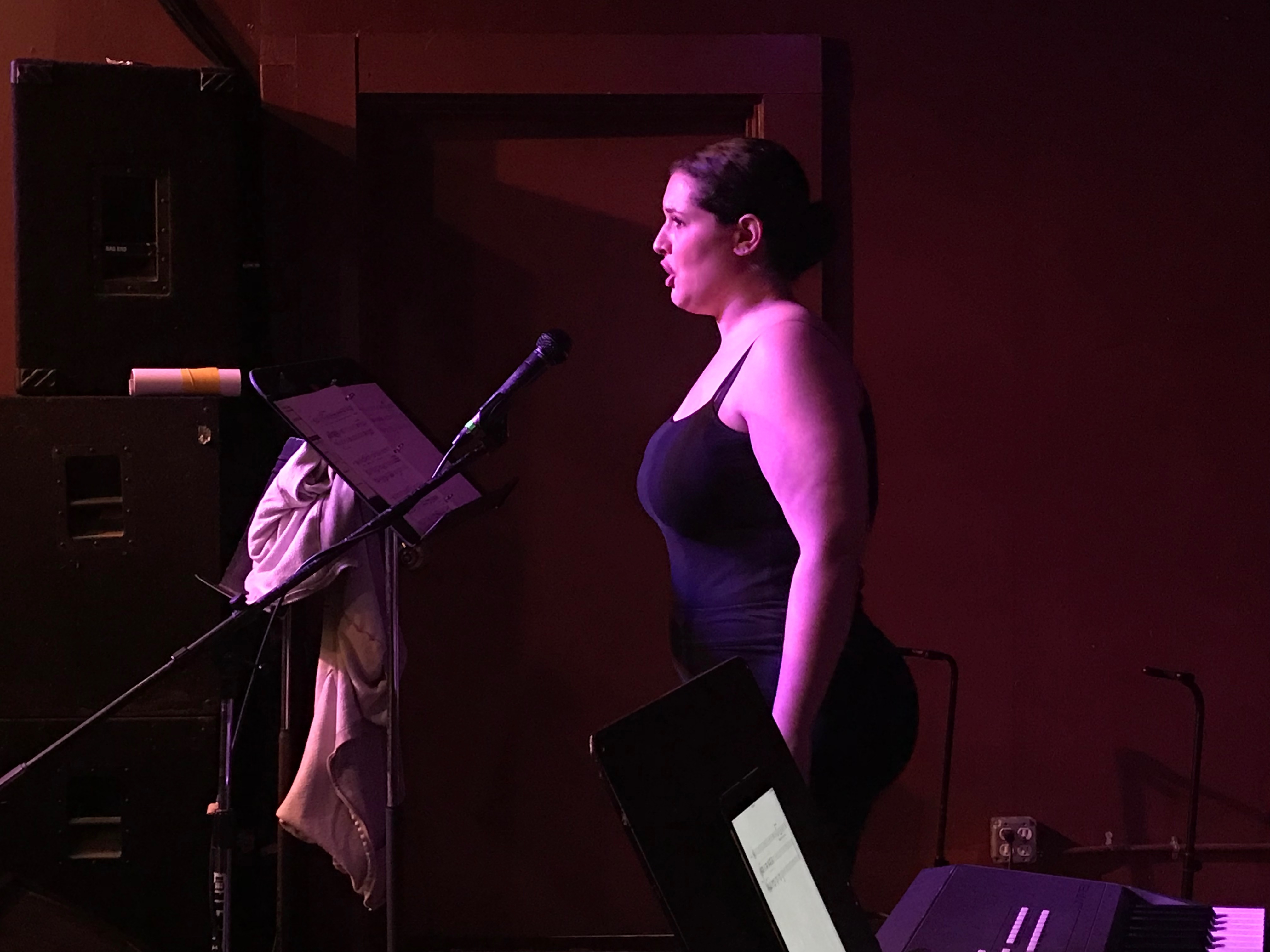 On Tuesday February 27th, New Brew Chicago, an offshoot of Opera on Tap Chicago, performed the work “Kim” from Dana Kaufman’s Cycle Kardashian. The work was performed by Sam Attaguile, and closed out the night.

Scapi Magazine had the chance to sit down with the composer back in December to talk about the work as a whole.

“The inspiration for the opera, or some of the inspiration came from Cycle Kardashian which is a shorter song cycle about the Kardashians and that was that came out of a commission from OperaRox productions in New York and premiered in June at New York Opera Fest,” Kaufman said. “So, it’s been a lot of fun, I’m working with an absolutely phenomenal librettist named Tom Swift based in Dublin, Ireland.”

Kaufman’s work is in this vein is not limited to this cycle. It has also inspired a complete opera about the Kardashians.

“For my doctoral dissertation in music composition at University of Miami Frost School of Music I’m writing a one-act opera, Opera Kardashian that is about tragedy and the human condition as told through the Kardashians,” Kaufman said. “Opera Kardashian will be workshopped by University of Miami Frost Opera theater, and Alan Johnson and Ensemble Ibis, which is the contemporary music ensemble at the Frost School of Music directed by Shawn Crouch, and that will happen April 23-27, 2018.”

The work quickly became a well of inspiration for Kaufman, the show Keeping Up with The Kardashians spans 13 seasons alone, with each season containing 12-20 episodes each.

“When I think about the Kardashian’s, beyond the glitz and the glam, and the plastic surgery, and all the Tabloid nonsense, there’s a lot of tragedy and a lot of issues that we face as human beings, even if we don’t have her own reality shows,” Kaufman said. “Death, Divorce, Gender Dysphoria, Addiction, all kinds of issues that people face and I think ultimately this opera has ultimately been about the lives primarily of Kim Kardashian and Caitlin Jenner and looking into what they have experienced just as you would in any other opera character.”

Using pop culture as source material for a ‘classical’ work is not a new practice, but it runs contrary to the practices of most major insitutions. Kaufman feels that there is an audience where these two interests meet.

“I actually think it’s going to become a more popular trend [to use pop-culture source material,] and there have been several operas about pop culture that have been successful, like The Jerry Springer Opera, the Anna Nicole Opera,” Kaufman said. “I think now is the time to write Opera and now is the time to feature whatever subject you want, because I think there are really open-minded audiences out there, and there are people hungry for topics that are really relevant to them.”

The timing of Kaufman’s work coincided with a major shift in the Kardashian family, the coming out of Caitlin Jenner as a trans woman, who in the canon of the show was the gender-normative patriarch Bruce. 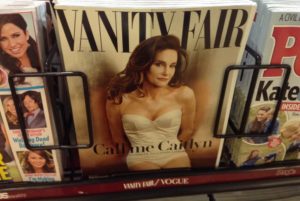 “When I first had the idea for this opera, Caitlin had not yet come out as a trans woman so I had imagined the character of who people refer to as Bruce as part of the opera,” Kaufman said. “[I had thought of] This macho Olympic athlete, so as I was thinking more and more about the topic and as Caitlin transitioned I thought, ‘this has to be a trans character on stage.'”

Kaufman has made it very clear that the role would be exclusively played by people that identify as transgender. This would be the first known opera to establish that guideline.

“It was actually the idea of Alan Johnson that this really needs to be a role performed exclusively by trans women,” Kaufman said. “I think Opera is ingrained in such a long history of Orientalism, blackface, sexism, you name it, and I don’t want to be a part of that. It is time for a trans woman to be performed by a trans woman.”

Kaufman has done extensive consideration to make this happen, especially considering her own identity and that this was a shift from how she had originally conceived the work.

“I’ve been doing my absolute best to do research, I’ve spoken with several trans women opera singers, vocal pedagogues who work with trans singers, a choir director works with trans singers, and just doing as much research as I can so that I can create the role in the most politically sensitive and, frankly, biographical light,” Kaufman said.

“The librettist with whom I’m collaborating with, Tom Swift and I are both identify as cisgender, meaning that we identify with our assigned gender at birth so no matter how much research we do, how many people we interview, how much we read, how much we watch on TV, we will never, ever, have a full understanding of trans triumphs, struggles, tragedies, and we are not qualifed to create this role because we don’t have an understanding of that experience,” Kaufman said.

Here’s a photo of the entire program from New Brew 4: The Brewening 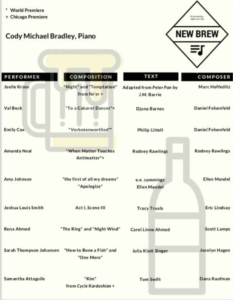