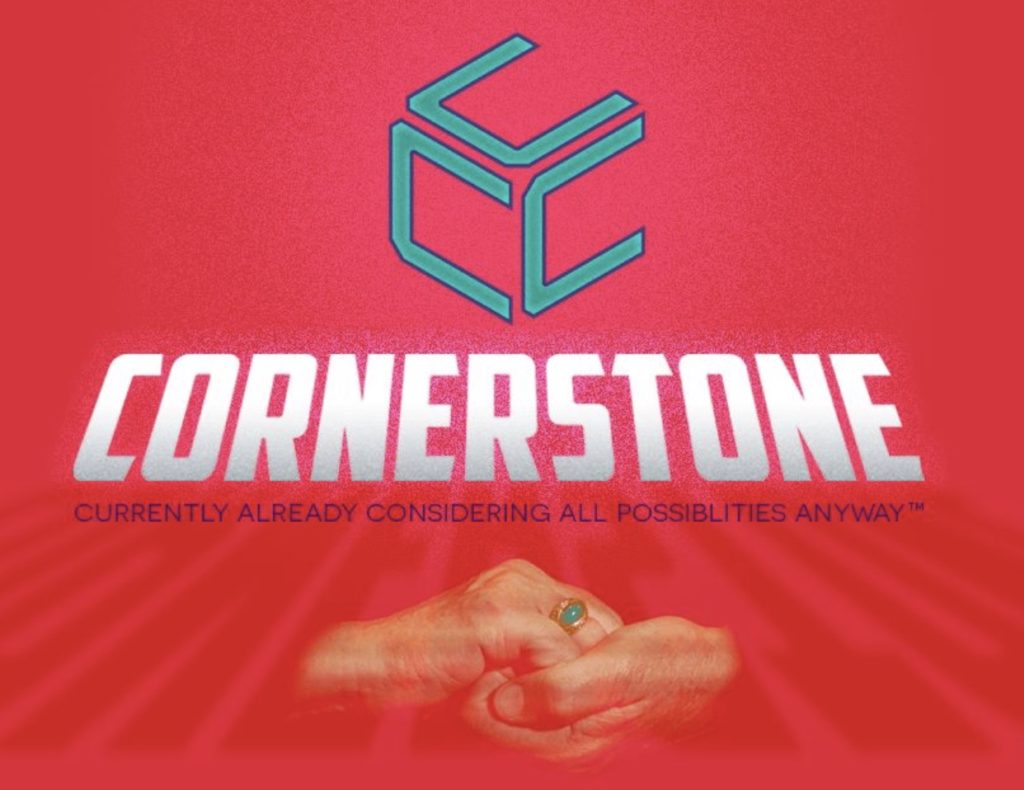 Brainwashing, Location as Collaborator in Immersive Theater, and Cornerstone: A Conversation with Rose Freeman and Dr. Phranque Wright about Kevin Sparrow and Nothing Without a Company’s Upcoming Production Cornerstone

Earlier this week Scapi Magazine had the opportunity to sit down with director Rose Freeman and actor Dr. Phranque Wright about the premiere of Kevin Sparrow’s new work Cornerstone with Nothing Without a Company.

Nothing Without a Company is partnering with Artspace 8, a 14,000 square foot gallery located on the 3rd and 4th level of the 900 North Michigan Shops, and runs Thursdays to Saturdays at 7pm, and Sundays at 6pm.

Cornerstone conceptually is an immersive theater work with some narrative diversions led by “consideration managers” that allow for diversity of repeat sessions.

The show takes place at the Cornerstone Lecture Series, which encourages participants to become “the architects of their own lives” through individual motivational approaches and large group awareness training.

“One of the things about Cornerstone and these sessions is that this an organization that is very clearly pro interracial marriage, pro  gay marriage, they always ask people’s pronouns, they are a liberal haven, I mean, I would be a member of Cornerstone,” Freeman said. 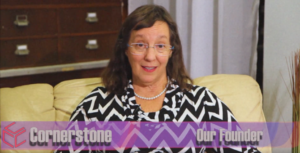 The idea at play here is political and ideological brainwashing is not exclusive to one ideology, and defining the lines between par for the course and extremism can become blurry.

“I would be sucked in so hard because it hits all my buttons,” Freeman said. “And then when something extreme starts happening, you kind of accept it at first, until you go, ‘Oh, wait a minute, I am an independent human being, I can think about something and i can resist.’ So where is your breaking point? If you’re accepting, and you accept something because it does jive with how you feel about the world, where is that breaking point?”

One thing Freeman and the production staff has had to consider is the specificity of what a project like Cornerstone needs, especially with consideration to the environment it’s been allowed to exist in. 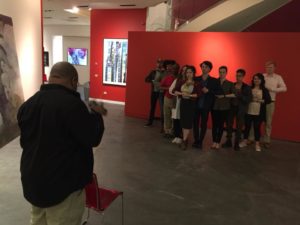 “This is an immersive theater experience in a downtown high-end art gallery, one of the things that people don’t think about with immersive theater is that the space is a collaborator,” Freeman said. “You have to treat it as a living being.”

“We’ve been put on volume restrictions during our daytime rehearsals because it’s a very wealthy mall and you don’t think of this but with wealth comes the privilege of silence. It’s mistaken as a right to silence, because poor people don’t get to have quiet. When you’re wealthy, you can not live by the freeway, you can have a water feature in your backyard that drowns out your neighbor’s sounds, you can have blackout drapes, it’s something that we don’t think about, and they got upset. It wasn’t the venue, it was the mall itself where the venue lives. But yea, your space is part of your collaboration, and how do we interact with not only the architecture of the space, but with the inhabitants of this space and how do we invite them into our world and how do we let them know that they are safe with our existence, because we are guests.”

This has been a facet of Nothing Without a Company since its inception. Not having a true home, the work they do is frequently site-specific and placemaking and thinking of space in this way has been a major influence for the work and the audiences.

“What I love about [this company] is that they don’t have a space,” Wright said. “I’ve seen a performance at the top of a building, I’ve seen another performance, Punk Punk in a garage, where we got led down these alley streets to a garage.”

Freeman and Anna Rose Ii-Epstein have known each other for a while, and Freeman has had the fortune to see the company develop through its ten years. 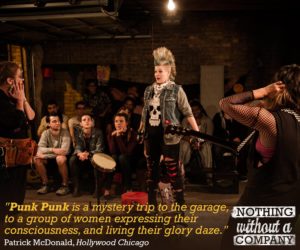 “Anna Rose, who is artistic director of this company, has been relentlessly driving that boat all across the seven seas, she has never once stopped,” Freeman said. “I remember in college, we went to college together, constantly talking about this dream of taking theater out of the theater and what it meant to have immersive work and what the revolutionary act was, of bringing the theater to humans in different ways.”

Nothing Without a Company hasn’t lost its DIY roots. Figuring out how to keep its commitment to risktaking while producing constent quality has been their main focus.

“If you’re not taking the risks then what’s the point?” Freman said. “You have to have to room to fail. I think the capitalist construct that we live in is not conducive to making art because if you fail you die. We’re not making consumables, we’re making experiences, we’re making art, we’re starting conversations.”

All of this in combination sets the stage for Nothing Without a Company’s work with Cornerstone.

“There’s something to think about especially in correlation with the capitalist structure,” Freeman said. “as you’re coming into the mall to see this production, and the music’s a little energetic but at the same time calming, and the lighting is all exuding a natural, ‘you’re in sunlight, you should get moving, shop shop shop,’ and you look up and there’s a visual of mosaics of birds moving in space, and you’re on an escalator that’s perfectly symmetrical, and everything is stone, what has already happened to you, living in that capitalist structure, that it’s telling you how you’re problems have been eliminated. And then you walk into Cornerstone.”

Previews are $10. General admission sessions are $25 or $30 at the door. You can get tickets on tehir website here.

You can listen to the entire interview with Rose Freeman and Dr. Phranque Wright here.