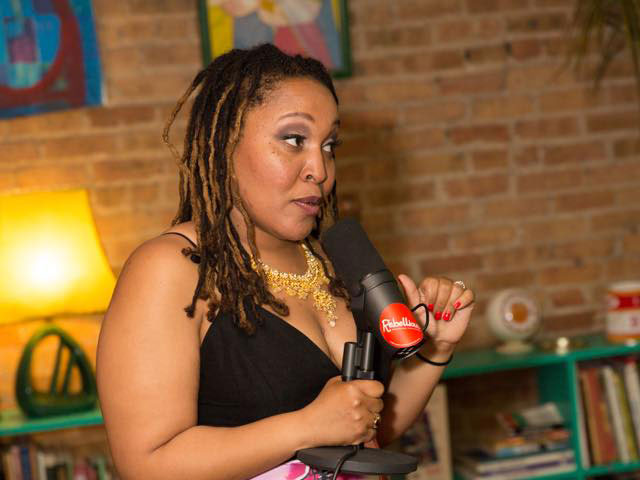 Hawkins has a former boss to thank for spurring the idea for the digital publication’s name.

“Long story short, he felt like I had asked for too many Saturdays in a row off. I was working every Saturday, I asked for four off in a row, and he told me that I was being rebellious and that I was testing him,” explained Hawkins. “This was over the phone… I just remember pulling the phone away [and thinking], ‘Forreal though?’” 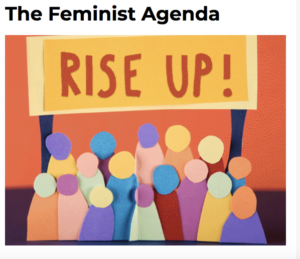 Reclaiming and empowering “rebellious” for her new woman-focused website was just the beginning. Rebellious Magazine has gone on to create and share essays, interviews and articles that center intersectional feminist thought and the lives of everyday, feminist women.

Previously working in traditional news organizations, Hawkins made it a mission to challenge what legacy media considers “an interesting story” in Rebellious Magazine.

“Legacy news organizations have very specific ideas about what a story is. What they mean when they say that is ‘Will our white, monied audience care about what you’re talking about?’ and if the answer is no, then that’s not a story.”

In addition to covering local events, Rebellious Magazine hosts a plethora of women-centered events for the city. When Scapi talked to her last, she was gearing up for last year’s Feminist Prom and Rebellious has its third annual coming up May 19th. 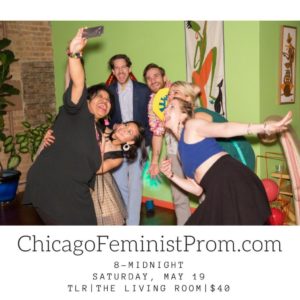 “Anybody can wear dresses; you don’t have to wear a dress. You can wear jeans. The beauty of [Feminist Prom] is you’re reclaiming prom from whatever it was when you were seventeen and it sucked,” said Hawkins.

In its second year, Feminist Prom upped the ante by including more dancing, raffle prizes and “ridiculous shenanigans.”

“Even when we were volunteer-run, even when we first launched, I’d always knew we wanted to do events, because we’re digital. I saw it as a way to build community, even though we have a digital product,” said Hawkins. “It was really important for me for it to be a connection point, for people to get together.”

“What are we not talking about?”