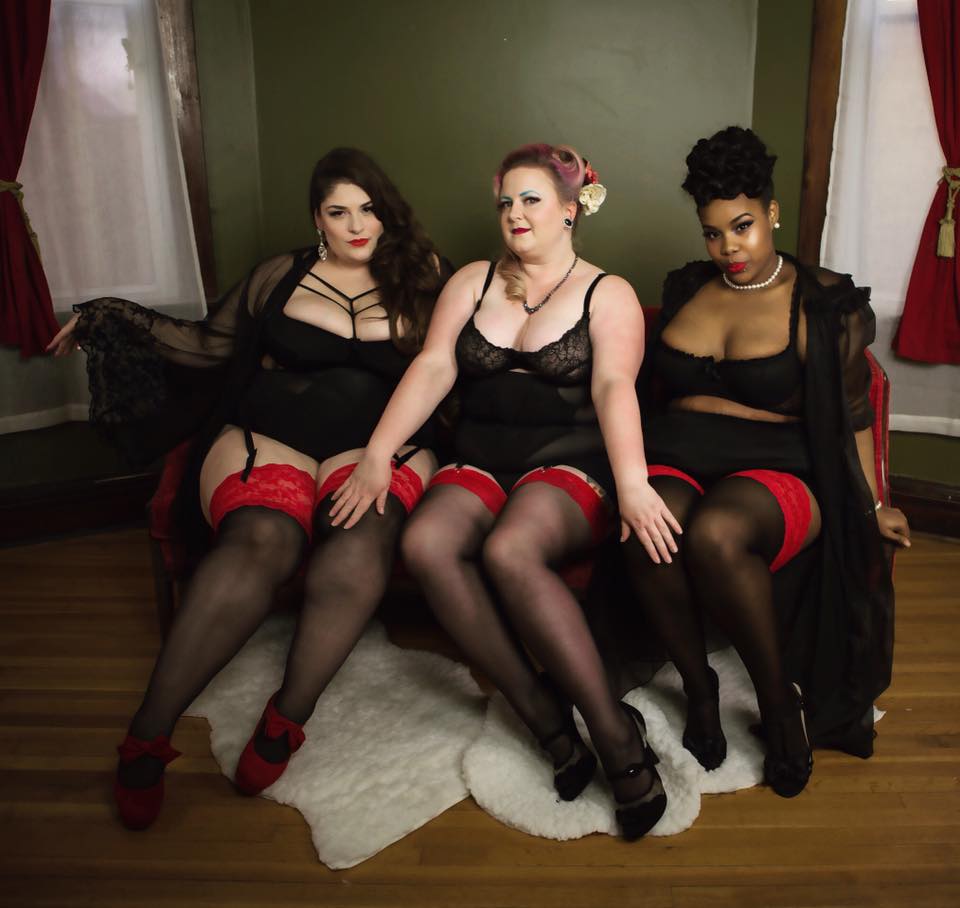 “Bodies are wild, no matter what.” A Conversation with The Femme FATales on Creating Space

The producers of Femme FATales graced Scapi magazine with their presence to drop some knowledge bombs on embracing and loving oneself. The producers kicked off the conversation by introducing themselves and their burlesque personas: Essence aka Jezebelly, Weetzie aka Android Empress, and Carina aka Molotov Cocktease. 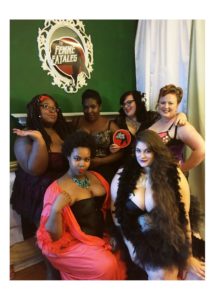 Carina, one of the founders of Femme FATales, came to America from Germany with an extensive background in dance. After being told her curves made her too sexy to perform with her drill team she took a dancing hiatus, which is where she found burlesque. After attending some burlesque performances in Chicago she began to notice a pattern: audience members being put off when the one plus-sized performer of the night came out for their set.

Carina decided to plan a “big babes bellies brunch” to see if she could find any other plus-sized women who were interested in burlesque, but only one person showed up. Luckily that person was Essence, the other founder of Femme FATales.

The two began reaching out to members of the Chicago burlesque community, notably Red Hot Annie, and the online fat positive community and thus the Femme FATales was born. With the help of Weetzie’s more traditional theatre background they have been able to create high-level, inclusive, inspiring burlesque performances.

While most burlesque troupes are composed of individual performers who sometimes come together to perform, Femme FATales was created to provide an avenue for performers who have often been overlooked because of their size. They are the only exclusively plus-sized burlesque troupe in Chicago. “We put on shows that are just unapologetic as fuck, and you are going to come see whatever we choose to give you,” says Carina.

“In our space you don’t get to discriminate against whatever we are,” Carina said. “I create a show where I bring in an audience that is coming specifically to see the things that other people think are not wanted in their shows.”

When asked how the troupe defines “fat” a murmur of knowing laughter spread amongst the producers.

“We’ve kind of set the soft limit at 14-16ish, but it’s a blurry line,” Essence said. “It’s also dependent on how many people in the troupe are of larger sizes. It’s not like a hard ‘NEVER’ but we definitely try to have larger people take up more space. It’s important that the biggest people have priority because if it’s them against a size 14 person trying to book another show they’re not as likely to get booked.” 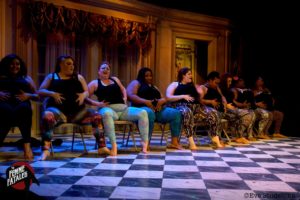 While the size of their performers is important because of the type of representation the Femme FATales hope to create, they are more concerned with working with people who are fat positive and accepting in terms of gender, race, sexuality and other identities.

“We’ve come to the realization that for the kind of space we’re trying to create we need to know more about people than just their performance [ability] and we need to know what kind of person they are because we have [to maintain] that safe space,” Essence said.

Because of the creation and curation of this space one of the best things about the Femme FATales is the relationships that have come out of it.

“We’ve gotten to create a community within our troupe,” Carina said. “We’ve really encouraged [our group members] to forge friendships with each other. Something I’m really proud of is that when we have brought new people in, a lot of them had just moved here and now they have friends within our troupe that are like family to them. Being this friend-matchmaker has been an awesome journey.”

You can keep up with the Femme FATales on Instagram @thefemmefatalesburlesque or on their Facebook page. You can listen to the full interview with Scapi here.