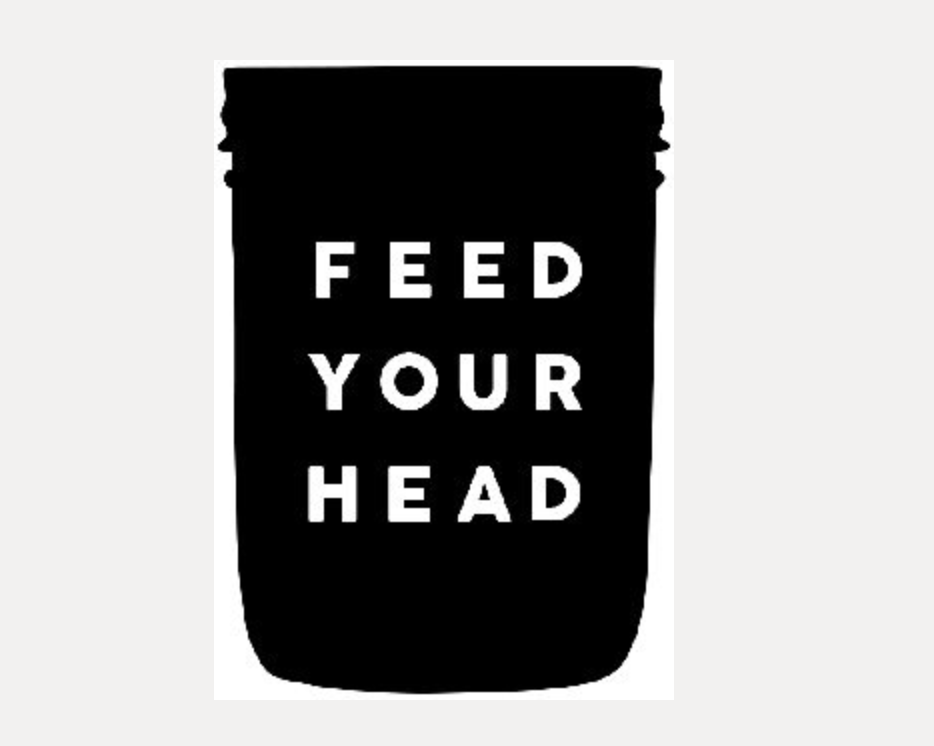 Taking Care of Each Other Through Vegan Meats and Cheeses: A Conversation with Tiffany Wilson from Feed Your Head Foods

Last week Scapi Magazine sat down with Tiffany Wilson, co-founder of Feed Your Head Foods, to talk about the vegan meat and cheese production company’s beginnings and motivations for the work they do.

Wilson has been making vegan meats and cheeses for seven years now and has done so mostly through local farmer’s markets in Logan Square and through various festivals throughout the summer. She wasn’t always Vegan or even Vegetarian, though, and actually came to it from avoiding dairy.

“It all started with my dairy allergy,” Wilson said. “At the time, I was eating meat, and I just got sick of finding just really bad cheese substitutes to go on my pizza. Nothing melted properly, so I started just tinkering with nutritional yeast and stuff, and started finding I was pretty good at mixing spices.”

These home recipes quickly turned into a variety of products. As many home vegan cooks, the support of family and friends made all the difference.

“I always started to cook, so I started creating a cheese line,” Wilson said. “People would come over and I make mac and cheese, I would make enchiladas, and people were like, ‘Oh my God, what are you using?’ and that pushed me to start production.”

Once she was cooking dairy free, the idea of cutting out meat wasn’t far behind, especially when weighing her experiences growing up on a farm. Having deep ties to food and traditional culinary practices lent a great deal of experience to her meat-making business. 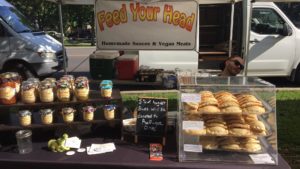 “I don’t know about you guys, but I got sick of red seitan on my Reuben,” Wilson said. “Nothing is worse than getting Reuben and thinking, ‘Oh wow this is going to be delicious,’ but then you take a bite and it’s just vital wheat gluten died red with beet juice. So, I created a corned beef by taking a dough and brining it and cooking it, and that’s where it started. Then it turned into sausages, then gyro, then ham, and now I have 8 different vegan meats.”

What may be controversial to some is that a lot of Wilson’s work are not at fully vegan festivals and markets. For her, it’s about introducing others to the idea that vegan food can be good on its own merits, stacking it against meats, even at meat festivals.

“I get all the time, too, like, ‘I had vegan food once and it sucked,'” Wilson said. “And I always say, ‘Have you had a bad burger and do you still go and get a hamburger?’ Well, then since you’ve had bad vegan food once, why not try it again? You had it from a bad place.” 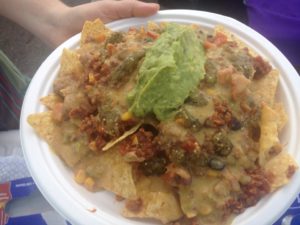 “If you had a bad burger, but you’re willing to try a burger again. It’s the same too, though, because you’re not gonna not spice up a burger when you make it. You’re gonna put the patty together, you’re gonna salt and pepper it, and that’s the same with vegan food. It’s a dough, or a soy patty, you have to make love to it, basically. You have to give the requirements of herbs, and spices, and brines, and marinades, and all of the lovely things given to you.”

Of course, the city of Chicago plays a huge role in this small business owner’s life. For every opportunity the city provides, there are other hoops that Wilson has had to work to jump through.

“Having a business in the city of Chicago, I am constantly shoveling,” Wilson said. “You can never put your guard down because as soon as you turn around it’s going to be something. Kitchen user license, Getting your menu written to be approved by the city, and then if they decide you have to take a canning course, it has to be a city-approved canning course. At one point they told me that I had to drive to Wisconsin to take a canning course, and I was like, ‘No!'” Luckily I found a canning course online, but it felt like it was just another card in the deck that they were going to throw at my business. I get that they have the general public’s health in mind, as do I, but it’s like, they don’t make it easy or cheap.”

Of course, the strength of being in a place like Chicago is the power of community. Wilson has been able to lean on those who have figured out so many of the things that she has had to face.

Funnily enough, a lot of the time this help comes from omnivores. Because Wilson vacuum seals her vegan meats and cheeses, in a lot of cases she has had to jump through many of the hoops that many would think would only apply to the more biologically involved meats and cheese.

“I’ve been helped out by people a ton, I had my friend Paul give me his Hazard Analysis Critical Control Plan (HACCP) plan,” Wilson said. “He said, ‘Here, use this,’ and I couldn’t have written it without him.”

“It took him just saying ‘hey, here,’ and it wasn’t anything off his back. But it meant the world to me. That’s the thing, sitting in this world, we need to take care of each other.”

You can listen to the entire podcast with Tiffany Wilson here, and find out more about Feed Your Head Foods on their website here.

More from FoodMore posts in Food »