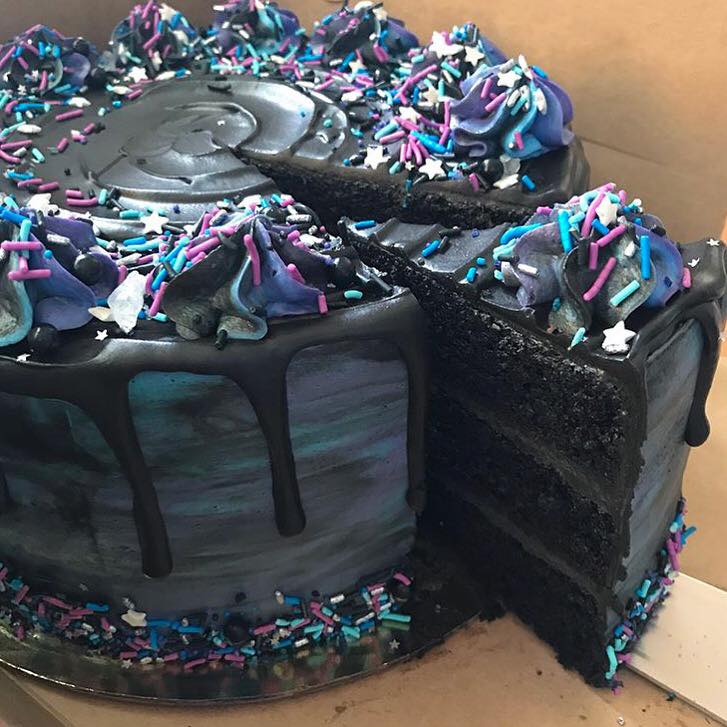 Vegan Cakes, Coping with Trauma through Transparency, and Activism: A Conversation with Pie, Pie My Darling

Back in April, Scapi Magazine had the fortune to have Heather Bodine-Lederman of Pie, Pie My Darling fame on Scapi Radio to talk about all things Vegan Cake, as well as dealing with what has been a very personally eventful year for her work.

For those that don’t know, Pie, Pie My Darling is a one-woman shop churning our vegan baked goods, mostly cakes these days, to many local haunts including Paulie G’s and Handlebar. 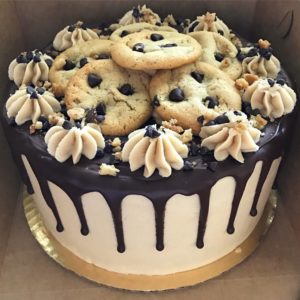 “Pie, Pie My Darling started as an all pie business, but now it’s an all cake business,” Lederman said. “I still do pies but the demand for cake is taking the lead. I like to think of it as it happens to be vegan. Obviously I’m an activist, I care about animals, but tons of my customers aren’t vegan, so I don’t want to alienate anyone.”

Scapi had Lederman on the podcast exactly one year prior, and then her forecast was promising something completely different to what actually happened.

“I was scheduled for a July or August opening, so I had announced the spot and then everything went nuts,” Lederman said. “I’m balancing wanting to be an empowered woman and talk about what happened, but in a lot of ways, I just want to move on. But basically what happened was who I was working with made me believe they truly wanted to help, when they actually wanted other things. It was heartbreaking, and it sent me into a depression for a while there, but it’s positive and I’m trying to switch it around, that and other things that have happened in the past year. Instead of being tortured by the things that have gone wrong the past year, to instead treat these people that have been shitty as my inspiration to never be that.”

Although a personal emotional ride, Lederman has taken to using transparency with her social media following as a way to both keep her fans informed of what is going on, and to personally deal and move on with her emotional and career needs. 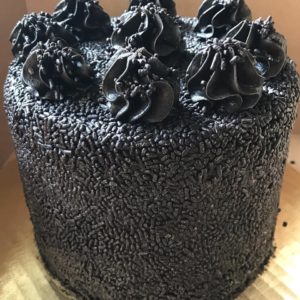 “I’m grateful I’ve been able to bring a personal element to it, because I would literally go crazy if I couldn’t,” Lederman said. “I sometimes wonder what it’s like for my followers who have been following from the very beginning, because before I was very, very happy go lucky, and maybe I made some posts about depression because it’s been a thing for me since I was born. But I do wonder if my followers are thinking, ‘Why is she so depressive?’ But it’s always been there, but certain events kind of set me back a bit and instead of enduring and enduring and enduring, which I was doing for months and trying to hide, I was like, ‘You know what? I could die tomorrow, why not just be me? If people aren’t cool with it, I’m busy as fuck as it is, if people don’t like me anymore, Bye.”

This attitude has helped her way more than it has hurt her, this honest approach has drawn a lot of sympathy, revealing to Lederman the true nature of the business she’s been working in.

“it’s worked out that people have reached out and said they feel the same way, business owners who have been through the same thing have reached out, so I don’t regret ‘oversharing’ at all,” Lederman said. “It’s been really helpful.”

Lederman has also needed to learn how to balance self care. In so many ways, her work has brought significant fame locally and the orders can come in faster than she’s capable of filling them. Being aware of her own limits has been key.

“I do worry that people think like, ‘a year ago you were busy and you were gonna make changes,’ and that’s true,” Lederman said. “But a year ago, I thought I was gonna have a storefront, I was gonna hire people, I did think all of these things were going to happen, and it really threw me off when that didn’t happen. I had a time where I gave up on it for a little and went headfirst into wholesale and special orders, and that got so busy that there hasn’t been a free day to even think. So that’s why I’m thinking in June about closing down orders.”

Vegaism as a community is diverse on both sides of the political spectrum, and while she’s had a lot of positive and outlook affirming experiences, Lederman also feels it’s important to make sure to keep a clean house within the Vegan community. 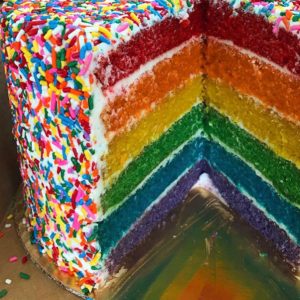 “I don’t think that if you’re vegan, you’re exempt from being called an asshole or whatever, there’s sexual abuse going on in the vegan community, racism going on in the vegan community, all of this stuff exists,” Lederman said. “Just because we’re vegans doesn’t mean we get a free card. I mean, I could be guilty of being an asshole sometimes and I would love to be called out for it, we are not exempt from that. And I see that a lot, like, ‘Oh, it’s a vegan business owner and they shouldn’t be called out because they’re vegan.’ And I don’t agree with that, if someone is being an asshole they should be called out.”

Scapi did, of course, got around to talking about the cakes themselves. Heather’s recent Shape of Water creation did a significant turning of heads on instagram, and she even let slip that she’s using her penchant for “covering cakes in shit” to tackle a cannoli cake sometime soon.

“My thing is covering cakes in shit, like covering it in sprinkles, covering it in whatever, it’s just what I like to do. And honestly, it came from me just being really crappy at making the outside of a cake really smooth and so throwing something all over, and TA-DA, it looks awesome. So likely it will have to involve some amount of pistachios and fried dough, we’ll see.”

You can hear the entire interview with Heather Bodine-Lederman of Pie, Pie My Darling here, and follow her on instagram here.

More from FoodMore posts in Food »