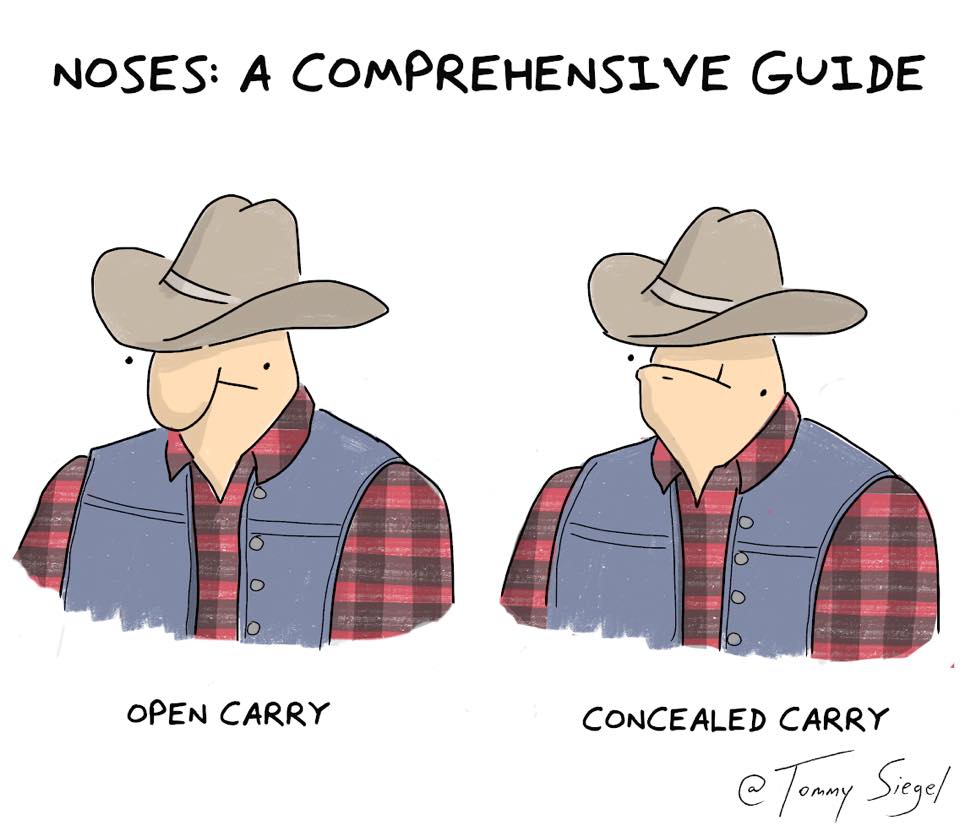 Tommy Siegel on the Curse of Daily Cartooning, Memes, and the Noses

Quantity Producing, or producing monthly, weekly, or even daily for long stretches of time, is a goal more and more creatives are setting for themselves to fine-tune their skills while instituting a rigid deadline. Tommy Siegel, cartoonist and member of the band Jukebox the Ghost, is no stranger to this practice, as evidenced especially by his page Tommy Siegel is doing a cartoon every day for a year against all good sense.

Siegel’s band tours about half of the year and has been around for about a decade, so in 2011 he started taking drawing requests from fans of the band on social media.

“It was just sort of an internet gag and a way for us to connect with fans, but I found it also made for really good practice and I kept sucking less and less at drawing,” Siegel said. “Last year, a friend of a friend named Branson Reese did the daily cartoon challenge and I really loved watching it unfold. Eventually, I became curious if I could do the same. Since I had only been doing cartoons by request, it was a big adjustment to try drawing whatever I wanted to draw. It still feels like I’m finding my voice and style! But the daily challenge really keeps it on track — Without that kind of rigid requirement, I don’t know that I would’ve done anything CLOSE to this in terms of output in my lifetime.” 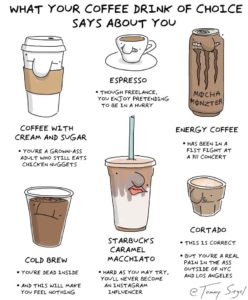 For some, taking on two creative pursuits can seem like a real mental burden, but touring specifically has helped Siegel make sense of the hours.

“Most people don’t think about it, but when you’re a touring musician, most of the day is spent in a van,” Siegel said. “It’s like being a trucker in skinny jeans, I guess. Shows are generally 3-7 hours away, and with plenty of people to take turns behind the wheel it leaves a LOT of free time. I find it’s almost easier to stay on schedule while on tour, since there’s not a lot else to DO in a van aside from messing around on your phone.”

Siegel connects with his fans and sustains his work through a patreon. Like many patreons, it’s an experimental space that is open to expansion as the artistic practice does.

“Right now, the main incentive for people to subscribe is to get access to some exclusive music,” Siegel said. “But as my online existence as a cartoonist keeps growing, I figure there’s probably going to be people who love the cartoons but couldn’t care less about the music. So, I’ve started doing some exclusive cartoons for the Patreon and trying to think of ways to marry two totally different worlds in a way that makes sense.”

Siegel’s work is very of the moment as well, many of his drawings appeal to formats that memes follow in 2018, especially the “tag yourself” feel or memes that prompt audiences to tag friends in the comments, like astrology series. This is an interesting lens to add to cartooning, where the practice historically, in newspapers and such, lent on cultural trends in a different way. 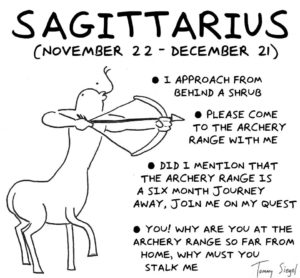 “Like everyone else, I’m ingesting a lot of memes and it definitely affected the way I think about visual humor,” Siegel said.”I’d like for my stuff to be a Far-Side-for-the-internet-era kind of thing, which is an odd thing to balance — sometimes my stuff ends up being more meme-like than I intended for it to be. But, the great thing about the daily cartoon challenge is that I can’t labor over those kinds of details too much. There just isn’t enough time!”
“The treadmill keeps moving and I have to keep starting from scratch, which keeps me from laboring over cartoons that didn’t land right. Part of me is tempted to go back and do a ‘special edition’ of some of the early cartoons where I didn’t understand photoshop yet…But I’d probably end up pulling a George Lucas and ruining it somehow. Everyone knows ‘Yub Nub’ is better.”
Die-hard Siegel fans may have also noticed that nose anatomy seems to have its own rules in Siegel’s universe. Siegel does acknowledge there are rules, but if you’re more curious you’ll have to do some digging for yourself.
“Many people have asked me why some people have their noses in their mouth and some don’t,” Siegel said. “And though I will never go on record with the reason for it, I’ve left a long trail of clues…”