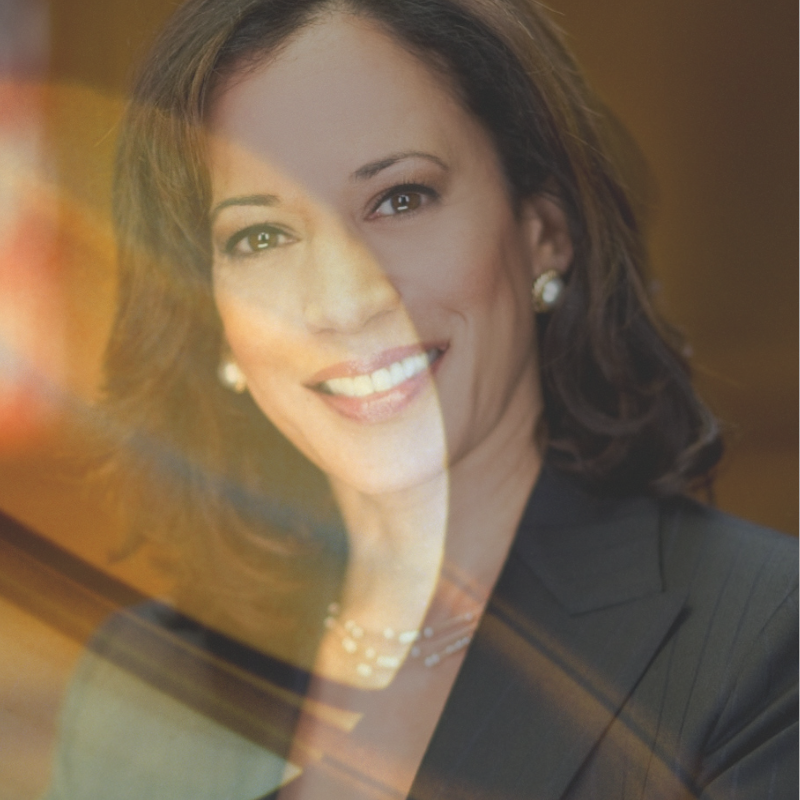 Editor’s Note: Scapi Magazine contributor Emilie Modaff is writing a series about the 2020 candidates running for office, in which they will research their birth carts and the action of astrological forces between 2019 and 2020. This is their first installment.

Geminis, Libras and Scorpios, oh my! I’m here to pinpoint the positive and negatives of the 2020 Presidential candidates based on their signs and upcoming astrological events.

You’ve heard of Kamala Harris. She’s the powerhouse Junior Senator from California and long-term prosecutor whose questions to Kavanaugh about abortion left the big-talker speechless. Now, Harris is considered a top contender for the 2020 Democratic nomination for President.

What do her birth chart and the stars tell us about her potential to win the Democratic nomination? Well, she’s a Libra so I’m going to say her chances are great.*

The Placements: The Good, The Bad, The Fugly

According to Amy Herring, author of Essential Astrology, The placement of the planets in a person’s chart “represents a human desire or need but doesn’t dictate how that need must be met […] The planets themselves have a somewhat neutral, undiluted style until placed in a sign and house.”

Because we are complex beings, we cannot generalize all signs and placements. We can, however, use them to get a fuller picture of a person’s needs, desires, communication style and overall temperament.

Sun in Libra: According to every astrologer ever, Libras are the best, cutest and most talented and sign of the Zodiac. Everybody loves them and they are always right.

Alright, we aren’t perfect but we are charming. Libra suns can adapt in almost any situation—a great skill for a politician to possess. Libras are natural people pleasers with the ability to connect with nearly every other sign. On the other hand, they can be such people pleasers that they lose touch with themselves, getting lost in what others want and finding it difficult to make decisions. Difficulty making decisions is one of the biggest Libra stereotypes and unfortunately for Harris, it’s not a great quality to have when attempting to be the leader of the free world.

Moon in Aries: Just like… Don’t make her mad. She will give you the look of death and you will shrink into nothingness in the blink of an eye. Someone get her in front of Trump asap!!!! On a more serious note, Harris will likely be a passionate speaker who won’t back down. With all the white men looking to run against her, she’s going to need that fire and stamina.

Rising in Gemini: Ohhhhh Geminis. How I love to drag you. Everybody seems to give you shit for being two-faced Slytherin know-it-alls. I don’t know why it’s so entertaining but it is and I’ll try to keep it to a minimum. People with a Gemini rising are deeply curious—a constant student. They are intelligent and proficient in their fields and they aren’t afraid of power. Gemini is the lightest of the air signs, giving them a personality that is hard to pin down. Harris will keep her opponents on their feet.

She will charm them and then paralyze them with her quick wit and calculated moves. Some people may take her intelligence and inquisitive nature as condescending, but that most definitely isn’t her problem. And if she is a Gemini stereotype—two faced—would that really be something we’ve never seen in a politician before?

Mercury in Scorpio: Bae publicly compared ICE to KKK. She doesn’t give a shit what you think. She just wants the truth. The beautiful thing about Scorpios is that they tend to know everyone’s business but keep their own business very under wraps. As a gossipy Libra, I find this intensely annoying but that’s neither here nor there. There is power in the psychic and secretive nature of a Scorpio.

This placement in Mercury is going to be helpful when Harris inevitably has to deal with the mass media attention she’ll be receiving. She’ll need to watch out for her reactionary stinger when she gets backed into a corner, especially since she’s dealing with a hot-tempered Aries Moon in her chart.

Mars in Leo: I bet every Leo reading this immediately scrolled through this article to see if there was anything they could read about themselves. You attention-loving lion signs!!! Folks with Mars in Leo do not simply walk into a room. They bust down the door and sashay across the room while a string quartet follows behind them. Am I exaggerating? Maybe. Is it still pretty accurate? Yes. Harris’s charisma and the ease with which she stands in the spotlight is a huge advantage here.

Mars lets us know what gets us fired up and how we handle our anger. So with a Mars in Leo, Harris runs the risk of coming off as grandiose or attention-seeking. Honestly though is anyone more grandiose and attention-seeking than Drumpf? On the plus side, Mars in Leo folks have a passion stronger than most and will stop at nothing to show the world that they are capable of accomplishing their goals. This will probably scare a lot of men. Into it.

Lilith in Capricorn: Y’all. You cannot tell a Capricorn Lilith anything. They are convinced that they can accomplish anything, and with very little help from other people. Determined? Heck yeah. Stubborn and possibly skeptical of advice from others? Also heck yeah. Let’s hope Harris chooses a strong campaign manager who can push her to accept the help she deserves.

The funniest part about Harris having a Lilith in Capricorn is that her potential enemies or downfalls are older men. LMAO.

The Second House: Bitch Better Have My Money, but also values and a conscience

The Second House represents a person’s work ethic, priorities, values, and money—all things that heavily influence the quality of a President’s influence on our country.

People with Cancer in the 2nd house are hustlers. They need to feel comfortable in their surroundings and unfortunately in America a lot of the time that takes a steady income. Conscious of the need to have monetary resources, these folks are naturally inclined to make money and share that wealth with others.

They will teach a person to fish instead of berating those who seem to struggle. They’re empathic and natural caregivers. They will find success in a career which caters to others. That means things like public service, nursing, teaching, and counseling. America definitely needs some counseling right about now.

Fun fact: Einstein and Lady Gaga’s 2nd houses are also in Cancer. Take that as you will.

The Tenth House (Midheaven): So like, what are your long-term goals?

The Tenth house represents public image, long-term goals, structure, status, rules and authority. You know, nothing super important in a President or anything.

Harris has the watery Pisces in her 10th house. People with Pisces in the 10th house have huge dreams that, if accomplished, will set them apart from everyone else. The 10th house in Pisces, if fully actualized and nourished, will result in a person who is bold, deep, wise and electric.

They will be special. They will have a light inside of them. Pisces have these beautiful, creative minds which allow them to think out of the box, something America desperately needs right now.

If there’s a downside to having Pisces in the 10th house it might be that Harris runs the risk of making grandiose promises that she will struggle to follow through on. Pisces Midheaven folks have a reputation of being flaky. It’s one thing to have brilliant ideas. It’s another to get Congress to agree that those ideas are brilliant enough to be turned into laws.

Will the people-pleasing nature of her Libra sun cause her to compromise her beliefs in the process? With a Mercury in Scorpio and Moon in Aries, I really don’t think so.

The Eleventh house is related to issues surrounding humanitarianism, social awareness and social justice, the future and who and what a person surrounds themselves with. Can we all agree that the next President should at the very least be a good person?

Harris’ 11th house is ruled by Aries, just like her Moon. Fiery by nature, a person with Aries in both the moon and the 11th house will fight hard for what they believe in. With Harris having her Sun in Libra, justice will be what she fights for. With her Rising in Gemini, she will fight with intellect, passion, and a never-ending desire to learn more.

Only one of you will become America’s Next Top President.

Harris is a strong contender. She is strong, powerful, no-bullshit while also being empathetic and creative. So often women are painted as overly emotional as if being in touch with their intuition and feminine power is a weakness. Women of color especially are vilified for having any intense emotions. A person’s ability to feel and feel unapologetically is a goddamn superpower.

When you combine empathy with action, intelligence with patience and curiosity with determination, the result is progress. We hope. The millennial generation is a generation that is deeply concerned with progress and the dismantling of outdated ideals and practices. Though we struggle to accept how slowly it seems to be happening in this country, Harris might just be the person we need to stay grounded in the good fight.

Harris is the current front-runner with an average of 3.25/4 stars. Stay tuned for the next installment of 2020 in Stars.

*I’m a Libra
**Rising in Gemini according to the birth time provided by astro.com. If I interpret a birth chart with a neutral birth time of 12:00 pm, we’re dealing with a Rising in Sagittarius. If and when someone forces Kamala Harris to provide her birth certificate, I will revise this article if necessary.

More installments of this series can be found under Arcana, our newest subsection in Underground.

Published in Arcana and Underground