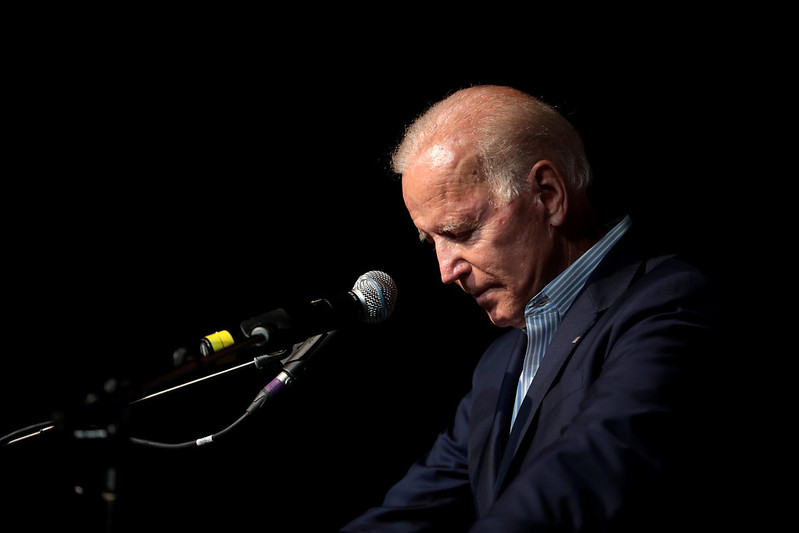 In April, the Joe Biden campaign released an ad titled “Unprepared” that attacks President Donald Trump for failing to send U.S. health experts to China to investigate the novel coronavirus. It actively engages with the narrative that Trump has set to associate COVID-19 with China.

That’s why an open letter is circulating among thousands of activists calling for the Biden campaign to take down the ad. Signed by members of organizations like the Asian Pacific Islander Political Alliance and Asian American Midwest Progressives, the letter says the ad plays into one of the right’s core narrative strategies.

“We are community leaders, educators, writers, and artists who are profoundly disappointed and concerned by the Biden campaign’s recent “Unprepared” ad, and its strategy to attack Trump on the grounds that he “rolled over for the Chinese,” the letter said.

“When hateful rhetoric goes unchallenged, it leads to racism and violence against people of color,” the letter said. “Black, Latinx, and indigenous communities have lived through these realities, and Asian Americans are no exception.”

“One effort, Stop AAPI Hate, has recorded nearly 1500 such incidents in the past month. People have been insulted, spat on, beaten, and injured; in one incident a man attempted to murder a family, stabbing children aged 2 and 7, allegedly because he believed they were spreading COVID-19. The ‘Unprepared’ ad may make this worse.”

The narrator of the ad says“Biden told Trump he should insist on having American health experts on the ground in China.”

It then plays an excerpt from the Democratic presidential debate on Feb. 25 in Charleston, South Carolina, in which Biden says, “I would be on the phone with China and making it clear, ‘We are going to need to be in your country. You have to be open. You have to be clear. We have to know what’s going on.’”

The letter raises concerns with this tactic as a way to gather votes in the face of a Trump reelection. Although particularly dangerous to Asian Americans, left-leaning voters of all identities are more and more unwilling to vote for a candidate willing to engage in rhetoric based on race.

“Playing to right-wing nationalism and fanning anti-China sentiment will also come at a cost at the ballot box,” the letter said. “It will alienate not just Asian American voters, but also a broader population of progressive and antiracist voters, including younger voters. This jeopardizes the future of the Democratic Party, which lies in building a multiracial progressive coalition and bringing younger voters into the fold.”

The letter clarifies that its intentions are to see Biden elected against Trump. It also calls for the “Unprepared” ad to be taken down, and ending all campaign messaging that fuels anti-Asian racism and China-bashing.

Those that want to show their support can add their name at bit.ly/unpreparedad