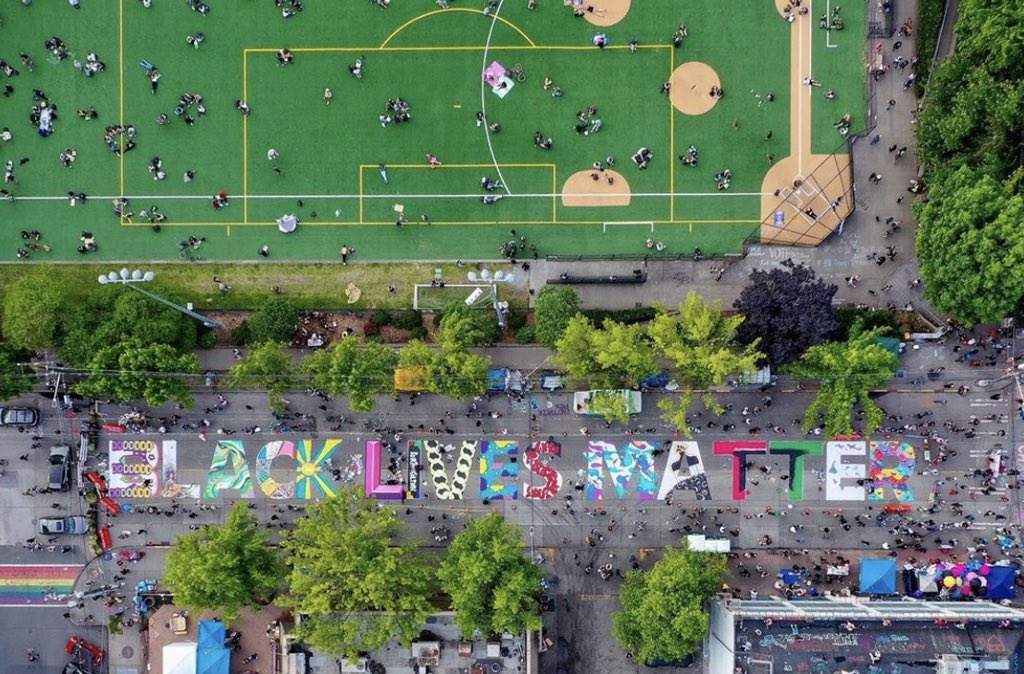 In the last week, protesters have filled several blocks and at least part of a park in the Capitol Hill neighborhood of Seattle. It started when protesters and officers spent a week locked in a nightly cycle of standoffs, until the Seattle Police boarded up their East Precinct within the zone, giving the people free rein outside.

Since then, the land has been named by many the Capitol Hill Autonomous Zone, or CHAZ for short. The term autonomous zone implies that a community has been established that is self-governing. In the wake of George Floyd’s death protests continue and this act has become an example of what a society without police can look like.

For the most part, according to ground reporting, all seems quiet. Short of a couple of expected tense interactions with police, CHAZ citizens provide each other with their needs where possible and mostly decisions are made through open discourse.

At this point the Autonomous Zone has gained national attention, and to that end has become an example of the disparity between coverage practices of national media.

For the most part, as some may expect, conservative media has depicted the Autonomous Zone as violent terrorists. This follows suit with President Trump’s recent decision to name Antifa, a political ideology known for not being an actual organization, as a Terrorist Organization.

On Wednesday night, Trump called for government leaders to crack down on the protesters, declaring on Twitter that “Domestic Terrorists have taken over Seattle.”

Since then, those in the zone have made it a point to debunk these claims and to share their experiences so far.

For the most part it sounds like folks are taking time to recover from what has been difficult protesting conditions, as many have pointed out across the country. Short of suggestions to support local businesses, most resources are shared freely. Smoking zones are set up, medic tents are in action, and social distancing is observed as much as possible.

Carmen Best, the police chief, said in a video message on Thursday that the decision to leave the police station was not hers, sharing concerns about problems in the area, such as businesses being asked to pay money in exchange for protection.

Ms. Best said later in the day that nobody had made a formal report and that those issues were just circulating on places like social media. The Capitol Hill Business Alliance said it had been reaching out to businesses in the area and found no reports of any such problems.

The protest zone has increasingly functioned with the tacit blessing of the city. Harold Scoggins, the fire chief, was there on Wednesday, chatting with protesters, helping set up a call with the Police Department and making sure the area had portable toilets and sanitation services.

“I have no idea where we’re headed,” Chief Scoggins said in an interview. “We’ve been working step by step on how to build a relationship, build trust in small things, so we can figure this out together.”

A variety of demands have been raised during the course of the occupation, but the main three involve defunding the police, using that money to invest in community health and services, and dropping criminal charges against protesters.