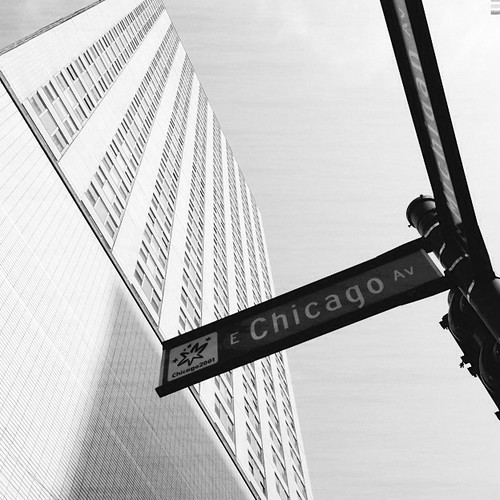 What Will it Take for Chicago to Care About Woodlawn Like It Cares about Downtown Looting?

When Devin Frierson, a life-long resident of Woodlawn (a neighborhood on Chicago’s south-east side), witnessed local businesses being looted a few weeks ago, he was puzzled as to why so many police cruisers kept riding past without stopping.

“Why isn’t anything being done about what’s going on over here?” he pondered, reflecting on local stores like Cosmo Beauty Supply and City Sports near Cottage Grove Avenue and East 63rd Street getting looted.

Frierson, though frustrated with the police’s lack of response, is used to this.

“I have to protect myself over here. We all do. The police don’t respond to calls in a timely fashion.”

The police’s delayed responses to reported crimes in Woodlawn, which are 169% higher than the national average as of 2018, are in stark contrast with how the police have responded to recent looting downtown.

After George Floyd’s murder on May 25, Chicagoans and other Americans exercised their first amendment right to protest in their cities. Some individuals used these protests as a reason to loot department stores and local businesses. Many of the stores that were hit were downtown on the Magnificent Mile or in the River North area. Stores like Macy’s, Zara, and Nike were vandalized, resulting in thousands of dollars’ worth of merchandise lost.

Illinois Governor J.B. Pritzker and Chicago Mayor Lori Lightfoot deployed the National Guard to work alongside CPD in protecting downtown and the North side from further vandalism. Subsequently, the mayor prohibited non-residents and non-essential workers from entering the Loop. She even kept bridges along the Chicago River raised, a stark reminder of the city’s divide.

Months later on Sunday, August 9, after reports of Chicago police shooting a Black man in Englewood, residents flooded the Loop to march against injustice once again, while others looted. This time, after receiving criticism for her previous response, the mayor and the Chicago Police Department ramped up their action plan to stop the looting of their precious downtown, once and for all. This plan consisted of a five-point strategy that included “social media monitoring, speeding up police response time and ‘robust’ prosecution of looters.”

Keep in mind that this high level response came after only two instances of looting. However, residents on Chicago’s South and West sides have been dealing with crime, especially violent crime, for decades  with nowhere near the level of response given during the lootings.

In a press conference after the August lootings, Chicago Police Superintendent David Brown said, “If you come downtown or to anyone of our retail corridors to loot, CPD is going to arrest you…We are going to deploy all tactics necessary to prevent and stop looting.”

In another press conference, Lightfoot echoed a similar sentiment about business owners who were impacted by looting: “We can’t allow criminals to tarnish their legacy, their businesses, but more importantly their hope. I’m not gonna let that happen. And we are going hard at the people who are responsible.”

Let’s think for a moment: has the city of Chicago ever “deployed all tactics necessary” to stop and prevent violence outside of its business districts?

Crime rates on the South and West sides, generally, have been higher than crime rates on the North side for decades. In a 2017 University of Chicago Crime Lab report, researchers found that Austin, Englewood, New City/Back of the Yards, West Englewood and Greater Grand Crossing accounted for about half the city’s increase in 2016 homicides, yet made up only 9% of Chicago’s population.

Jens Ludwig, director of the UChicago Crime Lab, cites poverty, segregated neighborhoods, poorly funded schools, and lack of access to opportunity as some of the contributing factors to high crime rates on the South and West sides. Many residents like Frierson feel an ever-present sense of fear and hopelessness in their communities.

“I have lost so many friends to gun violence. It seems like no one cares about what happens over here,” Frierson recounts.

It’s no secret that the South and West sides are home to primarily Black and Latinx residents, many of whom live at or below the poverty line. Despite constant violence plaguing these areas with no relief in sight, it seems that after just two lootings downtown and on the North side, the city took massive steps to protect the businesses and people of Chicago’s most lucrative districts.

“We are not just the most segregated city in America, but the level of concentrated poverty we have in our neighborhoods is unlike anything in Los Angeles or New York,” said Ludwig in a 2018 interview.“You would not find an Englewood or Garfield Park anywhere in Los Angeles and New York.”

These disparities are not new and this situation is not happenstance–it appears that Chicago is insidiously committed to maintaining the status quo. Admittedly, it is not an easy task to correct the years of damage that violence and crime has taken on the city, but it is a task that is necessary in order for all residents to feel safe and secure in their neighborhoods.

Where is the commitment and action to ensure the safety of those living in Austin? In Englewood? In Woodlawn? Chicago, arguably, has made no real progress in improving the socioeconomic issues that lead to rampant crime on the South and West sides. For years, many Black and Latinx residents have been living in a constant state of fear, but their concerns do not seem as pressing as protecting the “crown jewels” that are the Magnificent Mile and River North.

In a recent Chicago Tribune article, Northside residents expressed how the looting and uprisings have made them worry about their safety in a way that they never had to before.  Now that white, affluent residents and business owners have raised safety concerns, the city has pulled out all its stops to protect them. This response begs the question: Does Chicago value all of its residents equally?