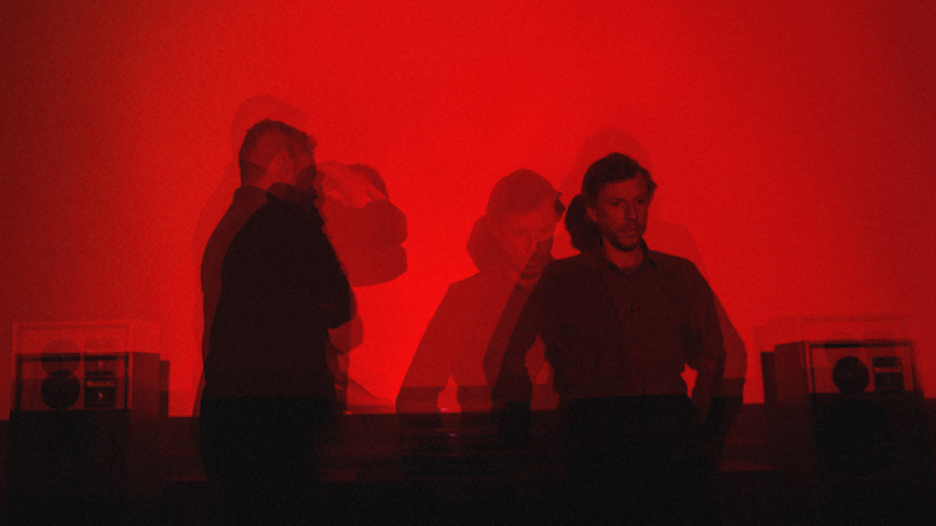 Local Chicago band MIIRRORS released its new single, Nightwalk was released on September 25th. MIRRORS consists of bandmates Brian McSweeney and Shawn Rios, with occasional appearances by drummer Matt Johnson. Nightwalk is their fourth single and they are currently working on their first album, which they hope to release in early 2021.

McSweeney and Rios met on an airplane back in 2000. McSweeney was sitting behind Rios and tapped him on the shoulder. “I was listening to a cd and I was super excited about it and I thought it would be a good idea to tap this stranger on the shoulder. I guess I thought he looked like he would be in a band or something,” says Sweeney. They struck up a friendship, and when McSweeney moved back to Chicago in 2014, they reconnected and started playing around together. Something clicked and they started recording.

They released their first single, Gunshot Glitter, a crisply layered and energetic Jeff Buckley cover, in November 2019. Since then, they also released their darkly energetic single Sinistry, and Wolf in Sheepskin, soulful, keyboard-heavy meditative single.

Their songwriting and recording process consists of reverse engineering. “We figured out the vision first, what we had to say with the songs. We write a skeleton frame, by writing the song, then add in drums and guitar, ” They both experiment by playing around and adding and editing different layers.

Nightwalk is a moody, crooning song, with McSweeney describing it as about “comfort in the face of self-delusion.” Their love of Radiohead and Jim O’Rourke can be heard in McSweeney’s voice, with lyrics longing for redemption and resolutions. Although the song wasn’t written during lockdown, its melancholic chords and lyrics about solitude make it a single that encapsulates quarantine-induced wistfulness in four minutes.

Quarantine has offered a unique opportunity for songwriting. McSweeney is regularly on the road as a backline tech, so he has had ample amounts of time to fully focus on songwriting and music. “For me personally, it has been less content driven, more about having time to relax and  let the creative and be absorbed in a creative output… its been great to be able to home for so long and take a whole day and work on a keyboard, or a guitar part. Get lost.”

Quarantine, however, has wiped the possibility of performing live for the foreseeable future.  Rios misses the “dynamic changes that occur from recording to performing live” and connecting to an audience . Prior to quarantine, they were in talks about performing at Empty Bottle and Sleeping Village, but they have now pivoted and are hoping to film a performance and release it in the fall.

Rios and McSweeney are also worried about the future of bands and independent music venues in light of the devastating impact of the pandemic. With no government programs or actors stepping up to the plate, they are both hoping that the Trey Elder’s project, Situation Chicago, the vinyl donating proceeds to Chicago’s independent music venues, “We just hope to get back to it someday,” says Rios. “[Performing live] causes the body to respond to sound. There’s a whole room of people adhering to musical frequencies. That collective feeling- that’s insane to me.”

You can purchase MIIRRORS music here or listen to them here or follow them here.