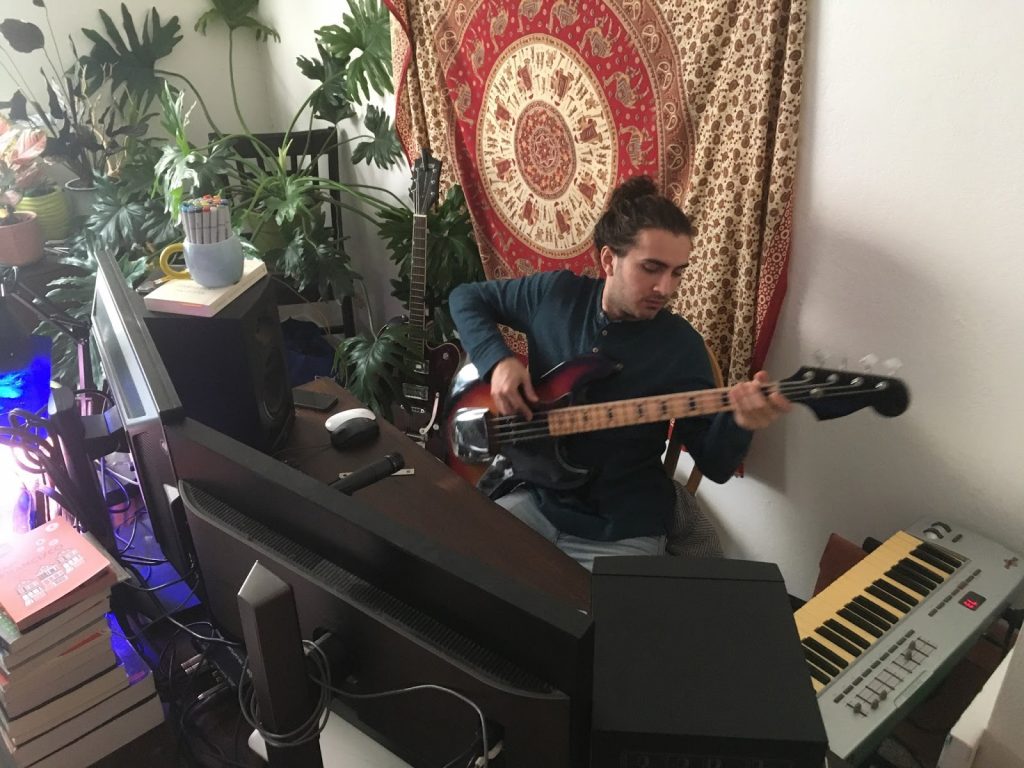 Producer duvvu on Stringing it Together

In our continuing series on music production, Scapi spoke with producer David Abramov also known as duvvu. The technologist/guitarist works in several genres from Folk to Acid-Soul.

Our conversation began with discussing Abramov’s transition from Spotify to Tidal.

Both music streaming platforms have updated to display metadata properly and more specifically.

Spotify can direct users to high profile producers, writers, instrumentalists and vocalists with personalized domains that detail the artist’s discography and the artists they’ve worked with. duvvu argues that Tidal’s metadata system is superior because of the crediting data it works to highlight.

The guitar samplist began learning music on guitar but also formatively learned to play classical violin at an early age. When asked what moves this producer influenced so widely to consume the music he does for enjoyment, he looks to pop and hip-hop.

Like many, the continued effects of the pandemic and the need for self-care limited what duvvu was able to work on in 2020, but also like many he made some unique things work.

A phD student in multimedia technology on the west coast, Abramov has been able to acquire an extensive set of audio engineering soft and hardware to produce textured and complex guitar, drum and bass based sounds.

“I’ve been using Ableton but I think that’s about to wrap up and then I also use Logic Pro on Mac,” duvvu said.

We then discussed the minimum monetary investment a producer might have to make in order to get set up with adequate equipment.

“I think, like, getting started you really don’t need that many tracks or that many sounds to play with,” duvvu said. “You can get really overwhelmed when you have all the options. when you’re starting out, you don’t need that much because you’re trying to get the hang of the basics.”

Access to the materials necessary can be a barrier of entry into the music making industry.

“That’s also assuming you have a computer, so like, probably like a grand or so for a computer and then probably like 300 dollars for, like, some kind of hardware to plug into it, plus headphones,” duvvu said.

Abramov encourages aspiring soundmakers to invest in bundle deals such as computers that include engineering software like GarageBand, Logic, Ableton, FL Studios and other sound engineering mediums.

duvvu plans to work with more artists and venture into writing his own lyrics as well as improving his producing skills in the near future.

Samples of his work can be found exclusively on SoundCloud