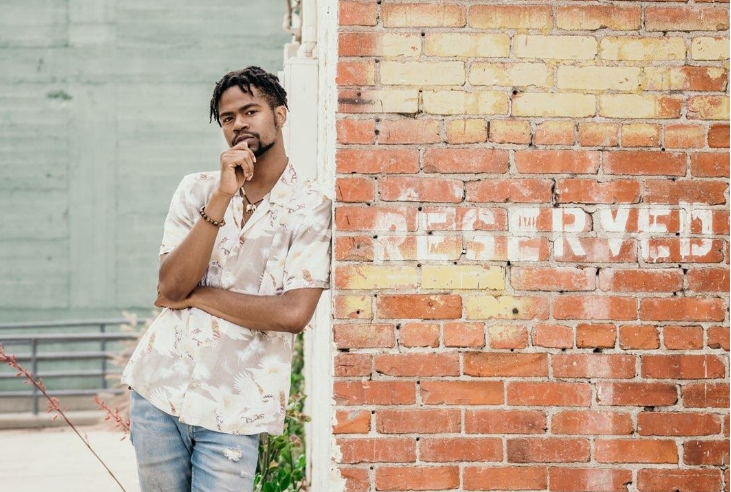 Rapper/producer, Chris Berry, is a prolific cypher from the Chicagoland area who also spent time growing up in the southwest. Berry, his brother Deven, and their father founded the independent record label Millennial House, in 2020/ They’re based in Oxnard, CA.

Berry has released two projects: ‘Le Garçon EP’ and his debut album, ‘Lamb’, over the past 2 years. Both works are available on all music streaming platforms.

“I got into producing because I started out as a DJ in highschool,” Berry said. “I got bored with DJing and wanted to elevate it–what I could do next that was still musical and I thought that was production.”

For Berry, the work isn’t just about the lyricism. The production behind hip hop’s sound is a big part of his process.

“I’ve always kind of been into Hip Hop and Rap and just storytelling so I kinda solidified on wanting to be an artist,” Berry said.

Berry’s musical tastes are made up of early Hip Hop founders like Sugar Hill Gang, Slick Rick and Queen Latifah. His exposure to classic Hip Hop has informed the nuanced subject matter in his own work.

With two albums in the works to be released over the next two years, Berry knows the benefit of holding on to any and everything he writes.

“You never know when something will sound good for the right time. So don’t throw anything away…There’s a place for everything.”

Berry also recommends that aspiring producers do what they can to reach a wide audience and gain exposure.

Connecting with artists via social media, online beat stores and your own website domain can help you find people interested in your sounds. Pitching specific projects to artists or their management teams can also be good moves to make once you’re confident in your skills.