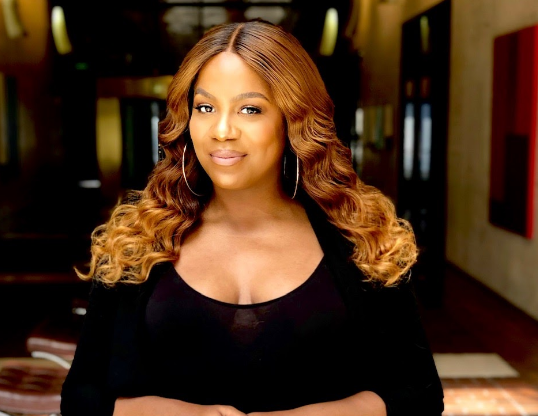 The Mass Communications of Shar Jossell

Words like ‘communications’, ‘marketing’ and even ‘journalism’ encompass a wide range of disciplines, mediums and career milestones. Shar Jossell works as a celebrity news correspondent, media personality and Beyoncė expert. Scapi sat down with her to discuss how she got here and her insights on her work.

An alumna of Langston University, an HBCU (Historically Black College/University) in Langston, Oklahoma, Jossell experienced what many college students do upon suddenly being expected to choose one’s career path, picked the first one that spoke to her.

“I actually entered Langston with every intention to do music,” Jossell said. “That’s what I thought I wanted to do with my life.”

While still a part of her life, after careful consideration to what the degree could offer, she changed her mind and leaned on earlier successes in her high school’s exposure to pre-professional journalism and broadcast technique.

“In high school I took a journalism course, I did the news program,” Jossell said. “My father was actually the one that was like ‘I think you’d be good in journalism. I think you should try it.’ and after a conversation I realized that, you know, my interests aren’t streamlined. Just like everybody else’s, we’re interested in a myriad of different things.”

“So I entered the journalism program and of course ended up falling in love with it. After some internships– I did two internships– that helped me really define what it is that I want to do and what I don’t want to do.”

The switch from music to journalism was not quite so direct. Jossell recounts that although they were important and formative years, they took a little longer than intended.

“Five. It might’ve been five and a half [years,]” Jossell said. “I switched my major so many times within my first 2 years of undergrad.”

Jossell admits that starting out, she had trouble understanding all the ins and outs of undergraduate life.

“I wholly did not know what was going on,” Jossell said. “So, what was the rush, you know? And there were some financial aid blocks that I had to deal with.”

“I remember I wanted to pile on credit hours one semester, my first semester of undergrad I was taking 17 credits in music classes. So, I was bamboozled, I had to go back and take general education courses like biology and U. S. History, all the prerequisite courses.”

Beyond the usual circumstances of being a young learning adult, Shar’s experience has been augmented as a Black transwoman. Shar keeps community and regularly works with activists who champion and advocate for America’s most disrespected demographic.

Scapi inquired about Shar’s experience at Langston U.

“My experience was a unique one, I realized that I was in survival mode a lot of the time,” Jossell said. “People still had a general respect for me, and I was confident.”

“I was consistent. And overall I’d like to think that I was respected. I feel like if the wolves, and I’m using a metaphor. If they were to look for any sort of insecurity in me, I wouldn’t have lasted. My idea at the time was ‘I’m gonna be somebody, right?’”

Somebody she is. Jossell is a Capricorn sun, Virgo rising, Cancer moon, a recipe for success.

Among the many highlights of her career, Jossell has been able to collaborate with brands like Netflix, BET and Match.com as well as celebrities including Hilary Swank, Anne Hathaway.

In regards to what has been a tumultuous year for most, Jossell persists with optimism.

“I’ve been okay. All things considered I’ve been pretty good and just going about the ebbs and flow of this year.”

Jossell has serious intentions and goals for 2021 but will be making use of her time as the vaccine promises a slow but steady return to some sense of normalcy. The sky’s the limit for this risen star who has proven time and time again that she can reach beyond the sky.