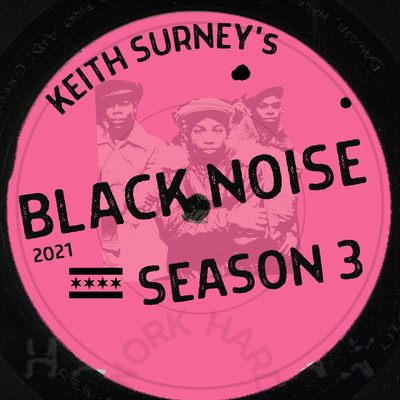 Keith Surney, of the Black Noise Podcast, on the Art of the Podcast

There are lots of podcasts out there. Some may view a relatively saturated market with disdain, but much like works of art and media, there exist stories, voices, ideas, views and practices that help preserve the fabric of culture itself. We sat down with fellow podcaster, Trap Door Theatre company member, Keith Surney.

Keith hosts both ‘Playing in the Dark’, which concluded their first season late last year, and Black Noise, a show in its Third Season and what we talked about most.

Doing the work of podcasting can be daunting like any creative process where feedback or analytics are a big part of the audience/creator dynamic. Surney recommends the Anchor app for those looking to get started.

The app was launched in 2015 near the height of podcasts’ explosion on music streaming platforms. Keith is able to earn revenue through the app equitably at little to no expense.

“At first I got so overwhelmed by like you gotta get a mic and you gotta do this. I found that I just downloaded the anchor app and I just started talking into it.” Surney said. “I felt like, okay, maybe I got something new and interesting to talk about hip-hop in a different way outside of just “this shit dope, or this album hot, or who the best emcee” you know, give it context, right?”

The initial concept of ‘Black Noise’ was to create a talkspace that would explore and examine rap and hip-hop music outside of the highly publicized and sensationalized media coverage on mainstream topics and artists. The podcast also naturally served as a vehicle to feature independent artists within Surney’s network.

Surney assures the show is not one-note. ‘Black Noise’ explores themes in Black music beyond issues of oppression and representation–it appeals to the nostalgia of the moment you discovered your favorite hip-hop joint (no need to tell your age if you found it on LimeWire).

“What is the power of representation? Is there an inherent value in representation or [does] it just feel good to see ourselves?” He says. “Besides that I’ve [seen] a lot of films about Black men but I never saw it like “this is me”…it’s definitely useful…to give people opportunities, different races and ethnicities, gender identities…or is there something larger to it?”

‘Black Noise’ is in its third season, produced by Jake Flum. Be sure to tune in every Tuesday for new episodes featuring exclusive music and interviews with some of Chicago’s most talented artists and tastemakers.