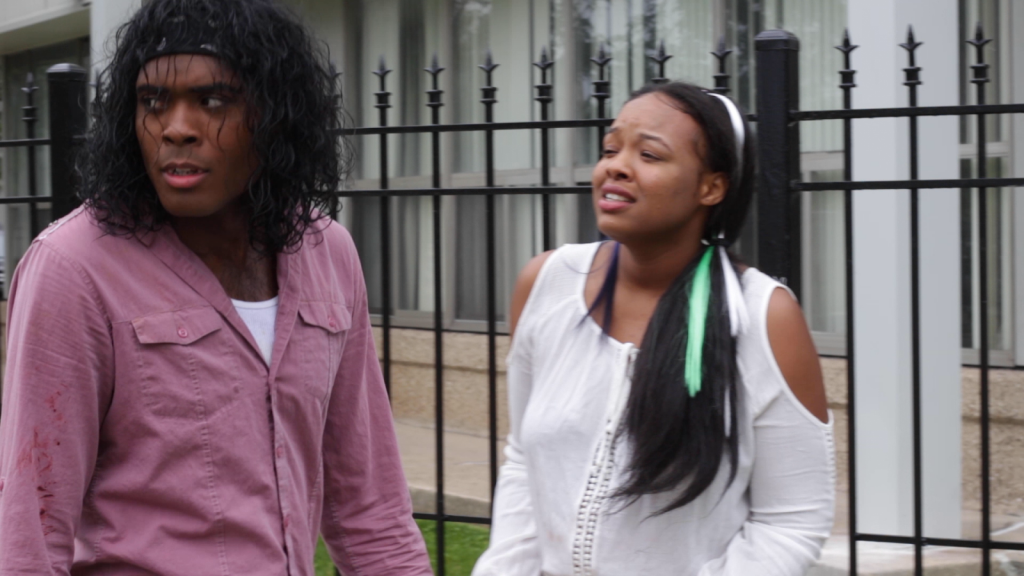 Scapi sat down with Chicago based independent screenwriter, filmmaker, actor and producer Prince Onyx (aka Arkier Burton). The multi-hyphenate Bronzeville native has been focusing on magically realistic fantasy and folklore set in Chicago.

‘Confusion’ follows a rather large ensemble of mythical beings including vampires, orisha and witches (think ‘True Blood’ on an indie scale).

Burton’s aspirations to become a filmmaker began in his fifth grade year when he wrote a fanfiction for the recently cancelled cartoon ‘Code Lyoko’.

Part of what makes the life of Burton’s work on ‘Confusion’ so remarkable is how much time Burton spent developing the script in the series’ early stages and the level of investment he and his artistic team brought to the table. The ‘Confusion’ universe began in 2014.

“It’s one hell of a process.” Burton said.

Arkier pulls from numerous classic and contemporary fantasy/horror films including Blade, Queen of the Damned and Twilight. After years spent developing and filming the series, which includes several mini-episodes, the team began to submit to film festivals with overwhelming positive response.

“Back in 2020 we did the Chicago Southside Film Festival, then there was this film festival in India called the Kaalakari Film Fest, Lift Off Sessions [in L.A.], then back in India the Dubai Independent Film Festival.” Burton said.

Burton has also been featured in film awards and festivals in Sweden, Athens, Greece and Berlin, Germany.

We asked Burton about his thoughts on representation for Black creators in film.

‘The Confusion Film Series’ continues and is currently in pre-production for the next installments of its first season (after a year long hiatus due to COVID-19). You can dive into the Confusion universe via their YouTube channel, ConfusionFilm Series and view exclusive content while supporting their journey on Patreon.