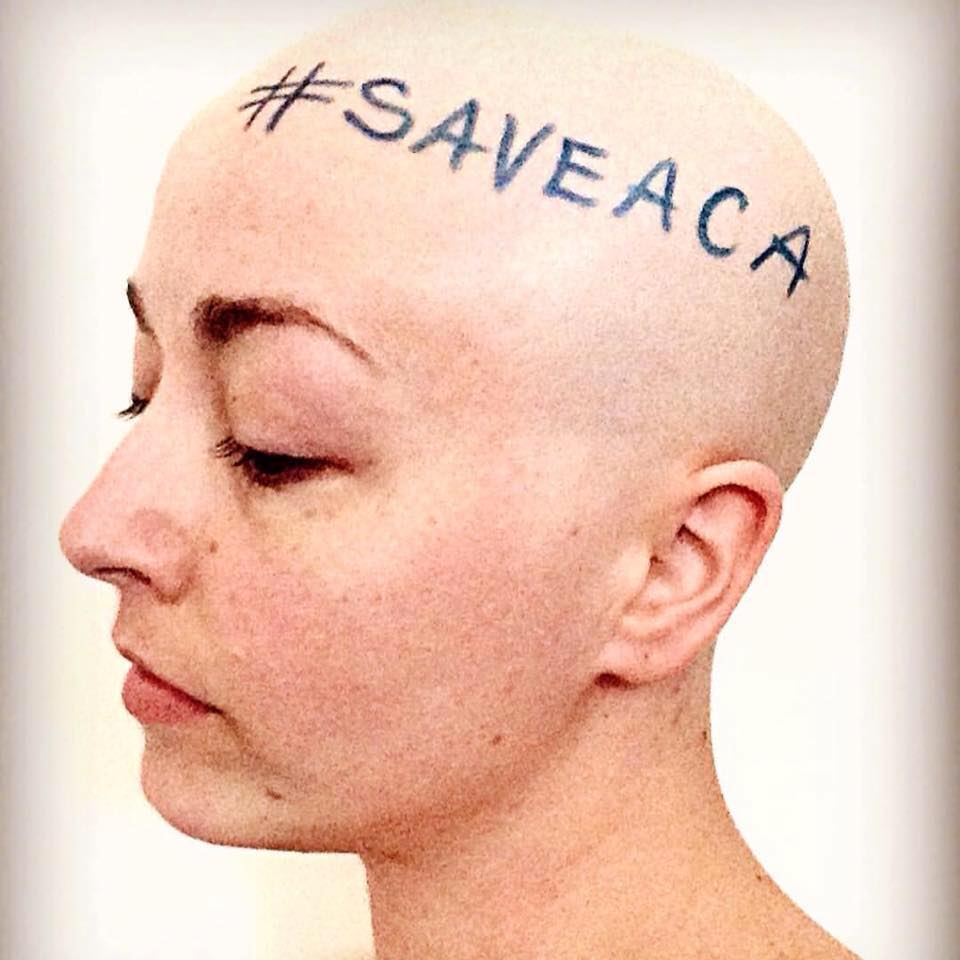 Finding the Silver Lining in Chemotherapy Through the Performer’s Toolkit: A Conversation with Molly Young

Back in June, Scapi Magazine had the opportunity to sit down with Molly Young in Baltimore, Maryland. Young is a classical performer in the Baltimore area and was diagnosed with stage 2 breast cancer in February.

“One thing that is unique in my situation that I think has been helpful on stepping outside your comfort zone, inviting attention, or being the focal point of attention, is that I literally got three college degrees in performance,” Young said. “So I’ve spent a lot of time in the spotlight in that way just, you know, growing up as a musician.” 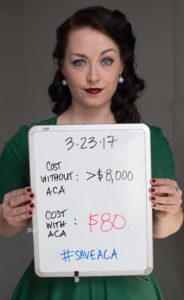 This year has seen some of the more shocking developments in the ACA trying to repeal healthcare from millions of Americans, and Young has not been afraid of responding to that.

“Frankly, I think we can just strike the word healthcare out of it,” Young said. “It’s a murder bill. It’s a death sentence for anyone going through any health crisis at all.”

For some this level of open honesty may seem shocking. This level of transparency is not just the political, Young has been thorough with documenting the process and letting folks she know what she’s up to.

“For me, it’s been a strengthening choice and empowering choice to say OK, here we are, where do I go now,” Young said. “I cannot stop moving. I have to keep going forward through this experience, and I have to say, I’ve had a couple of people say ‘you know oh maybe you should just slow down and just focus on the chemo’ or whatever else. I think ‘no, no, no, this is so distracting, this is really really helpful.'”

It’s been helpful to others too, and Young sees that. One of her more noted projects has been to put together lip-syncing videos throughout the process of her chemotherapy. These videos have been a constant over the last year and are a huge part of her message of fighting cancer on your own terms.

“I actually know the days when I feel well enough to make a video or post something stupid, or whatever it is, that’s really distracting for me. And it’s also helpful,” Young said. “First off to share a story that puts a real human light on something that is otherwise a little abstract for the majority of people who don’t pay attention to politics or don’t actually know the details of a bill like this. What does it do to a certain human life and in my case I’ve been posting things like ‘this is the total of my bill if I didn’t have insurance.’ Because we’re very far from the actual cure for this disease. So it will happen again, and maybe to someone who is uninsured and is a single mom and doesn’t have the support community that I do. And so it’s horrifying to think of myself as lucky as a cancer patient. But I am.”

Her feeling ‘lucky’ is a testament to the community that has been such a huge part of the process. When she was first diagnosed, two of her friends set up her GoFundMe for her more basic needs, and throughout the chemo process she would wear a bold red lip and encourage others (many others) to wear red lips as well with the tag #redliparmy.

“I did turn 30 in March. So now I’m 30, but I will stick to the fact that I was 29. Otherwise completely healthy. Like there is literally nothing wrong with me except a little bit of cancer,” Young said. “And I remember just like sitting there with my mom, and I told her ‘oh my god I don’t want the pink ribbons.’ I just don’t like pink myself, And I thought ‘people are going to pick stuff and it’s going to be the pink parade.’ So somewhere along the way, I don’t know exactly the timeline but especially when I cut off my hair, I think there was a conscious switch that I was like I need a bold, bold lip.”

Those trained in performance are probably familiar with the power of a costume and makeup, and for Young putting on that red lip made the experience feel like something else. 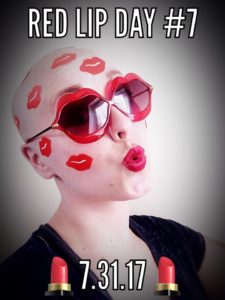 “There’s a certain part of like Warpaint idea to me, I think psychologically. So I started wearing a lot of bolder colors,” Young said. “And it all kind of happened. One of my friends posted this and said wouldn’t it be cool if we all wore red with you on chemo day because that’s another thing that the whole social media thing can be to a cancer patient. It’s such a helpless situation to know or love someone who’s a cancer patient is a very helpless situation. It’s so so terrible. I think for me that’s that’s been the worst is knowing how it makes my family and friends feel like the circles with people who feel so who were so shocked by this. It’s hard breaking this news to people, that was such a burden on me, I felt so guilty about bringing this into their lives.”

Of course for Young and many cancer patients it becomes a matter of what happens next, especially in a political climate that uses any condition that can be marked to deny coverage.

“Once you share this, I mean once you bring this to the rest of the world it’s there forever, I’m going to be a cancer patient for life in some way,” Young said. “I don’t mean to be morbid about that, but one of the biggest risks for me that I’ve heard people say ‘Oh well, you’re so young and strong.’ I think I have had an easier time with chemo than say a 70-year-old breast cancer patient, absolutely, but for me, the biggest danger is a recurrence. Statistically, there’s just a lot of years in my life for this to come back. “

“You know, I’m a pre-existing condition now. And I think there will never be a time in my life ever again that anyone who knows me will not think of cancer when they think of me. And that’s kind of a downer. Even though I think I have I think it’ll be a positive thing like that they will think of me as a survivor. They will think of me as bad ass or whatever else. You know it can be a positive thing. But I’ll never walk away from the title of cancer. And you know that’s that’s a life sentence.”

We asked Molly about what it’s like to receive so much mail about a disease, and one of the things she stressed was how much it meant to her when people included that she didn’t need to respond right away in their messages.

“I never want to sound ungrateful for it but it was very overwhelming,” Young said. “Yeah. I have hundreds of cards. And you know I still have a list of like what people have said. And you know it’s like a wedding registry except for cancer. I need to send thank you cards, I feel the etiquette of being a cancer patient on the receiving end. It’s so awkward because like you’re overwhelmed by the fact that you’re dying and you have so many appointments to go to and you’re trying to like, live and work and do stuff.” 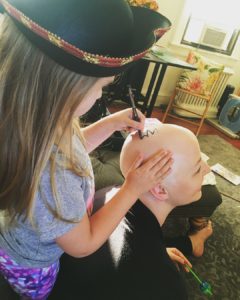 It seems Young has managed to find a way to cope emotionally with those close to her and otherwise through humor.

“Just this week we went to the beach and we were at a family wedding and that night I was like I want to go for a walk on the beach,” Young said. “I love the beach at sunset and evening when it’s cool and we get there [my brother] turns to me and he’s like ‘one last time, huh?’ And I love it I love it. It makes me laugh. It’s hilarious it just appeals to my dark sense of humor. But for me,

that works. I wouldn’t recommend starting there with somebody else necessarily.”

As two relatively healthy individuals, we then asked what others in our situation can do for folks in our families or friend groups like Young to start the process of understanding what they need to cope.

“I think the hardest thing for me is like to try to help people understand that I’m not depressed and sad all the time. I think they expect me to be. They’ll go ‘Hey, how you doing?’ with a kind of like cancer eyes and you know nine times out time like ‘I’m fine,’ or ‘I’m at work.’ I’m doing things and you know there’s definitely times when I don’t feel that way. But it’s not a constant. I can’t just be sad for 8 months.”