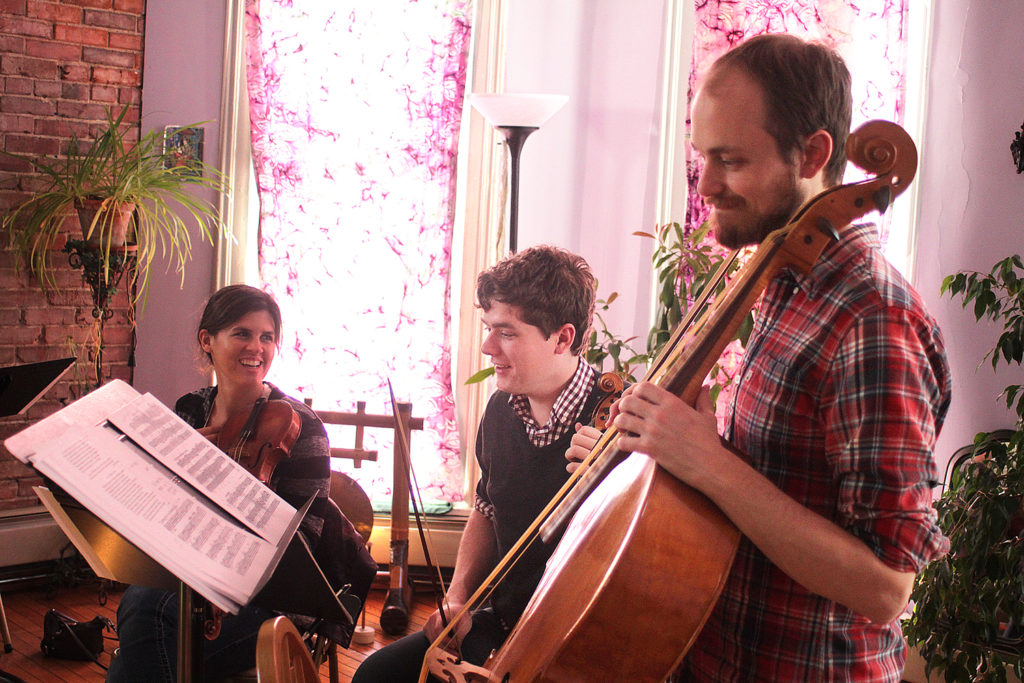 What Would Bach and Beethoven Do? Programming the Next Generation of Composers and Prioritizing Relevancy: A Conversation with Brandi Berry Benson and Thomas Aláan

Scapi Magazine has had the opportunity to sit down with Thomas Aláan and Brandi Berry Benson of Bach + Beethoven Experience a couple times, and had them perform for our Scapi Studio video series.

Bach and Beethoven Ensemble started out as an Early Music Gigging Ensemble in Indiana by Brandi Berry Benson and a friend almost a decade ago.

“We’ve been around technically since 2009, I cofounded the ensemble originally with an oboist I went to grad school with in Indiana named Curtis who now lives with his partner out in Seattle,” Benson said. “We originally formed an ensemble as grad students that wanted to play more Bach, then, into our third season, of our last performances was here in Chicago, one of them was in the middle of the snowpocalypse, so we had to postpone that one, and then the Academy of Early Music was one of our other last performances for a little while.”

The two met for the first time through a mutual friend, and realized they were both interested in developing the work of the ensemble. Since, they’ve changed the name of the organization to the Bach and Beethoven Experience.

“Thomas and I formed the BBE for the second time in 2014, we basically were ‘Ok, so, we were a gigging ensemble before, which was cool and fun, but we were very limited,’ but the thing that Thomas and I shared was this vision to do some different,” Benson said. “So when we got together we had this big dreams of how we were going to change the face of early music and classical music, and it became very clear to us that we needed to go from a gigging ensemble structure to a different structure to better fill our needs. So, we got our board, we got our 501(c)3 status, and since then things have only improved.”

While programming Bach and Beethoven are obvious choices for an organization with their names in the title, Benson and Aláan have seriously considered not just the works of these composers, but they way they think.

“When you think about Bach and Beethoven, they were writing music for their time, for their people, sometimes in certain situations for specific people, and we now play their music and it’s wonderful music, but there are so many more stories to be told,” Aláan said.

When Scapi got the chance to talk with them last, they were preparing for their now passed Chicago Stories concert. The pair were able to commission local Chicago composers to write new works that help develop the mythology of the city.

“We commissioned three of what we consider the next generation of composers, Heidi Joosten, Eric Malmquist, and Amos Gilespie,” Benson said. “The first Chicago bit is they had to pick a group or neighborhood in Chicago that’s personal to them.”

They also had the opportunity to work with all Chicago performers, or at the very least people who have strong ties to the city. The works also had to use period instruments like the recorder, traverso, harpsichord, and viola da gamba.

“So, for Amos, as a kid he played in a school band that was directed by one of the Alvarez brothers, so he wrote music about their efforts to revive the Latin Jazz scene in Pilsen,” Benson said. “Heidi Joosten, being a woman artist here in the city, she was really interested in interviewing minority women in executive positions here in Chicago and she got some awesome stories in their attempts to crush the glass ceiling.”

“Eric Malmquist, we knew before as part of The Newberry Consort, but what he did is he’s married to someone who’s part of the Syrian community and he basically interviewed a woman escaped from Iraq and came here to Chicago and found refuge here and then literally took the words of her interview and set them to music.”

For Benson and Aláan, this work is crucial to the development of a city’s artistic scene, and this homegrown touch adds something else entirely to otherwise expansive programming..

“One of the things that try to do for our shows is we come up with little mascots, like little stuffed mascots. So we’ve had a little stuffed sheep, this summer we had a stuffed beaver, for this Christmas it’ll be a stuffed camel, but for Chicago Stories we kind of think of this particular project as a little more sacred,” Aláan said. “These are people’s lives, their stories, things they should be very proud of, so we didn’t want to cartoonize it in any way.” 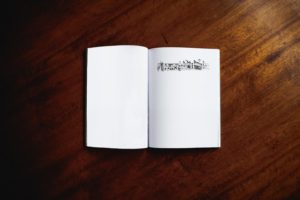 From a musical standpoint, being trained musicians means that the work being done is not only thoughtful, but practical.

“With the new music that we do is really so much more than writing the right range or writing the right kind of notes for an instrument,” Benson said. “It’s really finding what I’ve been calling the ‘money’ range, showcasing the best sound of the instruments, but also when Bach or Beethoven made something difficult, they made it purposefully so.” 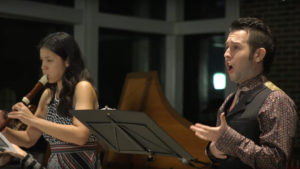 Understanding that performance as an art form is multifaceted is one of the biggest challenges for the group. Just as Bach and Beethoven experienced, when a performance happens, it isn’t eternal.

“I’ve had to send out a few emails in response to like ‘we’re sorry can’t make the show, are you doing it some other time?’ and it’s like, it’s a moment in time, and it’s gonna come and go,” Aláan said. “That’s the art of it and that’s the sad part about it, it’s this experience that you have to be there to understand.”

You can find out more about the Bach + Beethoven Experience on their website here, and see our interviews with them here and here.