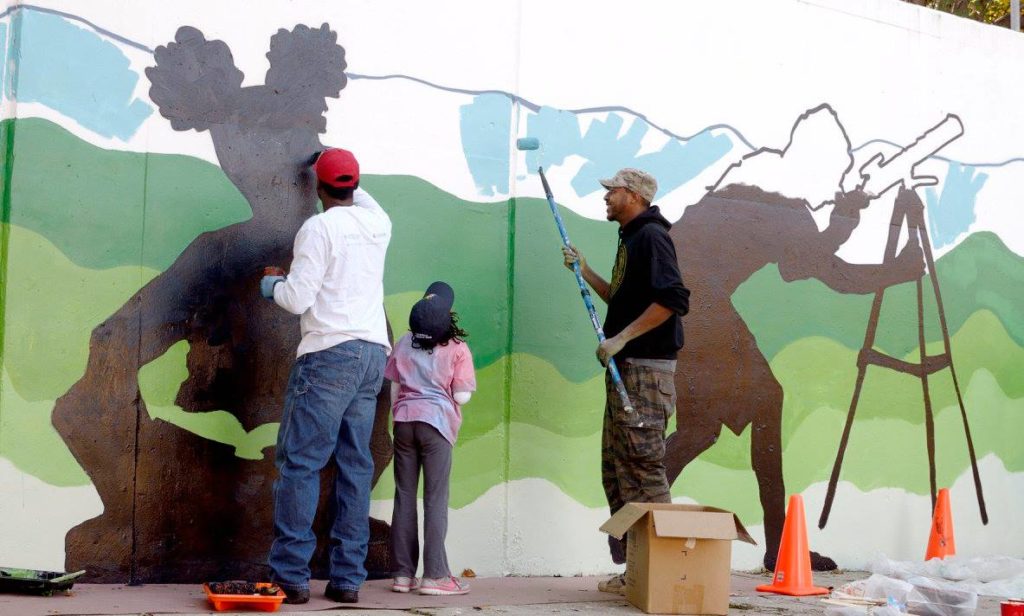 Development without Displacement, Murals Reimagine the South Side: A Conversation with Ryan Wilson and Joe ‘Cujo Dah’ Nelson

When one thinks of city redevelopment, they often think of outside investors, resident displacement and a new Starbucks or Whole Foods. Ryan Wilson and Joe Nelson approach redevelopment in a new way, by centering an essential part of a successful neighborhood: its community members.

It began with the South Side’s Greater Grand Crossing neighborhood. When residents of the area were asked what they’d like improved in their neighborhoods, they shared that they wanted abandoned spaces, like vacant lots, transformed.

“One of the things we heard from a lot of people was that they wanted a mural and there was this one vacant lot on the corner of 71st and Cottage Grove,” said Wilson. “It had been abandoned for 10 or 15 years and they wanted to see something bright in that space. “

Residents of the area, with the help of Chicagoans from across the city, voluntarily gathered in South Chicago to turn the deserted space into one their community could embrace. Nelson was the creative director behind the project, sketching an image that is representative of the Greater Grand Crossing area. 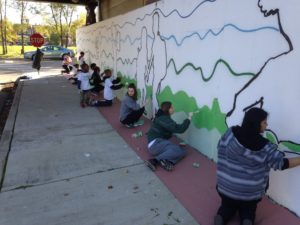 “Joe took their ideas and put it into an art form, one that really reflects the community: it’s got folks who grew up in the neighborhood or lived in the neighborhood, there are train tracks on there to represent the crossings, the architecture is represented,” Wilson continued.

The nearly 300-foot wall was the beginning of what would later become the South Side Mural Project. After about fifty community members finished this mural, Nelson and Wilson decided to recreate this process in other communities on the south side, like Englewood and Hamilton Park.

While murals help make these often abandoned communities more appealing to the eyes, the South Side Mural Project has a larger goal in mind.

“Miami is the epitome of art re-structuring an area. There are so many murals there. The energy and life that their neighborhoods have created has brought in so much revenue and it does every year, consistently,” said Nelson. “That happens in a lot of places… The same thing is happening in Detroit too.”

“Somewhere deep down inside of me there’s a structure and a format that I probably follow, but I try not to have any limitations or solid structure to what I’m doing other than it just being dope.”

Wilson, on the other hand, ensures their projects are structured in other ways. 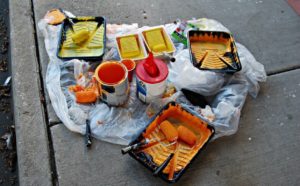 “We involve volunteers, people that maybe have never held a paintbrush before, and when you’re trying to structure it for someone like that, that’s a very different process,” explained Wilson. “You’re trying to lay out [supplies], make it as easy as possible and make it look as dope as possible; it’s a balance when you incorporate community engagement.”

Though the two have hopes to unify the areas they paint in, they aren’t blind to how murals hurt disadvantaged neighborhoods as well.

“There have been studies that show what investments in the art can bring, in terms of economic impact, drawing young creative people to neighborhoods… It can also be very closely tied to gentrification as well…” said Wilson.

Nelson referenced Hyde Park as an example of this.

The co-founders are actively working to build more murals without displacing residents. The diversity of neighborhoods on the south side continue to inspire The South Side Mural Project to create a wide-variety of murals to reflect them.

“Each neighborhood is different so we operate with them in different ways. We’re flexible to the needs and goals of those neighborhoods, and I think you see that in the process,” said Wilson. “Because Chicago’s neighborhoods are so distinct, despite their geographical closeness, you get a lot of variety. People think of the south side as a monolith, like its one big neighborhood, and that couldn’t be further from the truth.”

Listen to this Scapi Magazine podcast episode and learn more about the South Side Mural Project here.