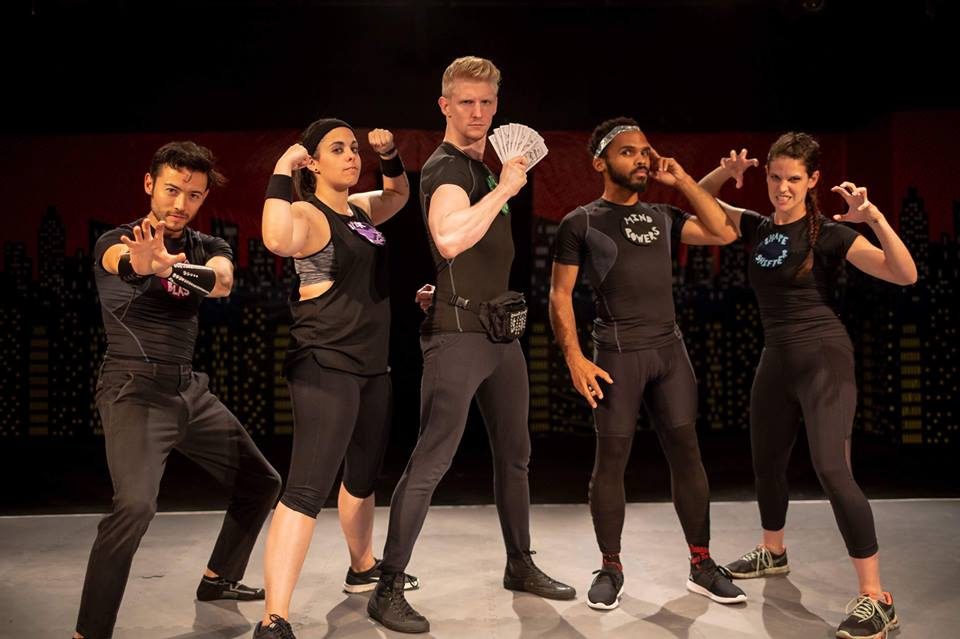 Become the Next Stan Lee in One Night: An Origin Story Expression to Fight Quest 4 Peace

Editor’s Note: This is an expression by Olivia Sieck in response to Fight Quest 4 Peace in an origin story format; it is followed by information about the work and discussion with director, writer and Game Master Bennett Decker Botterro.

Before Otherworld Theatre Company’s Fight Quest 4 Peace started, Jacob Kain Piece came on stage as the Comic Book Comic and delivered a stand-up routine before the show, infusing his set with comic book and nerd culture humor. The concept of the show itself was fun and entertaining: the audience gets to create a character that’s never been made before, and then the actors on stage act as avatars. The audience gets to produce the entire story before their very eyes.

As an avid comic book reader, it was such a fun storytelling experience to watch on stage. The audience bonded together create their own story arc with crazy twists and unexpected surprises. This show even had me inspired to create my own Avatar profile, backstory and nemesis. Hopefully Marvel will read this and hire me as their new upcoming writer.

Hello and welcome! I am Lady Phantom. I was formally known as Abigail Ions. I grew up on the streets of Chicago and lived a safe life until I was kidnapped and brutally murdered by the diabolical Psychedelic Ringmaster. He makes cotton candy and popcorn that tastes like battery acid so it’ll attract his main prey: children. I’ve been enemies with the Psychedelic Ringmaster since he killed my little brother. The Psychedelic Ringmaster gave him an Acid Caramel Apple to take to the circus.

My abilities are being able to pass through any barrier, communicate with the living and the dead, move objects and people with my powers of kinesis and phase into any human and have the ability to control them.

After the show, I chatted with Bennett Decker Botterro, the director, writer and Game Master for Fight Quest 4 Peace.

This is currently their fourth segment in the Fight Quest saga. The first Fight Quest was produced at Fight Night; it was originally a 10-15 minute scripted show, written by Decker Bottero, with a simple story with a hero and a villain. Kai Young and Justin Verstraete, who are currently performing and are also fight choreographers in Fight Quest 4 Peace, were also in the first production of Fight Quest.  It included 3 fights and Dungeon and Dragons dice. The next two shows blended more into the Dungeon and Dragons realm with choosing a avatar, delving more into the fantasy genre, creating a team, adding more NPC characters, and they’ll fight certain characters until they meet the villain.

For Fight Quest 4 Peace, Decker Bottero wanted to add a new twist for the series.

“Since the last three Fight Quest productions were scripted, I wanted to add more audience participation and have the audience create the story in front of their eyes,” Decker Boterro said. “Actors are in charge of their character choices, but audiences are the writers and they get to pick how the story goes. Most of the fights are improvised, save for a few pre-choreographed fights.”

Beside comic books, Decker Bottero was also inspired by the Marvel Cinematic Universe when wrote up the format for Fight Quest 4 Peace.

“What makes the Marvel movies so great is that they are fun and campy which is important in the superhero culture, and I really wanted to bring that on stage,” Decker Bottero said.

This show has been a “passion project” for many of the individuals involved within it.

“There’s a ton of fighting and laughs, very similar to what you see in Marvel movies,” Decker Bottero said. “And with audience in charge of the story every night, it’s a brand, new show, especially made for you. You get to create it in front of your eyes.”