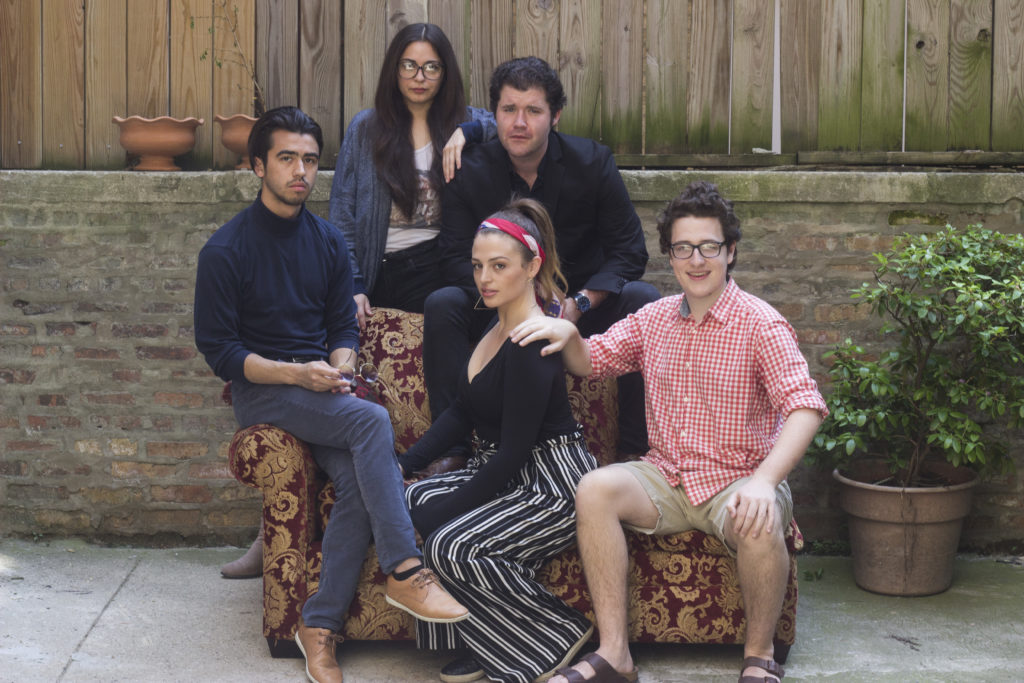 Our Next Phase: An Expression On Bittersweet Arts Company’s Forsythian Dweller’s Club

Editor’s Note: This is an expression by Zach Barr in response to Forsythian Dweller’s Club in an interview and press release form; it is followed by information about the work and process.

“[Bittersweet] had just done one house show that was a bunch of short work… We were looking for a mainstage show for the fall season, and it seemed like it would be the easiest one to put on in a living room, with a pretty manageable cast size. So we did it in December.” – Alex Fortune, Playwright

Hello, valued patrons of the Forsthyian Dweller’s Club! In the short time that we’ve known you, we’re proud to have build a small but dedicated group of readers and fans. We love each and every one of you! Know that we could never put together a project like this on our own. We rely on your support–your passion for what we do–to push us through to the next day. We’ve even been fortunate enough to have some recent additions to our staff, assisting us to bring you even more of our high-quality content.

“My friend saw the first show, and he immediately texted me after—being like ‘you have to see this, I think you’ll really like it.’ I met David Stobbe, who was a founding member and he was in the show, so I’ll go see it. It’s literally in this living room, in an apartment in Buena Park, and…the play happened and I was like ‘what is this? This is great!’ Later, I directed David in a reading with another company in March. And he was telling me, ‘we got accepted to Minnesota Fringe, we’re gonna bring it out there, we are looking to bring a director onto the project.’” – Ben Kaye, Director

In our continued efforts to expand our reach and double-down on our engagement with our audiences—and potential audiences—the Forsythian Dweller’s Club will be expanding. If you act now, you can be on the ground floor of our development as we build to higher and higher mountain tops. The world is our oyster, and we invite you to the table to come and dine with us. And who knows—if you get there early, you might just find a pearl there!

“That’s a big part of what the Frontier shows are for. First of all, to get [the cast] in front of an audience because there are some sort of audience-heavy sections of the show. And that is the final element of the play, so it’s important to sort of get it to them early, sort of see how it plays. Because the Frontier is a larger space than the previous iteration, it’s a 40, 50-seat house… It really is sort of a learning as we go, with these expanding house numbers. And that is playing into the style of the piece as well.” – Ben Kaye, Director

Forsythian Dweller’s Club is growing. We are pushing against the bars of our cage and the metal is beginning to give. We are branching out into new methods of reader engagement and interaction, wrapping our tendrils around your attention spans. Bringing our content to the forefront of where we are most needed. Most wanted. Most desired. We wish to feel essential. We are your clock ticking. Your tea kettle whistling. The breeze in your hair and the wind in your soul. Listen to the wind. It says: Forsythe. Forssssyyyyttttttheeee…

“The Minneapolis space is bigger. And it’s gonna be deeper. It’s so much more accessible to people who are already interested in what you’re doing. People [in Minneapolis] see shows there in the middle of a park, because someone said, ‘hey, we’ve got this show here in the middle of a park.’ Just because someone said it was there. And in Chicago…people are looking for it differently. There’s no one saying, ‘Go! See the thing!’ It’s just: you have all of these opportunities to see something and you have to go out and find it.” – Madisen Dempsey, Marketing Director

You have been called to us. Maybe a friend mentioned us to you. Maybe you stumbled across a copy of our magazine laying on the living table of your mistress’ apartment. Perhaps, like the siren call of the lone arctic fox, we were always in your mind to begin with–an emptiness that could only be filled with the knowledge of our existence. We are irreplaceable. We are hosts unto ourselves and only your continued patronage will allow us to see you, and legitimize you.

“Last time, the artistic directors of Bittersweet, Ross [Krakow] and Mary [Lumley], were a little more involved in the production aspect, simply because it’s their space. This time, it’s been myself and David Stobbe and Madisen Dempsey doing more of the producing part of it. We really didn’t have a tech person, or a stage manager last time. We still don’t really have a stage manager this time. So we’re still doing it kind of DIY in those aspects right now, but we will have help at the festival.” – Alex Fortune, Playwright

We need you. We need you along with us. We crave your continued, permanent engagement. If you look away, do we still exist? Look at us. Our face. Our appealing surfaces. Don’t touch us. Don’t prod deeper. Trust us. If you lose your faith in us–in our stability–if you gaze at our bones–at our words–at our structure–we will crumble.

We are the Forsythian Dweller’s Club.

You love the Forsythian Dweller’s Club.