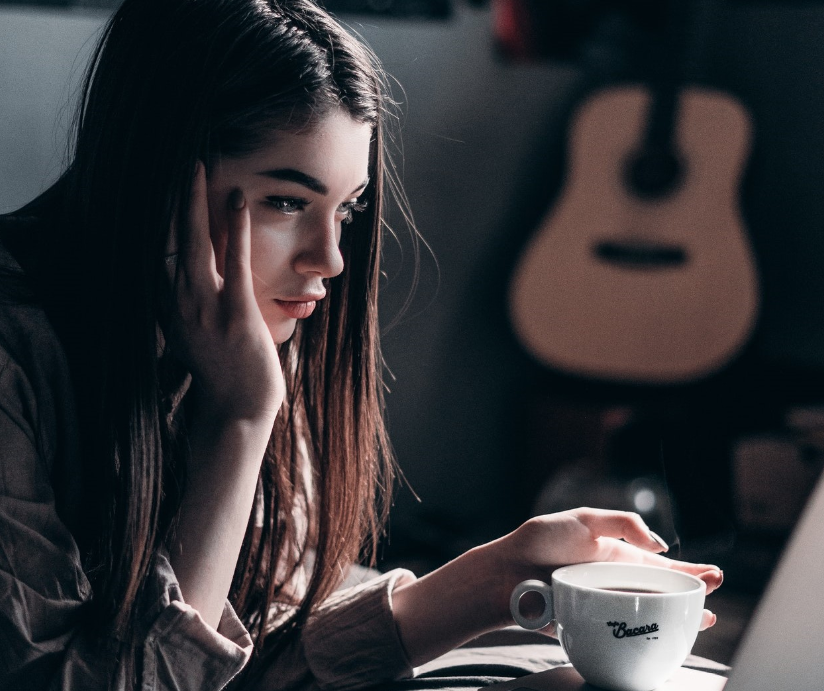 Remotely With You: The Artist Economy mid-Pandemic

2020 has been difficult for many reasons, which have intersected in interesting ways for the U.S.

Record-breaking case and death toll for COVID-19 and unprecedented election season aside, there have been several notable figures to pass away, perpetual protests for Black civil rights and a historic economic downturn that may be the second or third experienced by Americans.

In all this, R&B artist Lassai has been busy making use of the time.

“I literally just submitted all the tracks for my upcoming project!”

An interdisciplinary performing artist, Lassai also works as an actor around the city.

“I was really sad about losing a lot of the theatre work that I had booked but … it’s also freed up my time to really just tap into the personal projects that I had,” they said. “I’ve spent a year and a half really … like, piecing it all together but then literally in March when everything shut down I said ‘okay, this is the time to really focus on it’.”

Lassai’s current discography includes solo and multi-track singles; new releases ‘IT’ and ‘EXCELLENT’ featuring Thee David Davis both with accompanying visuals are available on YouTube and your preferred music streaming service. Their next project ‘Wonderland’ will include ten tracks due to release Oct. 7.

As far as what comes next for Lassai, more film related projects are in the works,

and they are set to perform for theatre projects in 2021.

Folk artist Nire Nah is counting her blessings and appreciating the little things.

“I’ve reached a new level of emotional stability,” she said. “I had some setbacks over the past year … before the pandemic struck us. So I’ve just really, really been concentrating on healing, you know, just like, dealing with things … I’ve never been this positive.”

“I’m so spoiled; they come to me … we meet in this outdoor courtyard; everyone wears masks; we stay far away from each other; we pass hand sanitizer around … It’s been interesting.”

“When we started being able to meet up in person, it was a huge relief …That’s part of what helped me get out of that place …”

The band released Nah’s second album ‘Everything Stands Back Up’, an album about healing, in February this year.

Nah says the message felt somewhat contrary to her state of mind at the time.

“It’s really weird timing … I know for some of the people that were there that was like their last time going to a normal thing … I was really like … worn down. So, it was really strange to be like ‘Here’s what recovery is!'”

Nah has two albums she is currently working on. You can get exclusive access to her content, including unreleased tracks, via her Patreon.

Currently based in L.A., pop-R&B artist Johari Noelle has been inwardly reflective.

Live performing was a big part of this rising artist’s career who names stars like Kelly Roland among her mentors. Pre-pandemic, she had performed for as many as 20,000 people.

Noelle’s process with her creative team was slowed early on but remote work soon flowed.

“I still write and create from home. So, luckily that hasn’t slowed up too too much, but the show aspect has, and I definitely miss doing shows.”

The song, a folky, guitar-led tune unlike any other song in Noelle’s body of work, was initially meant to be a reflection of the new found time in quarantine. However, after the death of George Floyd the song took on a new meaning.

The perpetual mourning of Black death was something the artist wanted to comment on while presenting a message of hope.

“It really just kinda covers the surface of just the craziness that has happened within the pandemic. Between that and just between our mental health and stability as people over all.”

As an L.A. resident, Noelle is also dealing with the effects of living near what have become seasonal wildfires on the west coast.

“I haven’t actually seen the fires, but I can see a lot of smoke in the air, and you can smell it and it makes it hard to be outside for long,” she said. “It’s weird … it’s like, I feel like I should be outside but then every time I’m outside I’m like ‘nah I should be inside!’”

While she doubts festivals and crowds as large as 20,000 will ever happen again, Noelle believes remote work has been a big part of R&B artists’ processes all along.

Johari Noelle plans to release a new lead single and video for an upcoming project soon.

Another rising artist, Oliv Blu, also suffered the loss of several concert cancellations, even virtual ones.

“In the summer time yeah, I usually get so many more gigs … I had one show two weeks ago … that was like my first show … first live show this whole entire year.”

Blu gained attention in the music industry when she landed a spot among the top 13 contestants on the 16th season of NBC’s ‘The Voice’.

The 50 person recommended limit for public events stunted the artists’ ability to exceed sales goals for her last performance.

“Even the income from work that we try to do social distanced is still not that much because, again, we don’t have a lot of people there,” she said. “I can see like, long-term that … things are probably not going to go back to the way things were before.”

The artist cites limited audiences and the halt of music visual production as reasons for the music industry’s permanent change.

Earlier this year Blu released ‘Fall 4 You’, a soul standard that well compliments the artist’s unique and emerging style. It’s available on all music platforms and her newest single ‘Say It’ is available exclusively here.

Morgan Pirtle is “taking everything day-by-day.”

“There are positives and negatives to this whole experience obviously as an artist but overall I’m just trying to like, focus on positives and keep myself centered and healthy and happy as much as I can,” she said. “We had a couple opportunities pop up, but it was mainly live stream stuff …  but [I’m] grateful for the opportunities that didn’t happen during quarantine.”

Among the opportunities that Pirtle took part in this summer was a weekly, month-long run of ‘Songs for the City’, a live stream series from Z Bar at the Peninsula Hotel. The concert series took place on the roof of the hotel as speakers were turned out to the streets and played for first responders driving by.

Another good thing to come of the pandemic for Pirtle was extra time to devote to her craft.

“I’ve been wanting to expand my repertoire for years! … but it just doesn’t happen usually. So every week we [were] learning ten to twelve new songs for twelve weeks, so now we have over 100 new songs!”

She was also able to maintain an audience by consistently streaming self-produced shows, reaching new and regular audience members from around the world.

Pirtle says that Chicago is one of the best cities in the country for artists to be able to immerse themselves in their work.

“You could [teach], play restaurants seven days a week, or you could do residencies and make a living.”

Without some of those opportunities, the artist knows non-art based sources of income might be necessary.

Not only is there a lack of performance opportunity because of venue closure, but many employees of closed venues are also out of work.

“My fear with everything going on is that these places that [have] employed us can’t re-open after COVID.”

She hopes that when performing can return to normal that people continue to invest in music and the venues where they’ve enjoyed it live.

Morgan Pirtle, a singer-songwriter influenced jazz artist released her debut EP ‘Muse’ late last year and has since recorded features for other artists as well. Upcoming, she has another feature on artist Blind Boy’s EP.

With all that has happened this year, one thing to be thankful for is the music.

Mainstream acts have put out a lot of new music including exciting albums and singles. Lassai has SZA’s ‘Hit Different’ on repeat; Nire Nah has been really into Ester (Anna Holmquist) and Shea Diamond; Johari Noelle is a big fan of recent releases from Chloe x Halle, Brent Faiyaz and Lianne La Havas; Oliv Blu recommend’s Anderson.Paak’s ‘Lockdown’; Morgan Pirtle wants folks to check out Lizzy McAlpine’s ‘Give Me A Minute’, Bruno Major’s ‘To Let a Good Thing Die’, Brandy’s ‘B7’ and Jacob Collier’s ‘Djesse Vol. 3’.