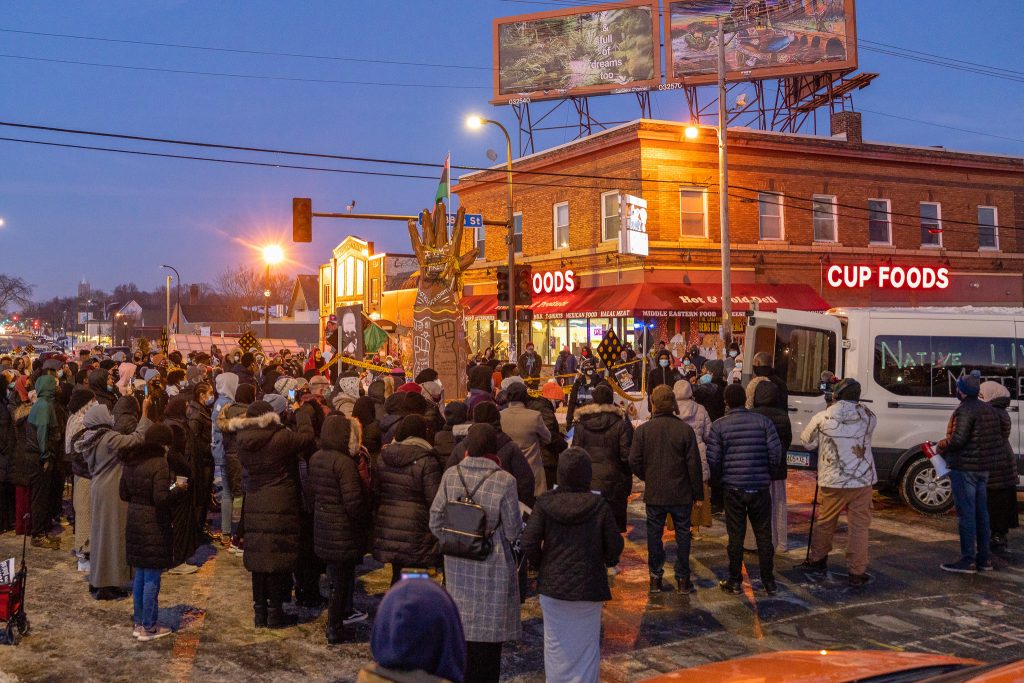 The knowledge of autonomous zones in this decade for many begins and ends with the Capitol Hill Autonomous Zone in Seattle, WA but many in the midwest, especially Minneapolis, know that’s not the end of the story. In minneapolis, after the murder of George Floyd, the intersection of 38th and Chicago Ave has been home to an occupation that continues since it began seven months ago.

One member of the movement that took to Tiktok to document their process is a woman named Marcia Howard under the handle @marciahoward38th Street. Through direct coverage like this work, the square has been able to have a unique identity not completely shaped by the media narrative.

According to Howard, day to day life patrolling the Square includes community meetings, guarding barricades, being with the neighbors, watching for Ops,, hosting rallies, demonstrations, protests, and events, and ultimately forming a community beyond policing.

That all being said, as some of the guidelines imply the square’s goals do run contrary to other interests. Howard also documents the square’s problems with planted stolen cars and police-involved violence. Coordinated or not, local media and police are interested in drawing attention to the square in a negative light.

One article by the local public radio, for example, paints the square as a space for meaningful protest but also paints a large voice against the square and its “nefarious activities.” The piece sites local neighbors that claim that carjackings are on the rise but ultimately provide no evidence that this is because of the Autonomous Zone or the rise in crime familiar during the holiday season or inflicted by the pandemic at large.

The piece does cite Ward 8 city council member Andrea Jenkins, who has become a political figure in all this in the media by being willing to speak on the city’s aims in negotiations with the community.

“If George Floyd’s Square was the only reason for the increase in crime, then every place else in the city and in the country would have stable crime rates, and that is not the case,” said Jenkins.

In recent days Jenkins has come out speaking against letting the Zone continue. In coverage by the local Fox affiliate Jenkins says that while she supports the zone in spirit, she hopes the next stage includes dismantling the occupation.

“I’m working for real truthful dialogue about how we can move forward as a community,” Jenkins said. “Businesses are suffering, the residents in that community are suffering. Yes, it is a place for people to heal, and also there are a number of nefarious activities that are going on that is dramatically disrupting peoples’ lives.”

A write up from November, when winter was starting to show its dangers in the area paints a different story as well. According to the piece at the time there were near 100 volunteers putting in the work to keep the space the way that it is, a space seen as the start of a greater movement where visitors come to remember lives lost to police brutality and reflect on the future work to be done in Minneapolis.

At the time negotiations with the city were just as precipitous, with many of the volunteers feeling a neglect in the communication that makes restorative dialogue difficult.

“I think that they’re very aware that the way in which they engage the reopening of the streets and all those things is very important, we’re keenly aware that at any point they can come in with bulldozers and knock us over,” Andy Browne, Minneapolis resident and volunteer at George Floyd Square said. “We’re playing this game with the city, and they’re playing the same game with us.At some point somebody’s gonna break, and I can tell you right now it’s not gonna be us.”