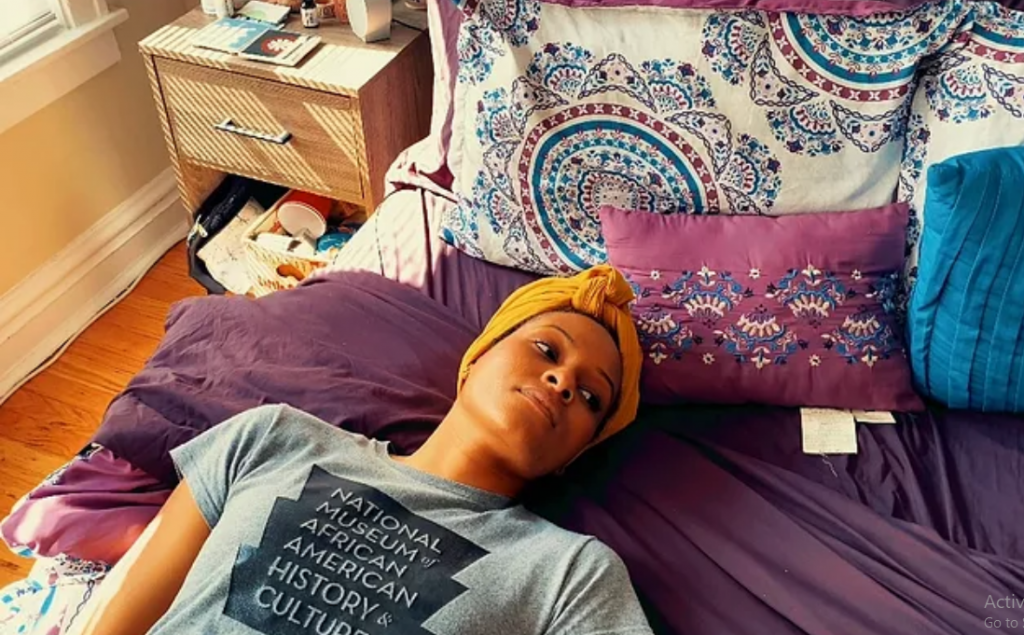 The theatre world has had an unprecedented and challenging fifteen months, endangering even the most well-known theatres. That is just one of the reasons that Perceptions Theatre so remarkable, as they were founded in fall of 2019 and immediately had to pivot to streaming six months later, with a strong debut with Racial Baptism Series and their follow up in the fall, Black Magic. Not only has Perceptions Theatre weathered the pandemic, but that it’s producing plays that are comparable to older, more established Chicago theatre companies.

Their latest production is a Playwright Festival, a beautiful collection of short plays that can stand well on their own, but together, create a rich collective portrait of the Black experience. This is a collection of six one-act plays that are available to stream online. The playwrights and producers are Black, indigenous, and other artists of color, which allows for authentic and powerful stories that have a strong Chicago feel.

The six one acts serve as vignettes, slice-of-life moments, centered around characters of color. . Shot with each actor in front of single cameras, with the actors acting in what is presumably a room by themselves, the plays have to heavily rely on the script and the performances to carry the story.

At the core, they are about Black people navigating spaces that are not meant for them, navigating their relationships, and advocating for themselves every step of the way. Contemporary and evergreen themes are present through this festival: loving sisters, complicated friendships, dismissive and cruel authority figures, and romance.

A few of the plays focus on how Black people must navigate relationships with the white people who show an inability to understand, empathize, or care for them in return. “Love and Nappiness,” directed by Kwame David Lilly shows Meraki and Beth, two women in a relationship, at a majority white hair salon. Beth pressures Meraki to get her hair done, and as Meraki refuses, the cracks in their relationship surface. Meraki, played expertly A’Keisha Lee, conveys the pain of loving a white woman who so brazenly glosses over her pain and excuses racism.

A contentious relationship is highlighted in “Frenemies,” a highly timely play about two friends, one Black woman (Woman #18) and one white woman (Woman #17), meeting on a porch to discuss why Woman #18 didn’t go to the latest protest against police brutality. Cayla L. Jones, portraying Woman #18, hilariously, but firmly, informs her that she can’t put her grandmother at risk due to COVID and tears down her friend’s blindness when it comes to how racism, class, and other challenges impact her in a personal way.

The systemic issue of racism is explored in the heartbreaking one act, “Colorblind Casting” as Dwayne goes head to head with a racist professor over a fellow student whitewashing a play they were assigned to co-direct. This play, written by Antwon Funches, has concrete dialogue that eviscerates the way that whiteness co-opts spaces, spoken by Dwayne, even as he is in a precarious and disrespected position.

A few plays explore relationships in a more gentle and less contentious way. “It’s A…” is about sisters explaining, prodding, and fighting over their feelings of motherhood, but even as bicker and talk about their hurt, actresses Aliyah Banks, Tanika Carpenter, and Jori Jackson convey deep sisterly love through the scene.

Perhaps the most absurd play is “You, Me, and the Cat,” a play about Joshua, who asks his girlfriend Adele to move in. Joshua, played by Brad Martinez, is an over the top, affectionate, and slightly deluded boyfriend who doesn’t understand Adele’s hesitation about the relationship. Martinez walks the fine line of playing the impressionable boyfriend that oscillates between endearing and irritating with finesse.

At the core, they are about Black, queer, and peopleof color navigating spaces that are not meant for them, navigating their relationships, and advocating for themselves every step of the way. Contemporary and evergreen themes are present through this festival: loving sisters, complicated friendships, dismissive and cruel authority figures, and romance.

Perceptions Theatre’s start to their sophomore season is breathtaking in its authenticity and that delivers stunning scenes that show characters in their moments of transformation.