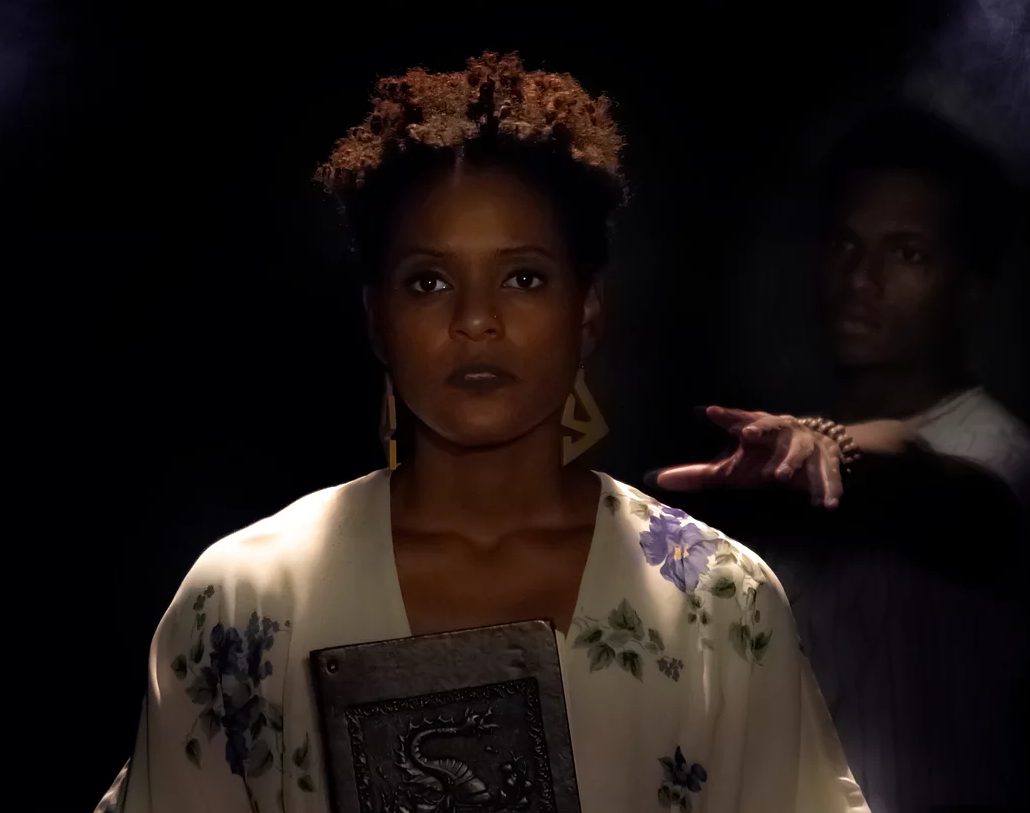 When Myesha-Tiara was starting her new theatre company, Perceptions Theatre back in November 2019, she was excited to bring theatre to the South Side of Chicago and highlighting work and actors by artists of color. They held auditions at the start of the year for their first season, and then COVID hit.

“Everything was just happening so fast, so I took a break [for a bit]” says Myesha-Tiara.”Then I said, ‘I’m not gonna let this theater die just because of everything that’s happening. This [theatre] is something that we need. We can meet in person and most of our staff are millennials, so it wasn’t hard for us to transition doing virtual things. So I said to myself, we’re gonna go ahead and make this virtual.”

Their pivot to a virtual model was a success. The first production, The Racial Baptism Series, premiered in June. It was a festival of monologues, shot by each artist, focusing on different people’s interpretation of what was going on politically in the spring, including the Black Lives Matter marches.

Perception Theatre’s follow up, Black Magic, is a smart, funny, and timely exploration of dealing with grief and the daily struggle of surviving in Chicago. After the death of the family matriarch, Tituba, Sasha moved back into the family’s apartment. She is taking care of her younger brother, Hakeem, and making sure he goes off to college in the fall. While working as a waitress, she picks up Tituba’s spiritual practice as a means of connecting and coping.

The play is by playwright Jay Jenkins, has been in the works for a few years. It does include some sly references to COVID: Dee Dee’s character comes to visit Sasha, takes off her mask, and Sasha sprays some hand sanitizer on her. Otherwise, the play doesn’t contain overt references to the pandemic, but it’s exploration of loneliness and family relationships makes it a timeless play.

Khadija comes to stay with Sasha and Hakeem, seemingly to visit Chicago and sight see, and ends up staying longer. Khadija, with a standout performance from actor Nia Vines, forces Sasha to address the isolation, grief, loneliness that Sasha has been repressing while being busy as a caretaker.

The play was shot entirely in an apartment, intercut with a few shots of the city. The play was shot on an iPhone and staged like a play. They hope to perform it live on a stage when it’s safe to do so.

Myesha-Tiara sees this show as a complex exploration of trauma and loss. “Black Magic focuses on loss, and dealing with grieving and not grieving in your family and how that affects the people around you as well. And we are partnered with a company called Soul Werk Cafe, which is a therapist company, and we actually talked to them about how their process works.”

Perceptions Theatre employs a pay-what-you-can model for their shows, starting at $5.

Once you purchase a ticket, you also receive access to a behind the scenes look at rehearsal, conversation with the cast, Myesha-Tiara, and Jenkins, as well as a conversation between therapist Shaniqua Ford, from Soul Werk Cafe, discussing the thematic element of mental health in the play.

Additionally, Perception Theatre hosts pay-what-you-can monthly workshops for artists on various topics, including how to audition, how to write a resume. Myesha-Tiara started it because “I had the privilege of going to [theatre]. Even though I feel that I did I know some things I had to learn along the way, but I noticed that certain peers of mine didn’t go to college, didn’t go to school for theater. They don’t know where to go, they don’t know how to write a resume, they don’t know how to get an agent. And I thought that it would be good for us to be able to share the information for an accessible price.”

Myesha-Tiara, who paid her dues doing touring with theatre troops and then decided to move to Chicago to pursue theatre. As an artist of color, she found that “a lot of people weren’t being able to be seen on stage, and a lot of reasons came down to casting. It had nothing to do with talents or abilities because they just weren’t passing the people of color as much unless it was a stereotype. That’s something that I wanted to change and I told myself that you know what, I’m going to create my own company.”

Perception Theatre has weathered the storm and produced a poignant play, seamless intertwining the themes of mental health, living as a black person in Chicago, and the simultaneous love and irritation in familial relationships. Black Magic feels refreshing in a sea of art produced during the pandemic and has solidified the arrival of Perception Theatre as a vital addition to the Chicago theatre scene. Referencing heavy themes without being heavy-handed, it’s sharp, intimate, and ultimately, joyful.