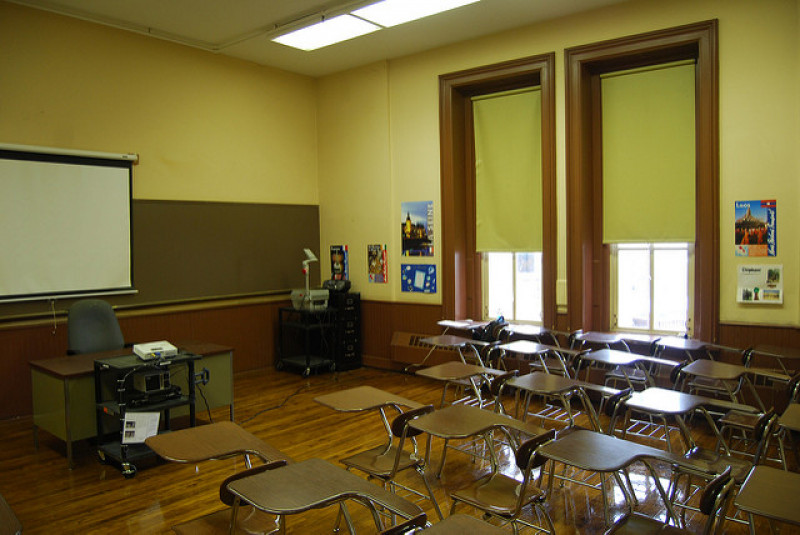 On Monday the Illinois House of Representatives voted on a revised Senate Bill 1, the funding bill which would provide a temporary solution for funding inequality in City and State schools. To the dismay of progressives, this revised bill included a conservative ammendment, signaled by Rauner, to introduce a system for private school vouchers to Illinois.

This is part of a national movement heralded by both Department of Education Betsy Devos and Vice President and former Indiana Governor Mike Pence. In fact, it was famously in Indiana that the Voucher movement had one of its most significant upticks in 2013.

​”There’s nothing that ails our schools that can’t be fixed by giving parents more choices and teachers more freedom to teach,” Pence said during his inaugural address as Indiana Governor in 2013.

This wasn’t just a rhetoric play for Pence. As Washington Post reports, an estimated 60 percent of all Indiana children were eligible for vouchers, and the number of recipients jumped from 9,000 to more than 19,000 in one year.

taken from the 2015-2016 Department of Education Report
This statistic is crucial to the movement’s issues logically. The idea behind vouchers is that the funding follows the student, but if the student wasn’t attending public school before, the funding has to come from somewhere else.

“A lot of them were already here but they qualified for vouchers so they went on the voucher program,” Matt Fenton, a school administrator for  Indiana Private School Community Baptist Christian school said. “Over time as we’ve advertised on the website, we’ve said we’re a voucher school and other families have been able to take advantage of that.”

If the funding for the voucher scholarships wasn’t able to “follow the student,” it means there would need to be a property tax increase. In Indiana in 2016, Brown County Schools superintendent David Shafer went door to door trying to spread the word what this funding dilemma means.

“It was enormously consuming as far as time and effort was concerned,” Shafer says. “I would concur that I don’t particularly like that, I don’t like going to the voters and asking them to approve a property tax increase.”

The issue complicates itself further when considering the racial implications. For Mitch Daniels, Republican Governor in 2011, “social justice has come to Indiana education.”

As found in the Indiana DoE report, all races except whites showed a downward trend in voucher usage, especially In the year of Pence’s shift in policy.

What does this mean for Illinois? Well, the revised SB1 already includes a property tax hike for city of Chicago residents.

It also might mean underfunding predominantly lower-income, minority populated schools as the budget stretches to accommodate private school students whose parents are getting tuition help for the tuition they could already afford.