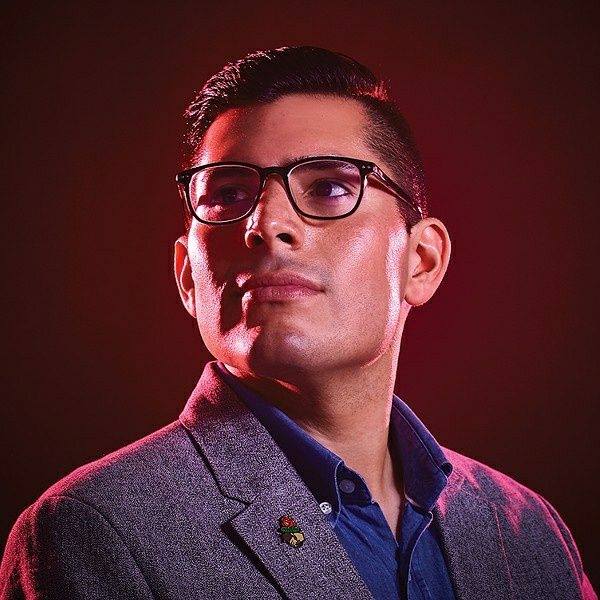 Rosa, who has been on the radar of local politics for a while, was recently brought on and kicked off Progressive Daniel Biss’ gubernatorial ticket.

Biss cited Rosa’s affiliation with the Democratic Socialists of America, a group that is neither a political party nor makes donations to political campaigns. It does local organizing across the country through services like brake light repairs, has gone from 8,000 to 30,000 members in the last year alone, and is publicly critical of the actions of the state of Israel, which was Biss’ main concern for the state of Illinois.

“We were disappointed, but not entirely surprised, to learn that Daniel Biss made the decision to drop Carlos Ramirez-Rosa from his campaign,” Chicago DSA’s statement said. “While we believe Carlos would have made an outstanding lieutenant governor of Illinois – as he has made an outstanding alderman of Chicago’s 35th Ward – we also believe that he is a man of strong principle and great humanity. The Biss campaign asked him to forsake those principles and abandon that humanity by repudiating his support for the Boycott, Divestment, and Sanctions (BDS) movement, and Carlos refused. We would rather have him fighting for the poor, the disenfranchised, and the marginalized in Logan Square than compromised in the governor’s mansion, beholden to special interests and lobbying groups for the wealthy and powerful.”

This left Rosa open to run and get his petitions in before the deadline this week. In a statement early Tuesday morning, Ramirez-Rosa made note of his time working as a staffer for Gutierrez, then laid out his platform, a pledge to “vigorously oppose President Trump’s regime, and fight for the progressive policies that will uplift the 4th District’s working families, including medicare for all, free college tuition, stopping deportations, and a $15 living wage.”

Folks across Illinois have already voiced a considerable amount of support for his campaign, which is notable considering recent concerns within the democratic party that identity politics and socialism are irreconcilable.

I am in the Illinois 4th. It’s gonna be a competitive race to replace Congressman Gutierrez but Alderman Ramirez-Rosa has a very good chance https://t.co/IqkwB822cA

How Rosa will be received on a larger scale is still yet to be seen, but his work within his ward as alderman is particularly notable as he has had major successes with his unique style of wardship.

“The work that I do at the legislative level is always informed by those that are directly impacted,” Rosa said in an interview with Jacobin Magazine. “I also try to replicate this at the ward level. Aldermen have extraordinary unilateral control over many decisions that are made in their ward.”

For Rosa, direct communication has been the guide to representing his primarily latinx district in America in 2017.

“The community then tells me what they would like me to do,” Rosa said. “Likewise, when it comes to allocation of the $1.3 million in-ward infrastructure funds, I’ve turned that over to the community through participatory budgeting. Through a series of neighborhood assemblies and a vote that is held every year, every ward resident, regardless of immigration status, who is above the age of fourteen and can show that they live within the boundaries of the 35th ward, gets to vote to decide how they want to allocate that money.”

This style and its benefits are relevant especially the national scale, especially with consideration of the Republican party’s recent noncommunicative voting practices in the most recent Tax Bill vote.

You can find out more about Rosa’s campaign on his website here.