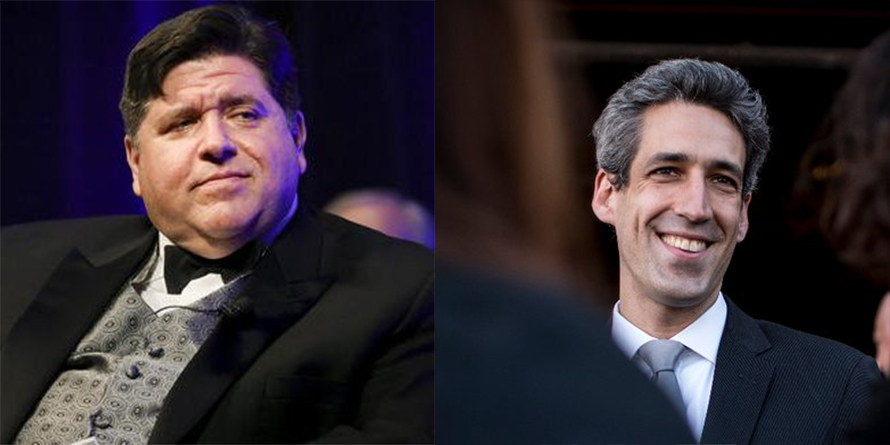 As the voter registration deadline closes, the gubernatorial campaigns have continued to heat up daily. On the democratic party side, recent polls show a growing battle between JB Pritzker and Daniel Biss.

Other polls look similar, with Kennedy showing some progress in some, and Pritzker showing a bigger lead in others. The other piece of note in the race so far is how these campaigns have been run.

Pritzker’s campaign has had its ups and downs. After leaked FBI audio with impeached Governor Blagojevich was leaked, his polls took a sink from an otherwise comfy lead. It was Pritzker’s comments on who to replace President Barack Obama’s vacant Senate seat that drew the most attention, particularly his apprehension to nominate anyone ‘African-American’ if he didn’t have to.

“I’m sure you thought of this one, but Jesse White,” Pritzker said. “Even though I know you guys aren’t like, you know, bosom buddies or anything, it covers you on the African-American thing. [White]’s totally, he’s totally, you know, uh, he’s Senate material in a way that Emil Jones isn’t, if I may say, I mean, you know. He’s just, I don’t know how to say it exactly, but Emil’s a little more crass.”

Prizker’s campaign spending is another talking point for progressives, and the Biss campaign put together a spending calculator based on Pritzker’s near $50 million dollars in campaign funding so far, dwarfed only by Rauner’s over $70 million.

JB Pritzker’s campaign spends the monthly cost of living for a family in Evanston, Illinois in 50 minutes and 42 seconds. https://t.co/k0Z96QnRvv

It can be said that Biss’ campaign has gotten significant recognition by Pritzker’s campaign’s recent moves on social media. It was noted in a pro-Biss Facebook group that searching for Daniel Biss returns a smear site before Biss’ own website.

After scoring Biss’ record, Pritzker’s campaign found a vote in which Biss was in favor of a public overhaul of pensions. In response, the Pritzker campaign purchased a series of urls linked to twitter accounts, danbiss.net, bissplease.net, all citing this pension position change.

Friday on @fox32news, @DanielBiss was repeatedly pressed on the unconstitutional bill and confronted with the reality that his “flip-flop here has disappointed many.” #ilgov #twill pic.twitter.com/tP3s80pjxd

“I learned my lesson, and I think the Supreme Court helped teach us a really important lesson,” said Biss in his Crain’s interview. “The Supreme Court was right. These pensions were promised to people.”

The Chicago Tribune reports that he followed this by explaining that he now believes the pension problem can be tamed without cutting any worker’s benefits — by consolidating plans, raising more money through a graduated state income tax and a tax on financial transactions, and forcing the General Assembly to make the annual pension investments recommended by actuaries.

Biss’ campaign has also gone out of its way to promote that it is pro-cannabis law reform, especially with its relation to racial inequality nationally.

This stands as one of the few major opposition to Kennedy’s campaign so far, considering that Chris Kennedy will have his nephew Joe Kennedy, the recent democratic State of the Union response appointee and noted anti-legalization advocate Joe Kennedy, campaign for him.

“And when we enact the bold criminal justice reform agenda that I am committed to fighting for, the next step is going to be to look at then, incarcerated, who would not have been, supposing that the new system had always been in place, and you have to be very, very aggressive and robust about using the commutation in those cases as well because that’s really the way to end mass incarceration,” Biss said.

Voter Registration closes tomorrow, February 20th and the Illinois election will take place on March 20th. All Scapi readers are encouraged to make sure they’re registered to vote if they’re not already and can do so online here. Edit: Only Registration by Mail ends on the 20th, Voters can still register online up until the time they vote at their precinct.