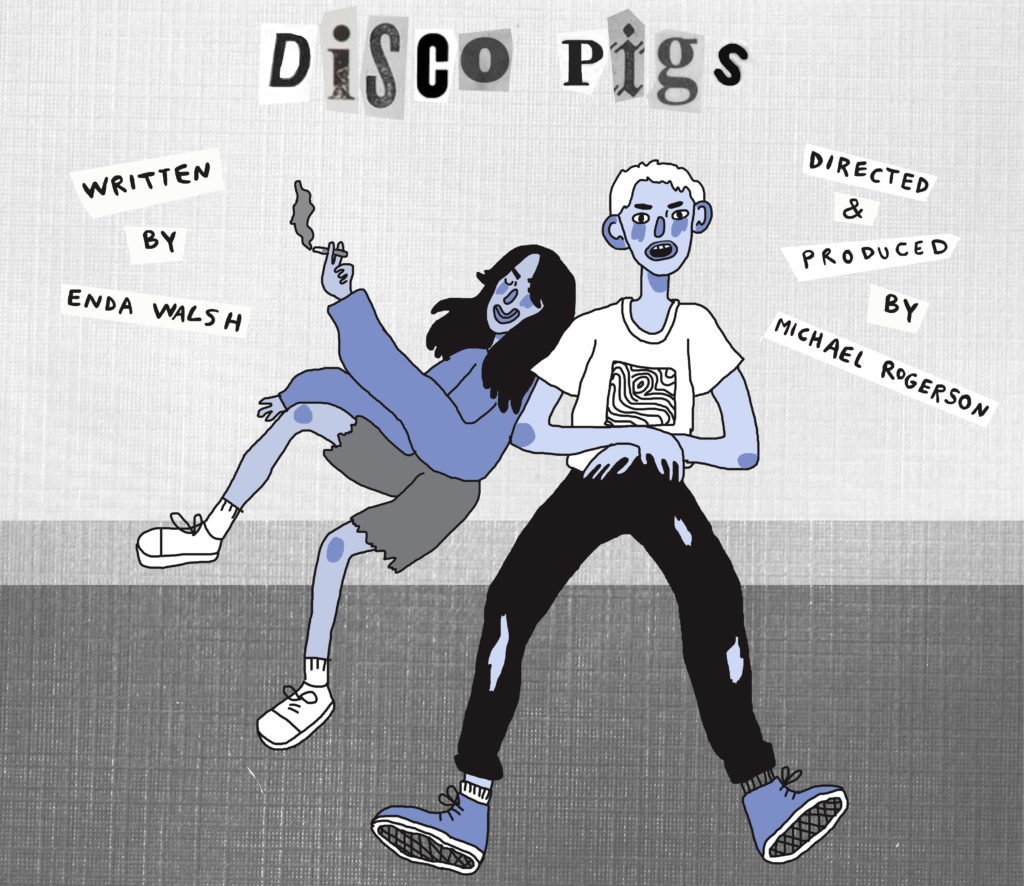 Walking through Earphoria, one encounters Christmas lights, walls covered in murals of alien landscapes, monstrous junk-sculptures and piles of music equipment and ephemera that have seen a lot of love. Cassettes, mic stands, cables, guitar cases, stray instruments and technical equipment litter the house in a pattern that at once seems chaotic and masterfully designed. The history and function of this DIY Chicago institution come to life around those who enter it. This is a place where musicians can practice, perform, record, affect their environment and crash when they have nowhere else to go. This is a place where people can come and make real the images and sounds from the deepest parts of themselves.

Last Thursday, March 22, Earphoria treated its guests to some strange sounds. But these were not the sounds of noise and song; no, these were the sounds of two voices speaking in strange tongues, accompanied by a lone drummer. These sounds were caused by Earphoria’s new chapter in its existence. It is opening its doors to full-fledged theater.

“I musta emailed… eight, ten different places, maybe…” director Michael Rogerson recounted. “I got some firm no’s and some non-responses… And then [Earphoria curator and housemate] Glad Matt* was like, ‘Oh, that sounds really interesting, we’ve been meaning to do a play here.’”

Rogerson is the director/producer behind Earphoria’s current production of Irish playwright Edna Walsh’s 1996 drama “Disco Pigs.” The play follows Runt and Pig (embodied by Sophie Neph and Tom DeFrancisco, respectively): two best friends who create their own language and their own world of violence, debauchery and dancing as they negotiate their own sexual and emotional maturation.

In a way, with its focus on youthful exuberance for music, this project is not such a leap for Earphoria.

“I was like, this is my very off-kilter take on a musical,” Rogerson said. “‘Cause we’re really framing our take on the play with music, and this idea of this sort of rhythm underneath [Pig and Runt’s] relationship.”

Indeed, a short set from different bands precedes each performance of the 50-minute show, and the entirety of the play is underscored by Aidan Kranz’s drumming. As Sophie, Tom and Aiden osmose around each other through percussion, nonsensical language and highly lyrical Irish vernacular, the audience can imagine that they are listening to a performance art noise band.

““Disco Pigs” is reminiscent of some of the more experimental/noise type performances we have had here,” Earphoria curators and housemates Glad Matt* and Bento* said.

Having worked closely with Rogerson to ensure that the space accommodates his theatrical process and needs, Matt and Bento can attest to the fact that the production sits comfortably alongside the rest of Earphoria’s work.

So for those averse to traditional dramatic trappings, have no fear. What with incessant rhythm, simulated births, brutal bar fights and intimations of incest, there is enough madness here to convert even the strongest non-believer.

What is perhaps most exciting about this production is the way in which the “Disco Pigs” team respectfully approaches the world of its host space—not only as a financial necessity and fun social setting, but as an aesthetic and genre that perfectly fits the contours of the play’s emotional landscape. In “Disco Pigs,” at one point, while noticing squares out-and-about, Runt and Pig say:

RUNT: Who do dey wanna be?

PIG: Dey wanna be der moms an dads a course!

RUNT: Wadda we wanna be, Pig?

Through all of their messiness and Freudian turmoil, Runt and Pig just want to be free to inhabit the world in the way that makes the most sense and feels the most liberating to them. Or, to put it another way, the folxks who have been frequenting Earphoria forever may see themselves in this play, fighting for their autonomy and their right to stay weird.

Rogerson is excited about opening up theater to this new audience. He spoke enthusiastically about the ways in which the space will invite an audience that has maybe never enjoyed (or perhaps even seen) a play before.

“And then lots of [theater] people who’ve maybe never been to a DIY venue… would actually see what that was like,” Rogerson said. “I liked the idea of creating an event where there are these two different audiences who would be sharing the same space… talking to each other and hanging out.”

As much as the play may be a surprisingly natural fit for Earphoria, Earphoria is equally as natural of a fit for “Disco Pigs” and would make Edna Walsh proud.

“I want to make stuff in the corner of a room, and that’ll be enough,” Walsh said in a podcast interview with the Royal Court Theatre.

Walsh’s utopic artistic aspirations sound like a description of Earphoria’s natural state: haphazard clutter and minutia framed as beautiful worthy of close inspection. Moreover, “stuff in the corner of a room” sums up the philosophy of Rogerson’s presentation of the play: the environments that are summoned with colored lamps, the actors’ storytelling, the audience’s imagination, and a highlighting of the details of Earphoria’s pre-existing, unique spatial qualities. This is a world of little moments made big, the way that children turn remote controls into airplanes and suburban peripheral spaces into mystical, alternate universes.

The music fans, the theatergoers and the general weirdos who encounter this powerful performance probably share this sentiment. The question is how we will grow and change from such a place.

“Many times, we fail to step outside of our own bubbles and [we] exist in a self-involved art and music ego trip,” Bento and Matt said. “While that space is important… for creating, we mustn’t forget that there’s so much else happening right next door that’s just as important and valid as what we’re doing.”

*Subjects asked to use pseudonyms.