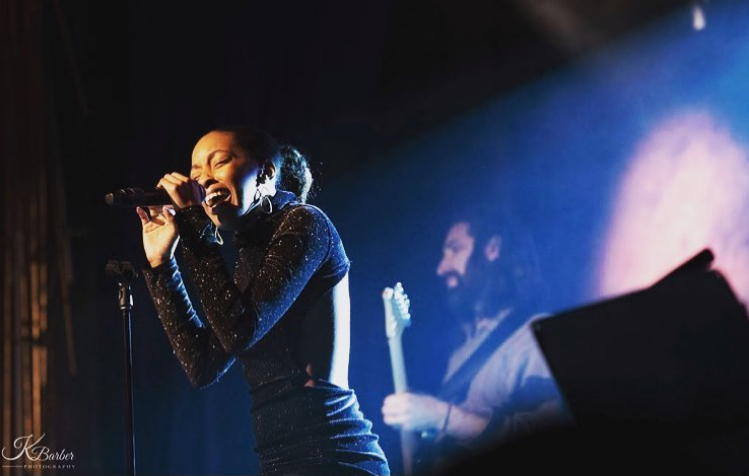 “My Regards To Black Broadway.”

JS: How’d you get to the Great White Way?

BD: I got to New York city in 1997. I came in with the show ‘Ragtime’ it was my first broadway show. I’ve done six Broadway show. I spent a year in Toronto doing the show. I auditioned for it in an open call in Los Angeles, got an opportunity to be able to fly to New York city for the callback, got the job, moved to Toronto for a year. The show closed and by then an L. A. production had opened. I ended up going into the L. A. company for a couple of weeks and they were just throwing money, money was everywhere. they literally made me brand new costumes..

BD: I left the day after Thanksgiving 1997, moved to New York and I’ve been here ever since.

KD: I didn’t get into theatre until my senior year of high school. I did this play junior year but really it was senior year that opened my horizons to everything. I used to say that theatre was a cult because I didn’t really know much about it but I ended up doing this All-State Theatre program.

So I told my mom and of course as parents they were like ‘you’ve lost your mind’…and I’m like ‘no mom, no, no, no you need to come see the show this is different’ and she was like ‘okay, i see now, but if you do it, you need to do it.’ I literally, kid you not googled top ten colleges for musical theatre. Like, googled it.

The school that I ended up going to was Ball State University in Indiana. Literally, God told me, this is where you’re supposed to be, and I didn’t question it. I walked in the first day of classes looking young with pink capris on, my first day of school outfit, out here killing the game in an acting class where everybody had on all black and they were all looking at me like ‘who is this girl?’

So I had a lot to prove. People really thought I was not going to make it from the jump.

BD: Were you the only one?

KD: There were three of us. There were two Black, me and another guy, and we had a third friend who was half Black, half white. I remember crying to my mom, being like ‘what am I doing here? I don’t know what I’m doing here’ and my mom was like ‘absolutely not this is what you wanted to do, you’re going to do this’ and I remember us praying that I would leave college booking a Broadway show and that’s exactly what happened.

JS: Read me your bio, wrong answers only!

KD: Well, I was in the original cast of ‘Chicago [the Musical]’…

KD: and you know I went on to direct my own one-woman-show called ‘Sally Meets George’. From there I got to be in a movie with Scarlet Johansson and we’ve been best friends ever since. So honestly, killing the game.

BD: I starred in ‘Hamlet’, Denzel Washington was my understudy and Samuel L. Jackson was my standby and I also did a television series called ‘Bernard’ and that ran for five years so it’s in syndication now and I was the first Black person to do the musical ‘Bernard’ and that’s another one that Denzel Washington was my understudied–he was a good actor. I’m also getting ready to star opposite Meryl Streep in a movie called ‘What’s Up, Bernard?’ so I’m very excited and very, very passionate about that project. I’m also executive producer on it so, you know, I mean that’s just to give you a little something.

JS: You two should form an improv duo! On a more serious note: the idea of a ‘Black Hollywood’ doesn’t seem to exist in the same way for theatre makers in Chicago. Perhaps because very little commercial theatre is made here. There is a community among regional, non-profit and DIY theatre artists but it doesn’t seem to be centered around Blackness unless you work primarily for Black centered companies and productions. Is there a “Black Broadway”?

BD: It’s a small circle of people doing ‘Ragtime’ which- it’s celebrating 23 years, we had a large Black ensemble. I still keep in touch with the majority of those people to this day. We were just a group of people who were proud. We stuck together. If things didn’t feel like they were gonna be right we, in the midst of stuff, congregated together, talked about it, made decisions, approached who we needed to approach.

As a Black actor, even if I didn’t work with them I always knew who they were. They knew who I was, you always knew who the Black people were that were on Broadway, and even though we’re generations apart we can still have those same things that we would know.

BD: You mention Hollywood, I think that’s a different sort of medium. I think musical theatre people are a lot more tangible. You can find them. You can touch them. You can talk to them…

KD: I definitely think the community is very strong and again I think it’s because of the humanity that theatre produces in the first place. Even though it is a big city, it still feels like family. They have events like S.N.O.B. which is Saturday Night on Broadway or Sunday Night on Broadway where everybody will get together and mainly the Black people, the BIPOC people in general will come in, there’ll be a DJ and everyone can hangout, chill and get to know one another.

JS: Kayla, you were recently featured on recording artists’ Joe Viba’s debut solo project, ‘Flora & Fauna’. What’s next for you?

KD: I’m doing ‘Dreamgirls’ via Clubhouse. That’s on that Clubhouse app. That comes out at the end of February for Black History Month.

JS: Bernard, I know you wrote the Cabaret set, ‘Unexpected Songs’. It was nominated for a MAC award and you also toured it!

Anything happening with you?

BD: Actually Friday, I start working on a reading of a movie. I can’t talk about it that much…I can say that I’m actually playing a Malcom X kind of character which is actually kinda cool.

You can keep up with these two Broadway stars via Instagram @kayladavion and @bernarddot.

Published in Impressions and Theater