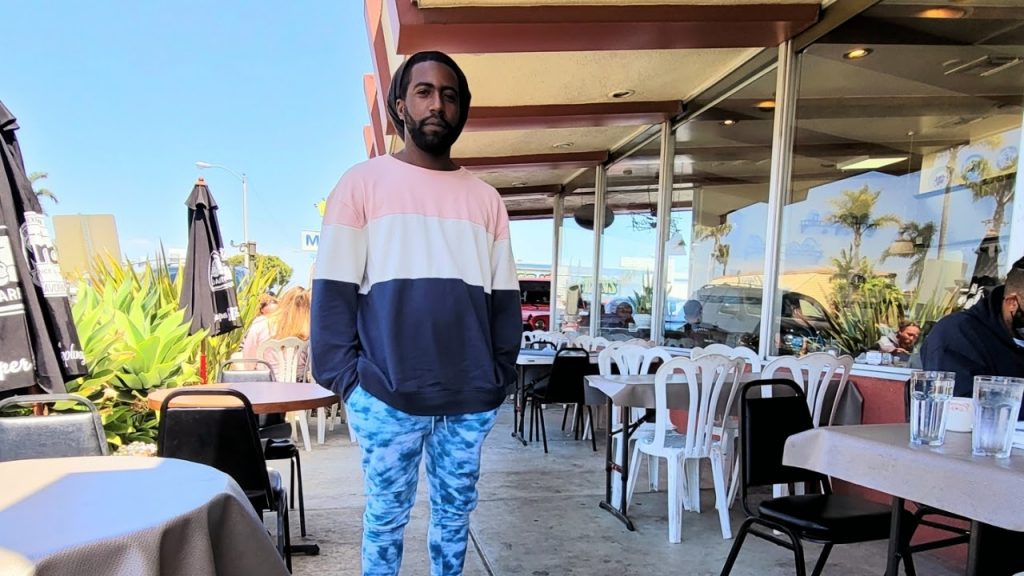 joJB, a Chicago based multi-genre artist, released their album, Blue Dream, in late February of this year, and the latest remix of the album drops today. joJB, collaborating with Top Pop Productions, is releasing the music video for the track “Save Ur Sry” on July 15th.

“Save Ur Sry” is a rap song with jazz and soul influences, featuring vocals by Deji and Chris Berry, The music video, shot in Los Angeles by Top Pop Productions and directed and edited by Eric Johnson, has a distinctly LA vibe, bringing a lightness to the complex and dynamic song.

A group of friends, played by James Kaemmerling, Jacob Joubert, Deven Berry, Chris Berry, King Mello, DJ Noble, along with joJB and Deji, clad in masks, walk up to their friend’s apartment to chill for the afternoon. The cinematography, weaving in and out gently, highlights the soulful vocals. The masks are a stark reminder of the reality of the past year, making the music video a part of the art emerging and influenced by the pandemic.

Blue Dream has an artist’s statement attached: “an adventure in the sky, a journey above ground, a remembrance of our good,” an ambitious and dreamy beginning to a soaring album.

joJB is Jo Schafer, who also writes for Scapi Magazine, is multi-genre artist, songwriter, and producer. joJB identifies as a folk artist, but is clearly influenced by hip hop and rap. “Folk is contemporary classical music,” says joJB.

Their wide musical influence is evident through Blue Dream. The ten song album starts with a mellow track, “I Think About You,” also has a song with a strong rock influence in “Deja Vu,” and R&B inspired track “In Our Time.”

“Freedom Chant” is the heart of the album, almost the thesis for the album. In fact, that track was impulsively released by joJB last year, and then he decided to include it. “As we recorded the demo, roughly, it was my immediate response to the protests.” The lyrics start as “we don’t care what they say, a revolution’s on the way,” a theme that is echoed throughout Blue Dream.

The album was prompted by the “pandemic, which was March through June, then we were normalizing the chaos of a poorly handled pandemic and reacting, yet again, to our perpetual event the need for black liberation and the need for major changes in the system,” says joJB.

“95th Street” track was an interlude in the album, which was essentially found audio footage that was recorded on 95th and Lakeshore Drive, but it grounds the album squarely on the streets of Chicago.

joJB expands that the album explores “police reform and abolition and moving away from what it means to be an American. I feel like we’re constantly trying to redefine the American dream but the redefinition is always just a synonym. [The album was] prompted by that.”

In essence, Blue Dream is an album that centers liberation and joy. It takes the listener on a complex sonic journey through being a Black American and a Black Chicagoan in 2020. The “Save Ur Sry” video is an enchanting visual complement to the album that focuses on breaking through the struggle.

While JoJB is a performer, they feel strongly that they is a songwriter and collaborator. They are also involved with the Tapestries Collective, a collection of singers, songwriters, instrumentalists, and producers.

JoJB is hoping to get back to live performances this summer, producing and performing in venues around Chicago.

The latest remix of Blue Dream can be listened to here.