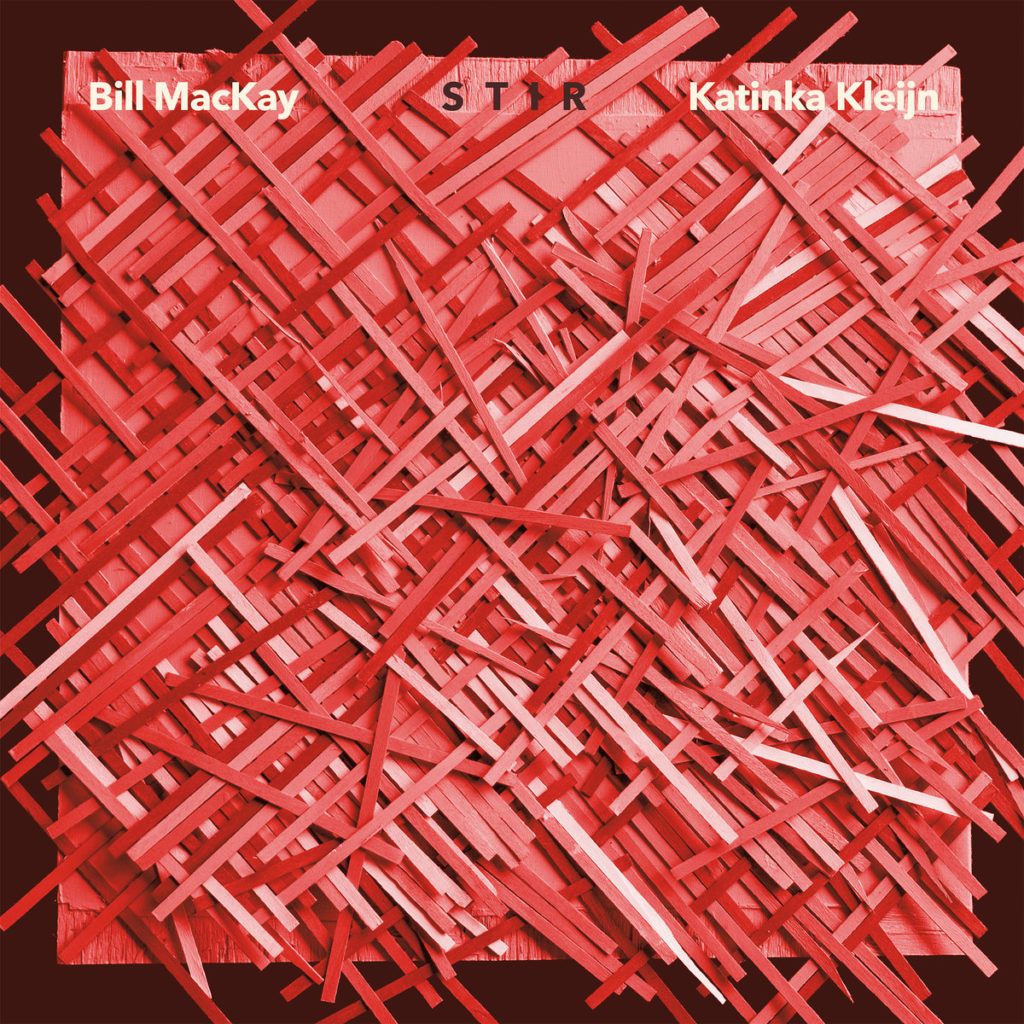 On October 11, 2019, musicians Bill MacKay and Katinka Kleijn released their latest album entitled STIR. MacKay, a guitarist, composer, and Drag City recording artist, and Kleijn, a classical cellist and veteran of the Chicago Symphony Orchestra (CSO) and International Contemporary Ensemble (ICE), have made a habit of working together in multiple capacities over the course of their partnership.

According to Drag City’s website, “The combustive guitar/cello chemistry of MacKay and Kleijn is drawn from avant-rock, classical and experimental inspirations, forged through years of live performance. The freedom-cum-new traditionalism Bill played with on Fountain Fire and his Ryley Walker collabs is full-on here, in a song-cycle for the duo with wide improvisational spaces.”

I was lucky enough to learn just a little more about this incredible pair and their newly conceptualized album. In chatting with us, MacKay and Kleijn shared a little about what it’s like to work on an avant-garde album, where the inspiration for such a unique piece came from, and just how they applied imagery from their inspirational source to the pieces on the album.

Scapi Magazine: How did you begin working with one another? What made working together so intriguing?

Bill MacKay: We met through a mutual musician friend saxophonist-composer Greg Ward, and after knowing each other a few years, we thought it might be very cool to work together. In the early days, we mostly did purely improvised sets. But we quickly moved on to include playing compositions, themes, graphic scores and mixtures. I was intrigued by Katinka’s playing and I felt that we’d do something interesting as our perspectives diverged but also intersected.

Katinka Kleijn: A dear colleague once told us that we neither accompany nor play solo when we play together, and I really identify with that. We have a special capability of synergy. I think that particular openness towards each other, a combination of listening and initiative, makes us a dynamic team.

SM: What is the inspiration for STIR?

BMK: I set about to do a series of compositional sketches based on the strong impression made on me by Hermann Hesse’s novel Steppenwolf. This was something I’d wanted to do for quite a while. And our duo seemed the perfect vehicle. They were a mix of melodic sketches, words, and graphic elements – and Katinka and I took this material and worked very closely together on the arrangements & moods we wanted to invoke.

SM: In what ways is STIR an experimental album?

BMK: It’s experimental to me primarily in this sense: that we had a vision for the work, but did not allow ourselves not to be restrained by our own parameters – whether conceptual, compositional or psychological.

KK: I perform a lot in both notated and improvised idioms. What is experimental to me about this album, is that we were able to create something that uses both, and that in itself feels like a compositional unit, created in real time.

SM: What past influences or experiences do you continue to use to influence your sound, both as an individual musician and as a duo? Is there one particular tip, trick, or lesson that you like to use when creating a new piece?

BMK: I’d say nothing is off limits… Writing can start from a simple phrase, a few notes or a chord that just strikes me. There is really no single tool or technique that always produces results, but the finished songs in a way usually seem to belong to a family.

KK: I agree so much with Bill on that nothing is off limits. I think that’s what I love so much about this duo, because I can bring everything I am thinking about, or have experienced to the table. I specifically love that we both are comfortable working with media outside of musical notation, such as words, images, colors or concepts.

SM: Tell us the story behind Door to the Magic Theatre. To me, this piece has a clear story behind it that built an image in my head. What’s the story?

BMK: Well, that’s great to hear, first of all. I think the narrative sense listeners get will all be their own. But when writing the sketch for it, it did relate to the episode in Steppenwolf where the protagonist is pondering openings in his world, and whether to pursue them, and coming upon the theatre, he has a definite sense of it being an important threshold to cross. So really I just thought of a musical concept that would evoke that, and Katinka and I employed those ideas as we improvised on the concept.

SM: A Series of Doors sounds like just that; with each movement, it’s as though you are walking through doorways of different shapes, sizes and materials. What are the doors, if there are any? Where are they going?

BMK: Oh, I really like that image. It to me is both literal and very symbolic. In my mind it adheres closely to the images in Hesse’s novel where the central figure Harry has to make his way through a kind of labyrinth, or really a series of doors, in his search for himself. He’s beginning to let go & trust. So passing through these doors is an act of discovery. Of course we can’t predict what waits on the other side. If we waited to figure it out first, we’d never take a step.

SM: Which song on the album would you recommend for people who are new to your sound?

BMK: No One here is a Stranger comes to mind, not because it encompasses all we do, but rather because it invites listeners into a certain kind of world. It is a place drawn from a part of our vocabulary, and is kind of intrinsic to our arc. And I really dig the moods that came out in it. They seem signature.

SM: If anything, what did you learn in the process of making STIR?

KK: We created a specific focus for ourselves for this album, with the combination of Hermann Hesse’s novel Steppenwolf’s inspiration, notated and pre-arranged elements, and improvisation. It made me think about how each element influenced what musical choices we made. I think this awareness is definitely something that we will elaborate further on.

After listening to the album several times and getting the chance to dive into the inspiration of the piece, I encourage anyone looking for something different from their daily soundtrack to tune in to this album. It is a contemplative play-space in which the mind is allowed to wonder, like Hesse’s protagonist, through a Magical Theatre with nothing but doors to open. The bellow-like, resonant tones of the cello paired with the thoughtfully articulated guitar allow for deep introspection, giving listeners an opportunity to really pause and fall down a rabbit hole of thought.

Bill MacKay and Kristina Kleijn will be performing at Elastic Arts on Friday, November 8, 2019 at 9:00PM. Tickets can be purchased here. STIR is now available on all major music platforms, including Apple Music and Spotify, and on the Drag City website.