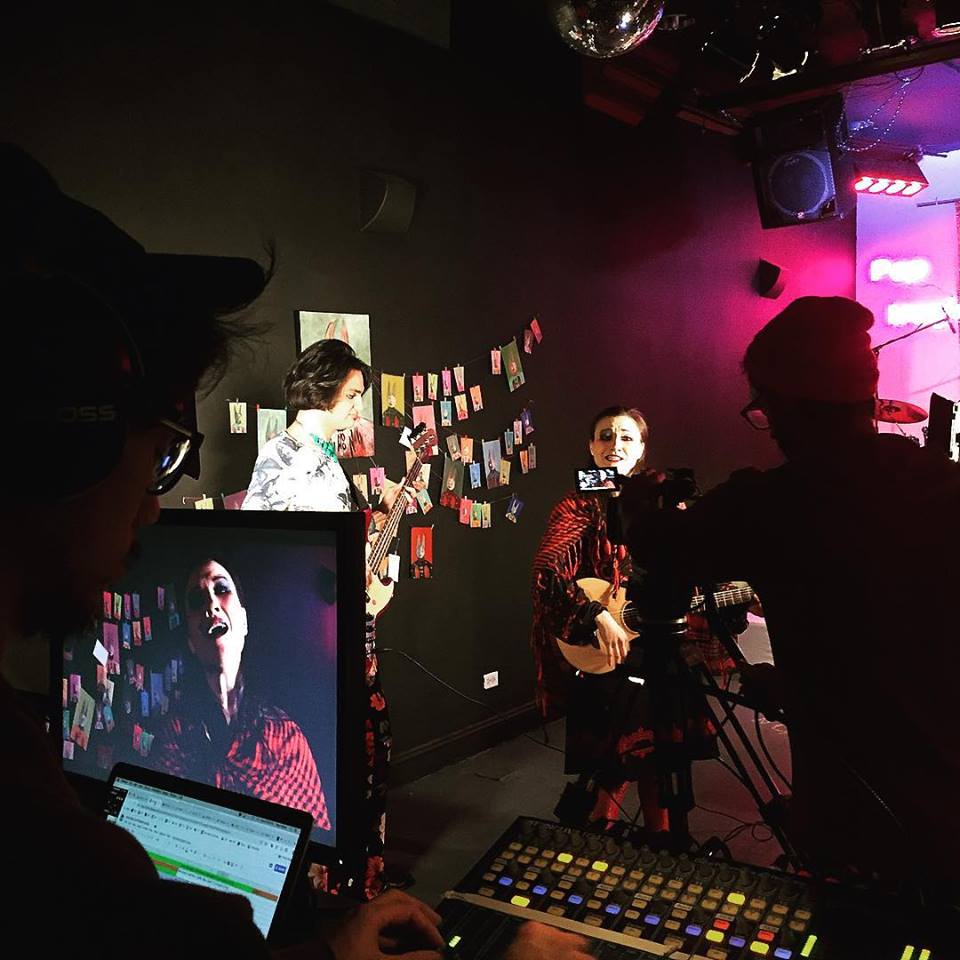 Some New, Some Old: A Conversation with Nire Nah and Alex Palma

On November 20th, 2018 Scapi Magazine sat down with Nire Nah and Alex Palma to talk about Everything Stands Back Up, knowing your artistry, building a multi-layered platform, and elitism.

Nire Nah is a singer/songwriter who creates music and art in Chicago.

“For the last six months or so I’ve been playing with a band. I’m a singer/songwriter and a visual artist as well and I try to rope that in.” Nah said. “I write very much from the heart and the brain and from a place from someone who’s always in recovery from mental illness, addiction, all kinds of fun stuff like that and I just try to report my finding through song.”

Trying to find the perfect space to create a multi-layered platform, Nah talks about her work with Patreon and what’s to come.

“I’ve been on Patreon for a couple years now and it’s been a very very slow development. Like the people who have been with me on Patreon from the very beginning have sort have to been patient with me as I try to figure out what I can and can’t do and I promised them a livestream right off the bat.” Nah said. “I was like ‘People do this. This is a possibility. I’m not worried about it.’ and then when it came to the time to do the concert last year for the first time, I was like ‘I don’t know how to do this’ so I just did the best that I could which was to make some videos and just share them. I was like ‘Next year, I intend to make it live.’”

Knowing the difficulties of building a platform for a new project, Palma talks about the process of making a live stream.

“It seems like it’s really easy cause you do it from your phone.” Palma said. “But if you wanna do it TV style where it’s like multiple cameras, a mix, like it looks like you see on television it becomes the same process as in making TV where there’s a lot of details.”

After budgeting and a lot of planning, Palma talks to us about how Nah and him will take on the live stream concert and the techniques he’ll use.

“It’s mostly just trying to use what you have and make it all about that versus trying to do something that there’s no way you’d have a budget to use.” Palma said. “So for this stream, we’re just using one camera. And so the whole point would be that it’s from one frame so we’ll do it like inspired by one of those old cinema movies where they literally have one take for three minutes.”

While trusting another person to collaborate or work with you on new projects can be a tough idea, Nah gives us her story and advice on how to allow another creative expert to become a part of your projects.

“Well it kind of comes from a lot of work on myself of just sort of checking my weird insecurities and my ego cause I used to like just simultaneously live in a place where I can definitely do everything by myself and should have to and simultaneously feeling like I’m not capable of doing anything and I can’t do anything by myself at all.” Nah said.“ I think I just sort of realized it’s neither one of those things. I have to recognize where my strengths begin and end and like if I really do believe in my music, what are the connections that I have between me and my intended audience?”

Getting more in depth with the live concert, Nah tells us what to expect from the live stream and talks about her newest album, Everything Stands Back Up.

“So the reason this whole show exists is as an extreme thank you to the people who have been supporting me on Patreon so it’s very much keeping in mind what they would want to be seeing.” Nah said. “It is a little preview of my next album, Everything Stands Back Up, which we are all developing as a band which is exciting, and we’re also going to be playing some Coeur songs. So hopefully some new, some old.”

Being in Chicago, with artists collaborating everywhere, Palma talks to us about what it means to do this in a city like Chicago.

“I think just the people that you run into because it’s like a metropolis. I think you either collaborate with your environment or you just hide in the middle of the wilderness somewhere and make art that is purely from you or inspired by nature.” Palma said. “I think, in my opinion you should be required to collaborate with people. Otherwise you’re just kind of consuming the city.”

Listen to this Scapi Magazine episode here and learn more about Nire Nah and to listen to her newest album visit her website.

Published in Art, Music and News