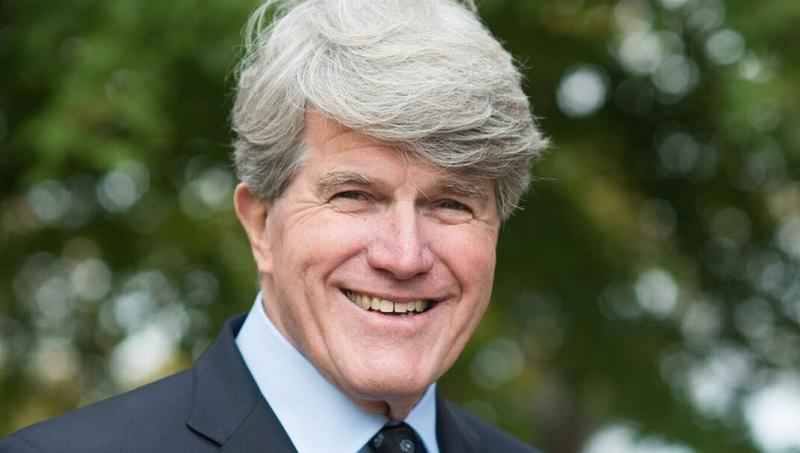 On Sunday night, WI Democratic Gubernatorial Candidate Matt Flynn was asked in a gubernatorial forum about his position as Chief Lawyer for the Archdiocese of Milwaukee during the height of the sexual abuse and cover-up scandal involving Catholic priests and children, especially with regard to one Father James Arimond. In the video below, Flynn’s response is at 6:09.

In person, he waved off the questioner, Sarah Pearson, but Pearson had also brought a significant grouping of documents proving that not only was Flynn aware of the coverup, he orchestrated the payout to Arimond of 25,000 dollars from the Archdiocese of Milwaukee.

Flynn joined the law firm Quarles & Brady in 1976, and it was through that firm that he became Chief Lawyer for the Archdiocese of Milwaukee. It was Quarles & Brady who signed the payout check to Arimond in 1996, as shown in the documents mentioned above. 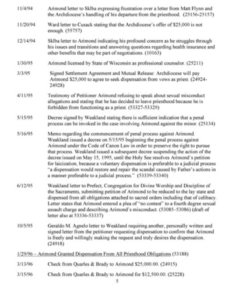 The documents also point to Arimond having the desire to work in “family counseling,” pointed out by Department of Corrections Supervisor Kathy Walter. This letter was to Reverend Richard J. Sklba, a member of the Milwaukee Archdiocese.

“[Arimond] told me that he planned to do ‘family counseling’ after his probation service ended,” the letter reads. “I told him to absolutely not do that or any other counseling. He told me that he had a ‘friend’ who would arrange the opportunity for him to conduct this counseling.

It was January 30th, 1995, the year before the payout from Flynn’s firm to Arimond, that Arimond had applied for and had obtained a counseling license.

Minutes from an archdiocesan meeting in 2003 show that giving payoffs to priests known to be sexual predators was not uncommon under Flynn and the Archdiocese of Milwaukee.

In a statement today, Flynn says anyone who wants him to drop out of the governor’s race because of his past work defending the Milwaukee Archdiocese can “jump in a lake.”

Flynn also responded on The Next Four Years – Milwaukee Facebook group page writing, “I had no knowledge of Arimond’s application for a license or a job after he was removed from [the] ministry. If I had known that he was applying for any counseling license, I certainly would have objected to the licensing authorities.”

“Wisconsin deserves so much better than this,” said Pearson. “At minimum, Wisconsin’s next governor should be someone who can be trusted to protect children from abusers. Matt Flynn is not that person.”

Women’s March Wisconsin, the Madison chapter of NOW and the Wisconsin chapter of National Organisation of Women (NOW) have led the charge for more answers from Flynn regarding this matter.

Both the Wisconsin and Madison Chapters of NOW have also cosponsored the call of Women’s March WI for Matt Flynn to end his candidacy for Governor of Wisconsin.

You can contact Pearson through the Women’s March here, and Lindsey Lemmer, President of the Wisconsin Chapter of NOW here.