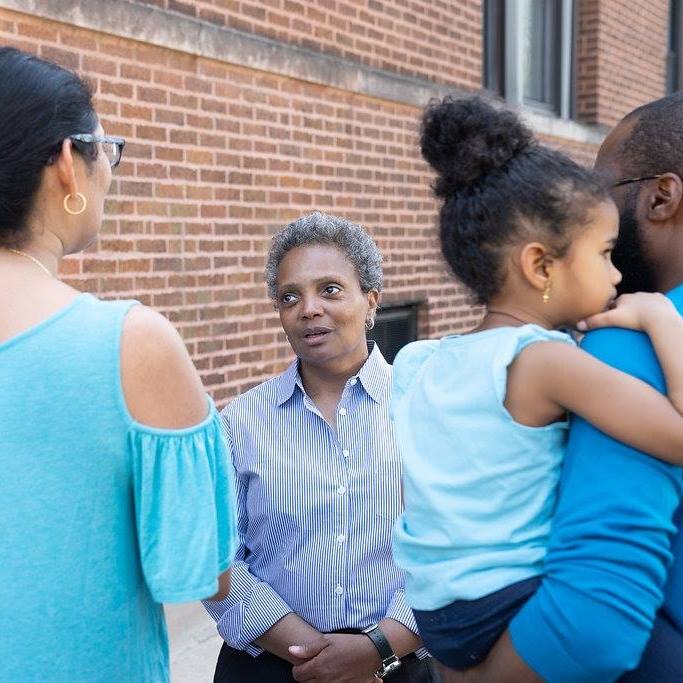 Police Accountability is not Just a ‘Good Idea,’ It’s a Constitutional Necessity in Lightfoot’s Government

With Chicago embroiled in its own Police Accountability issues noted in the death of Harith Augustus. Lightfoot’s campaign issued a statement afterward, reiterating her call for thorough investigation.

“My condolences and prayers go out to Harith Augustus’ family and friends as they mourn his death,” the statement reads. “This tragic loss of life and the ensuing outcry underscore the reality that much work remains in restoring trust between the police and the communities the CPD is sworn to serve and protect. A swift, independent, and thorough COPA investigation is essential to building public trust and keeping our communities safe.”

This statement was in line with the conversation Scapi Radio got to have with the mayoral candidate last week, wherein Lightfoot made clear that the bare minimum for policing done constitutionally is founded in community building and further development outside of academy 101. 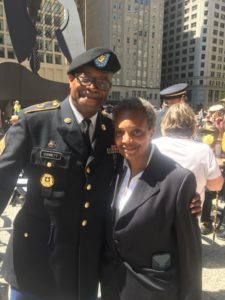 “Getting policing right is fundamentally important to the most vulnerable people in the most distressed neighborhoods in our city as well as it is for all the rest of us,” Lightfoot said. “And I hear from people of every walk of life every demographic all over the city who say to me I’m scared. I don’t feel safe.”

Lightfoot’s experience with both sides of this issue is extensive, meeting with and knowing many people whose lives are directly affected by inadequate police practices while working as a federal prosecutor and in Police Accountability has afforded her a unique position with a hopeful view forward.

“This is an issue that resonates across the board with people. So getting that right is critically important,” Lightfoot said. “We have to make sure that our police department is best in class so we can deliver on its obligation to serve and protect everyone.”

For Lightfoot, this isn’t just about Northside neighborhoods. Most Chicagoans know that these neighborhoods have already segregated in a way that they’re not plagued most by gun violence.

“On the other end of the spectrum, for people that live in Austin, which is consistently the most crime plagued neighborhood, or West Garfield Park, or North Lawndale, or Inglewood, or Roseland, or Humboldt Park, and the list goes on and on, those residents don’t have the liberty of saying ‘let me just go in my pocket and pay for private security,’” Lightfoot said. “So we’ve got to get this right for every citizen in Chicago.”

To Lightfoot, policing is a constitutional entity and as such, it needs significant checks in order to make it effective for all citizens, not just those that find representation in the government.

“We have to do a much better job of dealing with the practical reality that Chicago is one of the most segregated cities in the country,” Lightfoot said. “We recruit from those segregated neighborhoods. If you go to an academy class today, or worse a promotion class, (meaning somebody who wants to be a supervisor of men and women in the department,) you walk into one of those classes and what you’re going to see is that people in that room invariably have self-segregated by race. So if you are meeting somebody who is different than you for the first time as a peer in the police academy or in a promotion class we have to make sure that no matter who you are, what your background is, that you can police anywhere and deliver quality services in a respectful and constitutional way.” 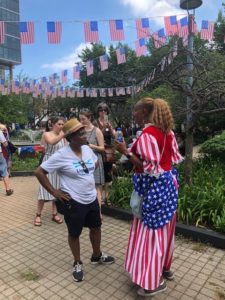 This also means looking at what it takes to serve as a police officer. Lightfoot’s work in the past has made it apparent that officers today can be left unchecked after graduating from the academy.

“We start with training,” Lightfoot said. “If our officers, as we found out during the work of the task force, leave the academy and spend 25, 30, in some instances 40 years on the job and never get professional development again over the course of their career, that is absurd and unheard of and says frankly that we are not valuing the department’s most important assets, its people.”

For some, this may seem extensive, but for Lightfoot it’s the bare minimum.

For many Chicagoans, how the Chicago Police Department conducts its business is high on the list of what this city needs to address. Lightfoot feels the same way.

“One of the big reasons I got in this race is because I know that in my core,” Lightfoot said. “We’re not going to delay. We’re not going to have any roadblocks. We’re not going to say we mean it but not really mean it and not provide the resources and determination and frankly accountability that has to be there to make police officers legitimate in the eyes of the public.”

“I know how to solve and address the issues and a challenge to policing in the city,” Lightfoot said. “And I can do it from the mayor’s office.”

This is the second in a three-part series of articles from our interview with Lori Lightfoot for Scapi Radio, which you can hear here. You can also find out more about her mayoral campaign here.