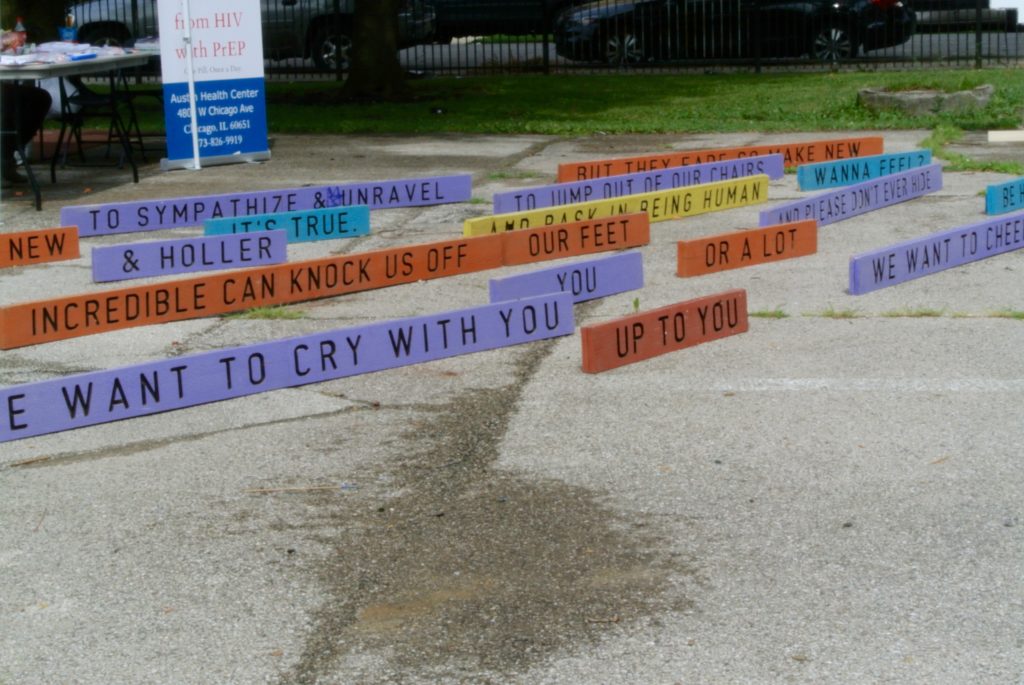 Bringing a Community Together to End Hunger: An Interview with the Creator of FEAST

Pictured above: Photo from The Appetizer with Pachanga!/Photo: Michele Behrens

On July 14, AMFM founder, Ciera Mckissick created the first part of her three-part community series known as FEAST, an art, music and food festival for emerging artists in the Chicago-area and also to raise awareness to food deserts and hunger issues.

The first part of the FEAST series was The Appetizer with Pachanga!, which included a food drive for the local food pantry and featured live art, performances, and food vendors.  The Appetizer included poetry from Brown and Loud Press, and music performance from Kopano, Jesse 5000K, Decima and others.

I met with Mckissick to talk about more on her vision of FEAST and the three-part series, how the festival came to be and how she wanted to help emerging artists of Chicago.

Why was FEAST created?

Mckissick: FEAST was really born out of wanting to create a festival for emerging artists. I kept noticing that the larger festivals in the city, you had to be famous to perform at them, so I wanted to do something typically for the emerging artists that I work within the city, put their passions on a stage so that maybe one day they could play a bigger stage like that.

Why is FEAST so important to not only you but Chicago as well?

Mckissick: I wanted to tie it [FEAST] to a cause. I love food and food is really important to me and is also a community boundary breaker. I think when you break bread with other people, and different cultures—it really brings people together. I also wanted to help support food deserts in the city, because I find that a lot of different areas, especially on the West Side, don’t have healthy grocery stores, information about healthy food, so we wanted to come together for that.

Can you elaborate each part of FEAST and the impact?

Mckissick: The first one is the Appetizer. This is a food drive in collaboration with Pachanga, which comes from the city. We’re collecting canned goods, non-perishable food items, and we’re going to donate them to Marillac House Food Pantry and Marillac Social Center, which deals with people who are trying to get back on their feet, and helping feed the people at the pantries on the west side. The second one is with the Black and Brown Babes Collective. It’s going to be a community wide potluck, so we’re hoping to have people come from all over the city and bring a dish to share and do things like a Last Supper feast. The finale is the Feast. There will be a DJ tent, a main stage, art installations, and just put everything together, but one of the biggest components of it is the food trucks. We want to sponsor meals, have different organizations and corporations donate funds so that we can buy out a certain number of meals from those food trucks and make sure that it gets to the hands of people in need.

Part two of FEAST (The First Course) will be held on August 11 at Homan Square Park, 3559 West Arthington Street. Part three of FEAST (The Feast) will be held on September 8 at Douglas Park, 1501 South California Avenue. Follow the three-part series on their Facebook page, Feast, or by checking out the Chicago Park District website at Night Out in the Parks showcasing their upcoming events for more details.