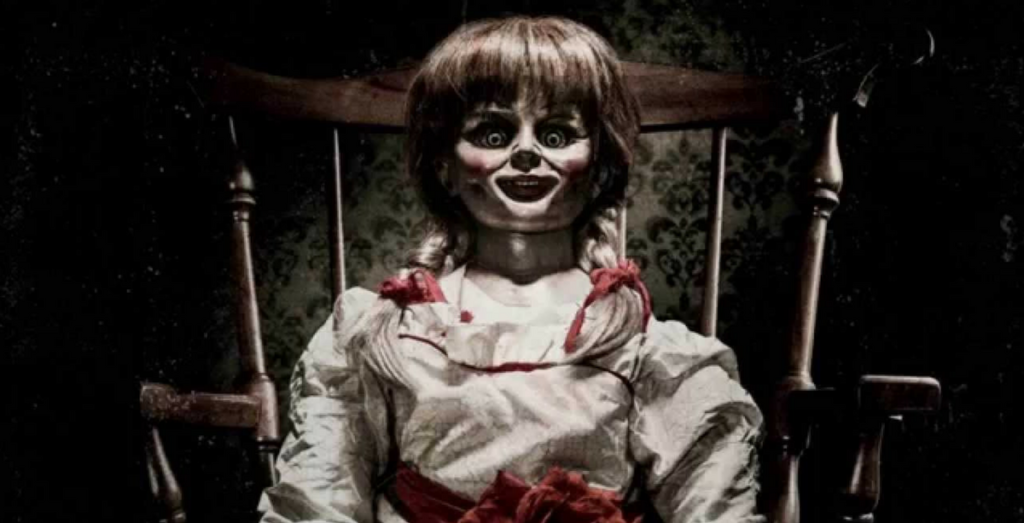 The Only Annabelle: A Storytelling Expression to All That Good Stuff Comedy Show

Editor’s Note: This is an expression by Michele Behrens in response to All That Good Stuff in a narrative form; it is followed by information about the work and process.

Comedy shows in smaller venues are diamonds in the rough. Performers and venues work hard to provide quality comedy to their intended audience.

As I recount my experience at All That Good Stuff comedy showcase at Cork & Kerry on August 9, I remember how everyone filed into the venue. The room was packed; every seat was filled. There were murmurs throughout the room, and I could feel the excitement in the air. I listened to others’ conversations around me as they mentioned previous showcases.

Watching each performance had me wonder: how did these talented people get into comedy? What was their struggle? These performers took moments from their lives and turned it into entertainment for others to laugh at. Some of these moments were personal, as they shared stories about sex and family. It had me wonder if the performers got into comedy for the opportunity to share their stories to relate to others, and laugh in response.

Sometimes, it’s the little things in our everyday lives that shape our outlook in life— whether it to be to laugh or get upset at these occurrences. It could be an ironic story of how you ditched a person in the bar but somehow saw them again later. It could be how you spilled coffee on yourself earlier this morning. Comedy shows make the audience feel human, and possibly even thankful that their days are better than the presenting comedian’s days.

Everyone’s life can turn into a comedy in some way. I often hear people exclaim that their life should be on reality TV, or even they feel like one day they could be an actor on Saturday Night Live—just because of how much their “life is a joke.” We all imagine in one way or another that hopefully, someone will retell our story for an audience to hear.

I remember one story just a little too well, unfortunately…

My first year as an undergraduate in college, I was invited to a Halloween house party. My friends and I were freshmen and going to our first college party; naturally, we were excited. We talked for weeks about what we should dress up as, if we should do a group costume, and so forth. When the day of the party came, I decided to go as Annabelle—the possessed doll that inspired the movie Annabelle. It was a simple costume, as all I had to do was put my hair in braids, do my makeup like hers and find an old dress from Goodwill.

It took me a little longer to get ready because I was putting fake blood on and the finishing touches on my costume. I drove separately from my friends, and they told me to meet them at the party. After 30 minutes, I drove to the party. I must say, I looked pretty scary!

I walked inside to find that nobody was wearing a costume. When I walked in, it felt like everyone had frozen as they saw me, as if Annabelle was indeed walking inside this house. I walked around and everyone kept looking at me. I felt like I was living out the scene in Mean Girls where Cady Heron (Lindsay Lohan) was the only one dressed up in a scary costume at her high school Halloween party. At that moment, I understood how she felt in that scene: confused and embarrassed.

When I finally found my friends, they told me they had changed out of their costumes at the last minute because they found out no one was going to dress up for the party. Hearing that was strange to me—why would you have a Halloween party without dressing up into something? I was starting to hope this wouldn’t be how the rest of my adult life would be— people not wanting to put in the effort to dress up or not be judged by others. As the night went on, many people wanted to take pictures with me, or rather with Annabelle (or maybe just because I was the only one dressed up), so at least the night wasn’t a total disappointment.

It was an embarrassing experience, but one I can look back at in my life and laugh at. I feel like that’s sometimes all you can do.

All That Good Stuff is a comedy showcase in Beverly on the Southside of Chicago. Hosted by fellow Southsiders Mary Kate Beck and Maggie DePalo, it features Chicago comedians like Lael O’Shaughnessy, Daryll Schmitz, John Norman and Sonal Aggarwal.

All That Good Stuff performs at the Cork and Kerry for no entrance fee every month. Every month there is a new headliner, along with a different lineup for the comedy show.

The next All That Good Stuff will take place Thursday, September 27 at 8:00 PM at Cork & Kerry, 10614 South Western Avenue. More information can be found on their Facebook page, calling 773-445-2675 or via email at allthatgoodstuffshow@gmail.com.