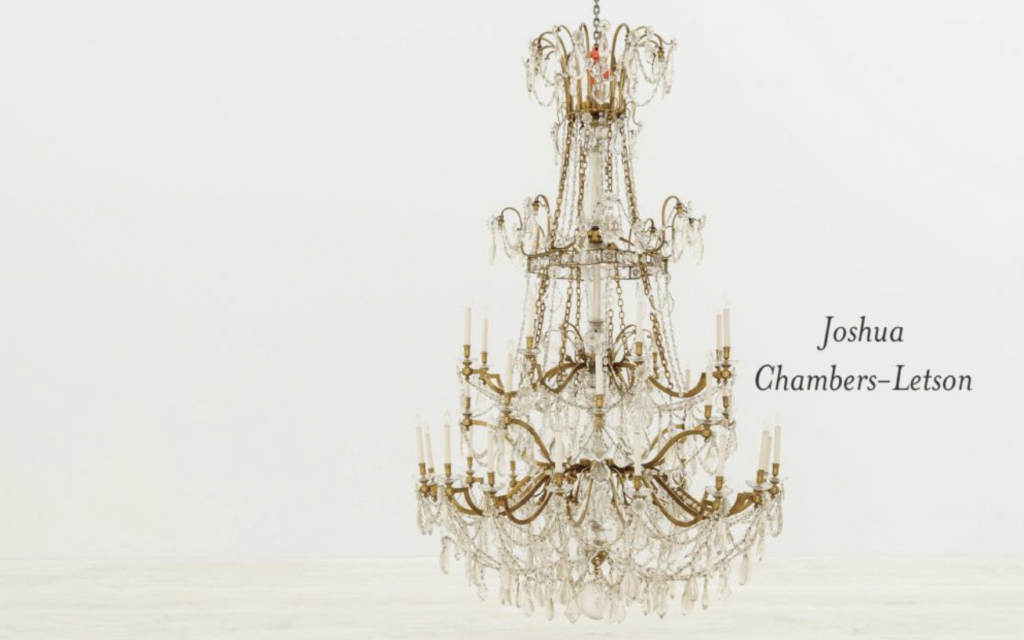 Joshua Chambers-Letson is a writer and performance theorist at Northwestern University who reckons with questions of life and death. His new book After the Party: A Manifesto for Queer of Color Life is an electrifying tour-de-force; this tender grief monument is not just about queer of color performance art—it is a work of art. I am still personally wrecked by the intimate second-person address of the preface and epilogue, which somehow finds the possibility of More Life even at scenes of loss.

You frame your book in homage to the late José Muñoz, your teacher and friend. In many ways, After the Party feels like it’s picking up where Cruising Utopia left off. Cruising Utopia outlined a wishful hermeneutics of utopia. But in grief, it can be hard to sustain that hope. How do you think performance can help us with that struggle?

Chambers-Letson: I’m not foolish enough to think I could “pick up where Cruising Utopia left off.” After the Party is probably most accurately described as a response to losing [Muñoz], but also my friends Sam and Ryan. And it’s about the challenge of living with the knowledge that the future is one in which we’ll lose even more loved ones and more kin (queer and otherwise). It was an entirely insufficient way of saying, in response to Muñoz’s work, pedagogy and life, “Thank you” and also, “Come home. We miss you.”

Performance has an intense relationship to life and to the liv[ing]. It can be a way of materializing worlds and of remembering and keeping our dead alive. In the face of devastation and great loss, people often turn to performance and ritual, putting performance to work to make what C. Riley Snorton calls “still life” possible. In performance, still life (still being alive) becomes the grounds on which one improvises More Life into reality. The tradition of the oppressed, though marked by defeat and great sadness, is also the tradition of transforming still life into More Life. I don’t know if that’s hopeful: it’s just a fact. Despite the ravages of colonialism, white supremacy, heteropatriarchy and capitalism, the persistence and extraordinary beauty of minoritarian life is a testament to this fact. And while we must demand more than just “still life,” hope and performance can be powerful tools in the struggle to realize such demands.

In After the Party, you discuss the work of Nina Simone, Danh Võ, Felix Gonzalez-Torres, Eiko, Tseng Kwong Chi, Ryan Rivera, Martin Wong, and others. How did you curate the cast of artists in this book? Who came to the party first?

Chambers-Letson: It started with Felix [González-Torres]. I went to grad school to study with Muñoz because of his work on González-Torres. Writing about FGT had always been a way of writing to my mentor. In the weeks after [Muñoz] died, that writing was the seed of this book.

One of the stories I tell is the way that Felix had conceived of his work as an ongoing conversation with his lover, Ross Laycock. When [Laycock] died, [Gonzalez-Torres] continued making work as a way of keeping that dialogue alive. He made work to make more [Laycock]. That story was always at the back of my mind while writing.

But it was also about other losses. Historical losses. In some ways it’s also a book about blackness; it’s also a book about my mother. Much of it is about the queerness of black life’s relationship to grief. Growing up, my mother loved Ella Fitzgerald, who I also love, but I was particularly drawn to the weird queer vocality and affective depths of Nina Simone and Billie Holiday. Simone has always been a figure who helped me make sense of the ceaseless catastrophes facing black and queer life. So, you know, she was at the party before any of us.

Danh Võ’s work is so much about queer and decolonial forms of loss and grief, so it made sense when he showed up. Nao Bustamante is the party. Obviously I was begging her to come along. The others… I don’t know. People just kept showing up and so it was like, “Ok, here we are. Lets see what we can get up to.”

I love the way your discussion credits museum guards, mothers and other caretakers in artists’ lives as creative collaborators. Why do you think these “peripheral” figures are usually ignored in art history?

Chambers-Letson: These forms of labor are often willfully ignored in a master discourse like art history, and it is not surprising that these are forms of labor that are overdetermined by race, gender, sexuality and class within racial capitalism and heteropatriarchy’s division(s) of labor. Museum guards, mothers and caretakers are often drawn from the domain of the feminine and queer, the black and brown, immigrants and the working class. Perhaps art history often ignores those stories because—like virtually every discipline in the academy—the (her)stories and work of people of color, queers and women are always being erased or denigrated. Or, and this can be just as bad, “included” but in a tokenizing or otherwise utilitarian fashion.

I would say that these characters are not peripheral at all. Or, rather, periphery is only a matter of perspective. Something I tried to do throughout this book is to keep the overlapping and often incommensurate worlds, stories, labors and generative powers of queers of color and women of color at the center of the frame. We are no one’s margin or periphery. We are our own centers. Always have been. That’s one perspective that (I hope) the book encourages readers to take.

You also point to the ways that performance is a form of labor, a point which is sometimes lost in the mythologizing and romanticizing of artists’ lives. What could a paradigm shift to think of the art-world in terms of labor and organizing entail?

Chambers-Letson: Making art is labor and all labor should be fairly remunerated. Like all people, artists should have access to their basic needs: thrivable (not just livable) wage, housing, education, healthcare. They need time and resources to develop their work and their craft. But the present society doesn’t do this.

The art world, like most professional, commercial and creative spheres, is so thoroughly integrated into capital that the transformation of artist’s working conditions would probably require an entirely new way of organizing ourselves and of organizing labor. Like Jameson says, regarding one of the “lessons” of Lenin, “One cannot change anything without changing everything.” We need more than just a paradigm shift in the art world, or in capital for that matter. We need a new world. Which is, incidentally, a labor that artists excel at calling for and materializing. So to my point, they should receive material support for undertaking that work.