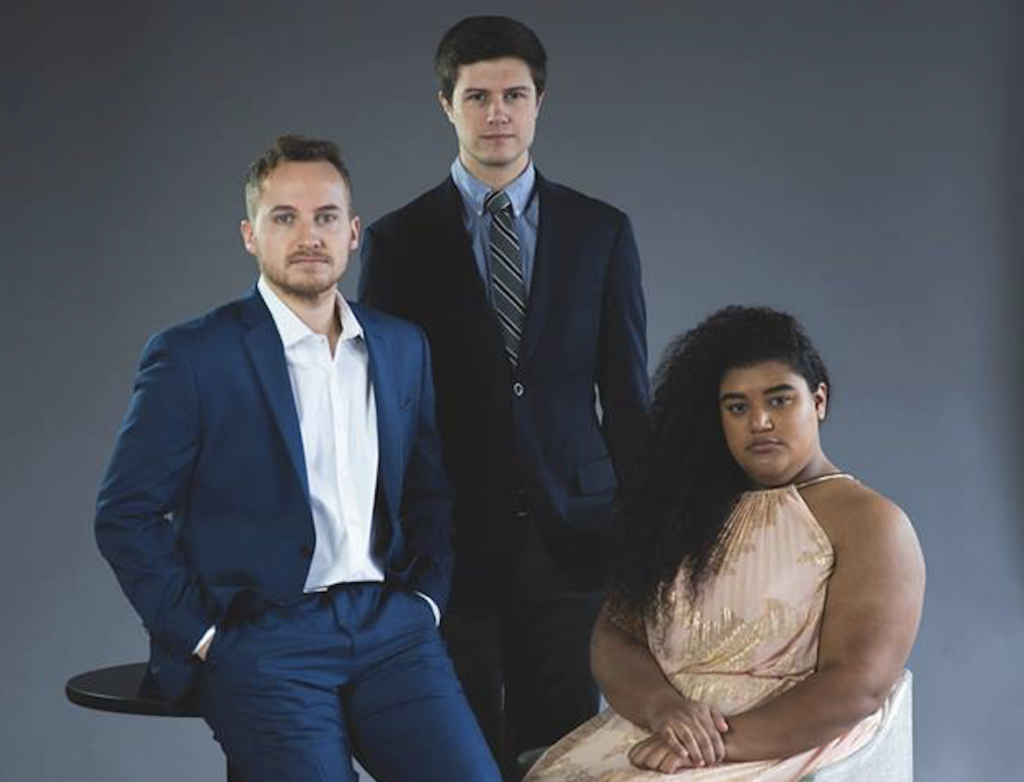 Editor’s Note: This is an expression by Olivia Sieck in response to Small Fish Big Pond in a listicle form; it is followed by information about the work and process.

Logan Square Improv (LSI)’s Small Fish Big Pond is a new comedy space in Logan Square. I love comedy that is relatable. Because listicles are heightened in popular culture and journalism outlets, I wrote down the moments I connected with during my production in that form.

Small Fish Big Pond was an hour-long hit that felt like five minutes. Kennedy Baldwin, Cameron Herdt, and Colin Rourke have a charming stage presence. Without spoiling too much, my personal favorite was the sketch with Baldwin, Herdt, and Rourke doing office work; “I’m With You” played in the background and the show ended with interpretive dance.

“We wanted to create an affordable and supportive space for people to see and perform comedy in Logan Square, because there isn’t a dedicated comedy theater around here,” Lemna said.

Before opening LSI, Lemna and Prichodko produced weekly variety show The Thursday Show, which now runs as the free, signature show of LSI.

“Our underlying mentality with LSI is to put up the best shows that we can,” Prichodko said regarding LSI’s operations. “On any given night, we want to take care of every aspect of production so that performers have a vehicle to showcase their craft and audience members can have the best experience possible.”