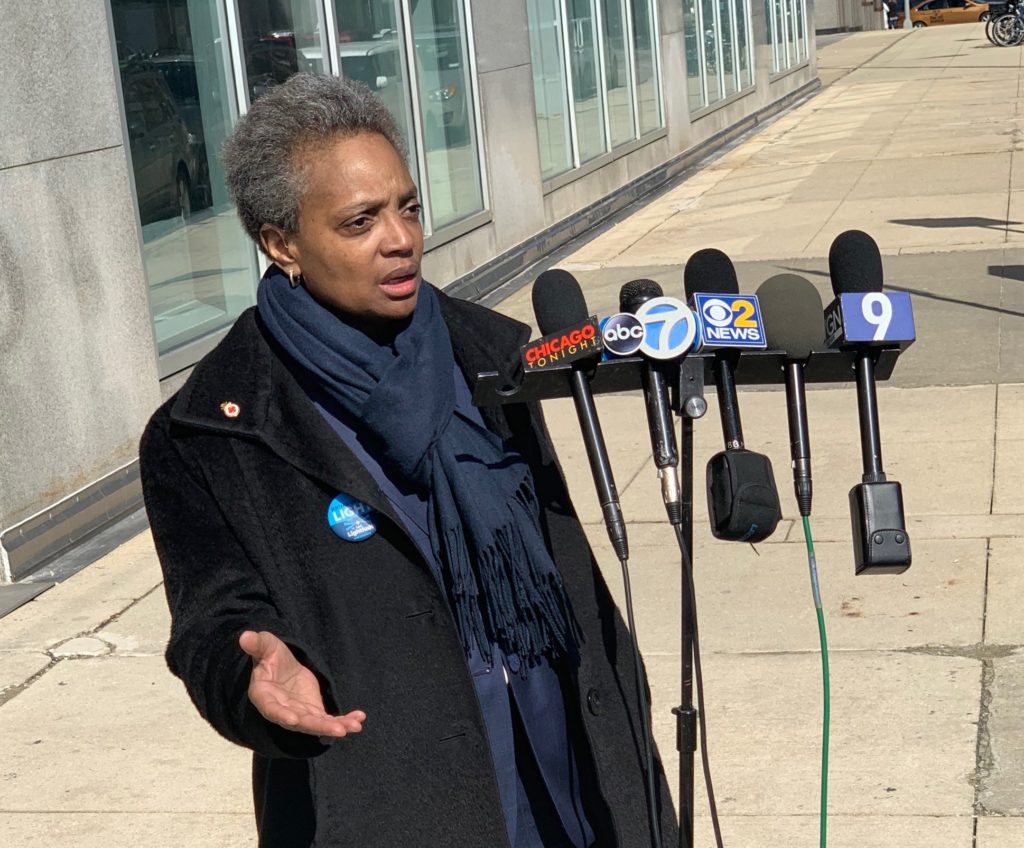 We are in that precarious middle time of Chicago politics, after the first election and before the runoff. The mayoral election took a surprising turn when Lori Lightfoot was named the frontrunner, with Toni Preckwinkle in second and Bill Daley not making the runoff.

This is a historic election in that it will mean no matter the outcome, Chicago will have its first black female-identifying mayor. That accomplishment has not stopped the discourse from turning to working to find out which one is the “more progressive.”

And it seems that quite a bit has been brought up surrounding Lightfoot, most of which was known to voters before the election, some of which are new developments.

One new development is very recent from today’s Chicago Public Safety Forum at the University of Chicago. According to Maira Khwaja, a journalist with the Invisible Institute, Lightfoot clarified that she didn’t agree with Rahm Emanuel’s proposed $95 million police academy as is, but instead wanted to budget for up to 38 more training locations.

“Shotspotter is incredible tech supported by philanthropic dollars & Strategic Decision Support Centers sponsored by Crime Lab do more than our detectives can alone.”

One notable piece of information already known is Lightfoot’s history as a federal prosecutor. Many of the Chicago Police Department point to this as a concern, noting past events in which she was formally reprimanded and statements looking to fund the police.

Nearly 20 years ago, she was formally reprimanded for “professional misconduct” by an esteemed federal appeals judge who found that she had misled another judge in a botched extradition case. The reprimand raised questions about whether prosecutors had abused their power.

Her past work as a prosecutor, as mentioned by a piece from the Chicago Reader back in January, points to rulings that both made a case of being unfair to Republicans in the city and to battling corruption in Chicago’s political system.

According to the Reader’s Doug McGoldrick:

“She prosecuted violent crime extensively in addition to bankruptcy fraud and public corruption. She helped convict former 15th Ward Virgil Jones of taking a $7,000 bribe in the Silver Shovel scandal. It was the height of the war on drugs, which she now criticizes as resulting from politicians who wanted to look tough on crime without regard for the “devastating” consequences increased incarceration would have on communities. As for her role, she told me, ‘I was a federal prosecutor enforcing existing federal law.'”

Lori Lightfoot’s vision for policing has also become a talking point, especially considering it was Rahm himself that appointed Lightfoot to her position as Chicago’s police accountability head.

Further new developments also point to Lightfoot’s recent endorsements and donations. She was just endorsed by conservative mayoral candidate Willie Wilson, who backed Trump and Rauner in the past, and has a history of homophobic comments.

Lightfoot has also been receiving donations from some of Chicago’s business people, including a 100,000 dollar donation from John Canning, who works in private equity and favored Daley prior to the runoff.

According to Chicago Business, l much of the Chicago business community, Canning had favored Bill Daley—donating $200,000, he said—to the man who ended up the third-place finisher in the Feb. 26 primary election.

A pet issue for Canning is the potentially endangered $100 million  program signed into state law last year for private-school scholarships.

This is followed up by DSA-backed alderman Carlos Ramirez-Rosa’s daily commitment to pointing out each piece of Preckwinkle’s progressive policy.

Of course, details will continue to come in and Scapi Magazine will continue to sort through them as Chicago works to find its next mayor. Please feel free to share more thoughts with us, as we as a city have a big decision to make April 2nd.