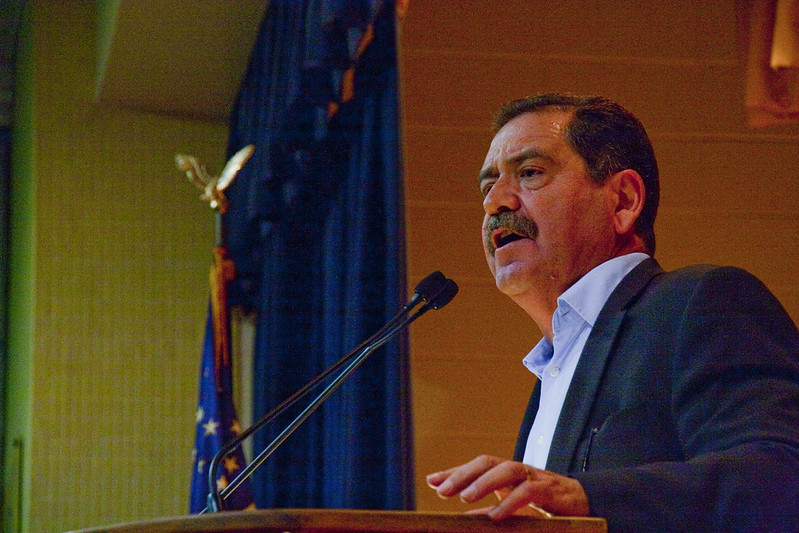 On September 24th, 2019 a group of Congresspeople including Bernie Sanders, Alexandria Ocasio-Cortez and Jesús “Chuy” García wrote and signed a letter advocating for Puerto Rican democracy and more representation in its government.

“What we are doing with this letter is telling the unelected austerity board that enough is enough,” Sanders, who is running for the Democratic Party’s presidential nomination, said in a statement to The Intercept. “Two years after Hurricane María, they are still working hand in hand with ultra-rich investors to try to squeeze blood from a stone. We are saying, stop dictating Puerto Rico’s economic decisions and let the people decide their own future.”

A federally imposed Financial Oversight and Management Board has been serving for three years and has imposed severe austerity measures on Puerto Ricans. Ever since, the commonwealth has been in protest against now ousted Gov. Ricardo Rosselló and the FOMB, locally known as the junta.

The letter is clear with its desires for Puerto Rican people: “We agree with the demands of the Puerto Rican people who came into the streets: Puerto Rico must no longer be treated as a colony,” the letter says. Signatories demanded that the board “reverse the crippling austerity imposed on Puerto Rico” and provide details regarding conflicts of interest among members of the board, as well as its consultants. The letter also demands that the board explain exactly how these massive cuts are going to achieve economic growth.

“Puertorriqueños will continue to die in the face of a severe health crisis and others are using blue tarps as roofs two years after Maria,” said Ocasio-Cortez. “We must hold la Junta accountable — otherwise Wall Street vultures will continue to be prioritized over the needs of the people.”

In 2016 the Federal government instituted a law that established a financial oversight board, a process for restructuring debt, and expedited procedures for approving critical infrastructure projects in order to combat the government-debt crisis called PROMESA.

It’s reforms to PROMESA that this letter and activists in Puerto Rico are also trying to bring attention to. Luis José Torres Ascencio, president of the Citizen Commission for the Comprehensive Audit of Public Credit, recalled the words of a retired public employee who attended. “I supported PROMESA and the fiscal control board,” he said, referring to the law that created the board. “Today I see that they are doing the same thing we were criticizing our government for. So now I want the board gone.”

“We as a coalition of groups in Puerto Rico and the U.S. continue to oppose PROMESA and any other legislation that imposes federal oversight in Puerto Rico, because it hasn’t worked,” he said, referring to a coalition that includes Vamos4PR, the Center for Popular Democracy, Boricuas Unidos en la Diáspora, Diáspora en Resistencia, Diáspora en Acción, and Construyamos Otro Acuerdo. “The summer uprising showed people want democracy; they want to be part of the decisions being made.”