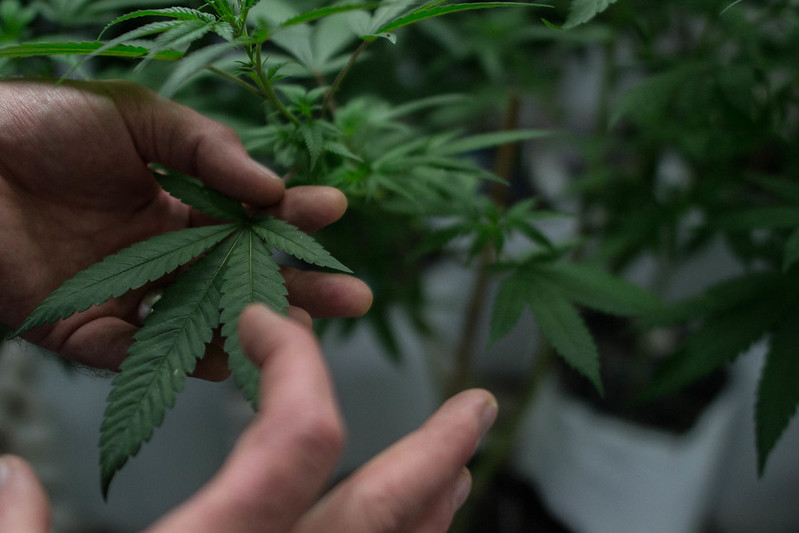 Aldermen were set to vote on Lightfoot’s proposed zoning rules, but Black Caucus members refused to go along with the plan, setting off a flurry of furious negotiations that went well into the evening.

“At the end of the day, there’s nothing in this ordinance that will help make sure the black and brown community will be able to get part of these dispensaries, whether it be medical marijuana or recreational marijuana,” Beale said. “We’re still being locked out, and there’s no path to making sure our communities are represented in order to obtain these licenses.”

Lightfoot’s original proposal included a loophole that would allow existing medical dispensaries to be able to immediately pivot to legal recreational sales without first abiding by the new zoning rules.

It was this and other zoning issues that led to a long debate that went well into Tuesday night finally ending with zoning chair Ald. Tom Tunney announcing that aldermen reached a compromise to require businesses seeking to open a dispensary in certain areas zoned B3 and C1 to seek a zoning change and a special use permit. This would mean that they would need to appear before the City Council for approval.

There was also contention around stores not being allowed downtown, as some council members feel that it wouldn’t be as lucrative of a move to legalize without that area. Lightfoot said the expected $10 million annually in tax revenue would be a drop in the bucket for the $838 million already missing in the city’s budget.

In a press release minutes after the hours-long meeting concluded, caucus Chair Jason Ervin, 28th, said under the current plan, “there will undoubtedly be economic loss and opportunities for African Americans. There is currently zero African American participation among the 11 existing dispensaries—who will get the first shot at the market during the first year of legalization.”

“Ultimately our push is that the black community have a decent shot at ownership in this business,” Ervin told reporters after the meeting. “Right now, we do not agree with the 11 current dispensaries being given carte blanche day one. . . .We would like to see equity in the process where people across all walks have an opportunity to participate on a level playing field.”

Mayor Lori Lightfoot told dissenters at a press conference that the way to promote equity was “through Springfield, through legislation,” and said she was not “sure where they were during the spring session” when the bill was being debated. “We need to get this done,” she said she told them of the zoning ordinance, and the pathway to further equity is not to “kill it in Chicago.”